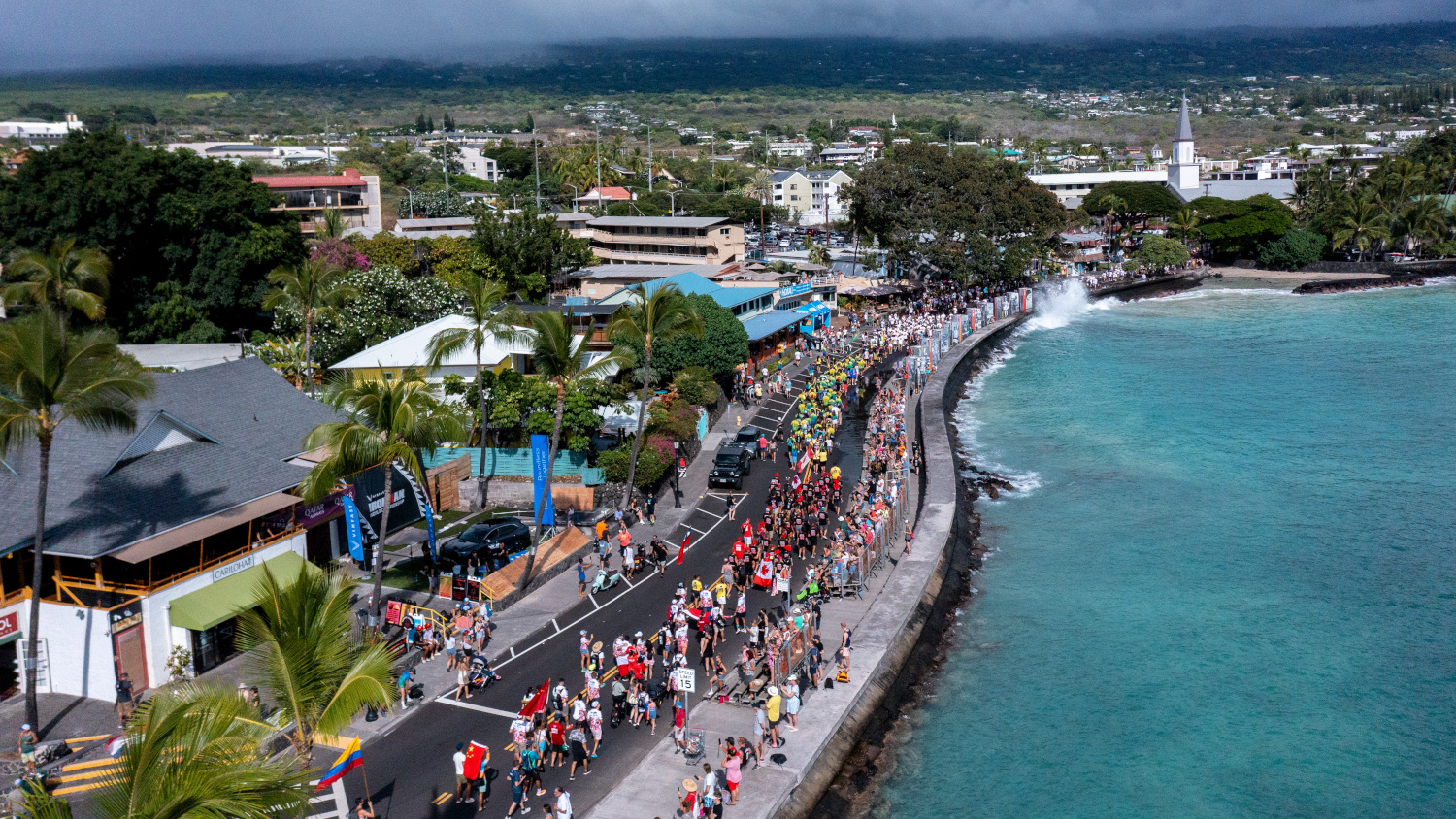 KAILUA-KONA, Hawaiʻi - The "Voice of IRONMAN", Mike Reilly, led the parade down Aliʻi Drive as the Grand Marshal. 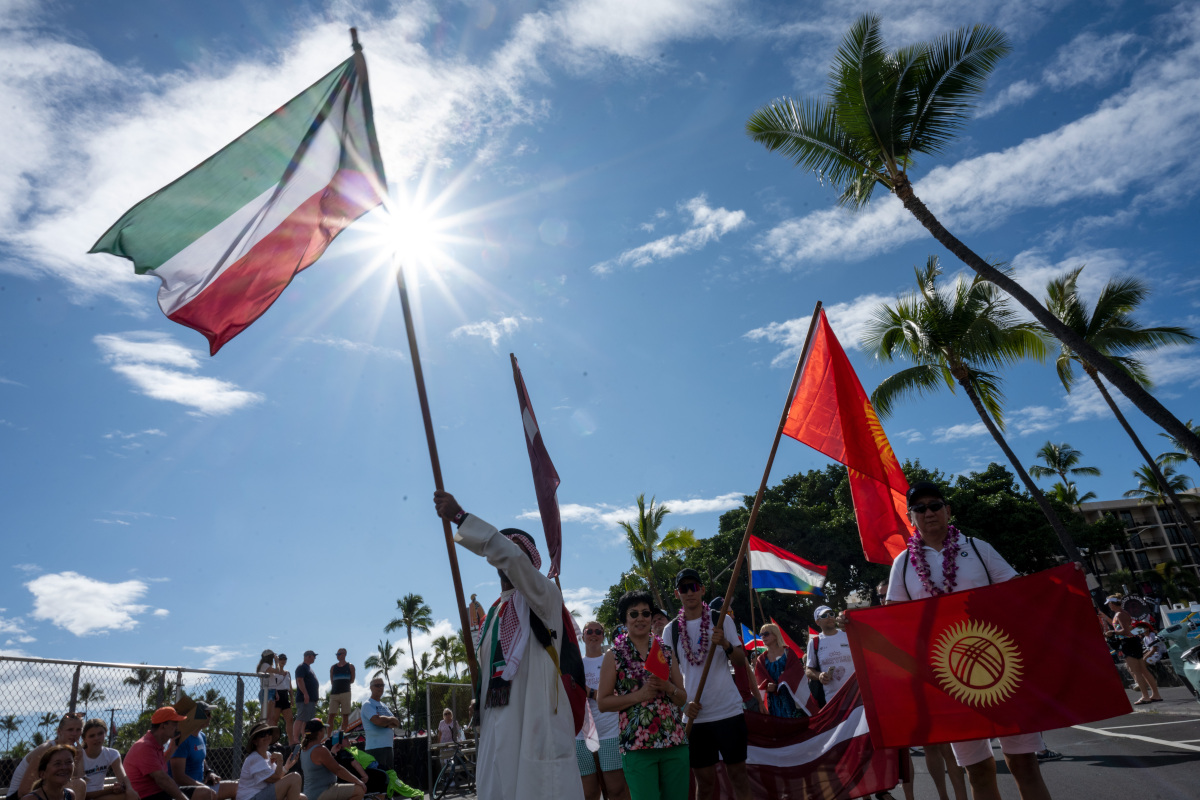 From an IRONMAN news release:

After a cloudy morning, the sun peeked out just in time to heat things up for the Parade of Nations. This tradition celebrates how truly global the IRONMAN World Championship is and this year, 92 countries are represented.

Michael Carroll of Brisbane, Australia, who is in Kailua-Kona to watch his daughter Eloise compete, watched the parade from the shade near the KBH, in awe of how many athletes were racing. “It’s fantastic – there’s such a sense of celebration,” he said. 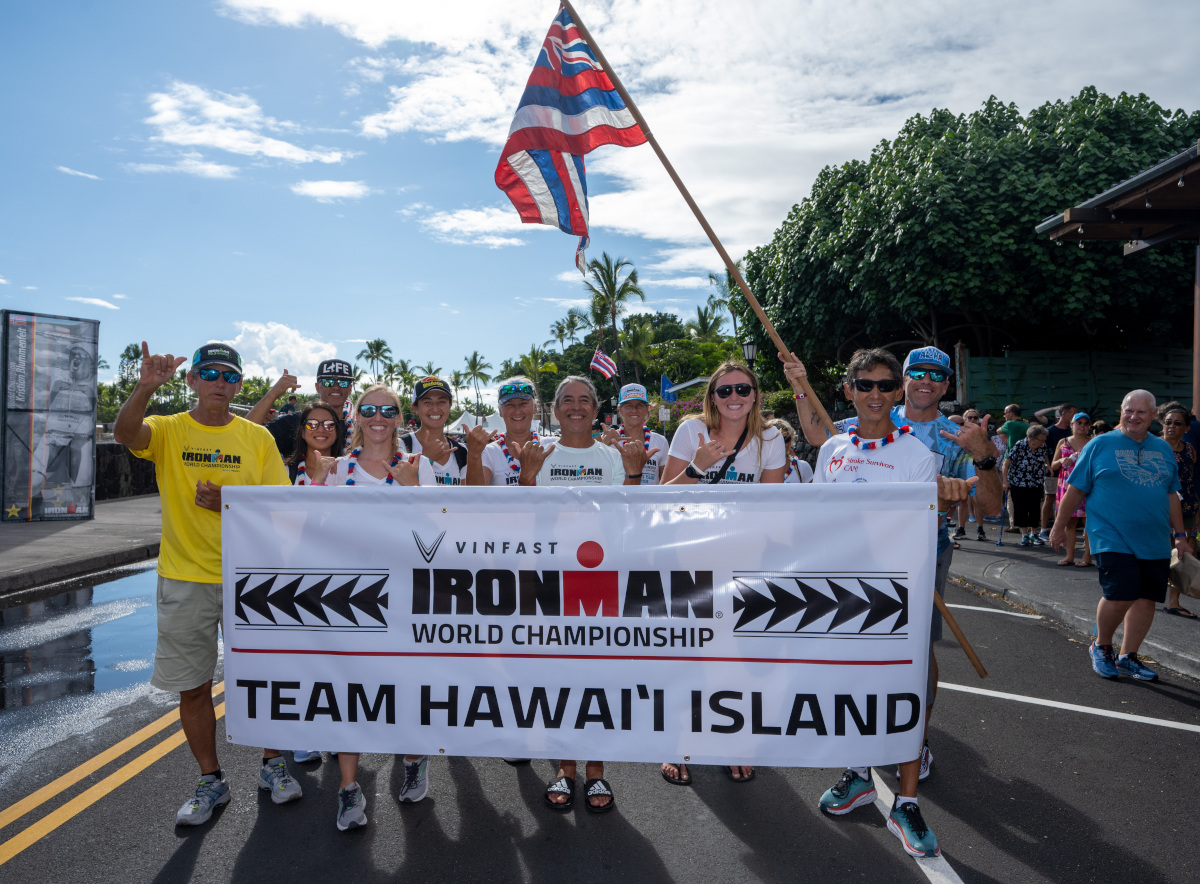 That celebratory energy was contagious from the start at the KBH all the way to the end at Hale Halawai. Kiddos threw shakas, athletes, friends, and family waved flags and waved to spectators, and the German contingent did push-ups in the middle of Ali’i Drive.

“It was great fun,” said first-time IRONMAN World Championship athlete Justin Dutton, from Wicklow, Ireland. He and his entire family – wife Fiona and kids Erin, Fionn, and Senan – represented Ireland in the parade. “It adds to the whole atmosphere and builds on the excitement [of the race].”

Kelvin Steyn agreed, proudly representing South Africa, both in the parade and the race. “It’s just a really cool vibe and amazing experience. It’s starting to feel real and not like a holiday,” he said.