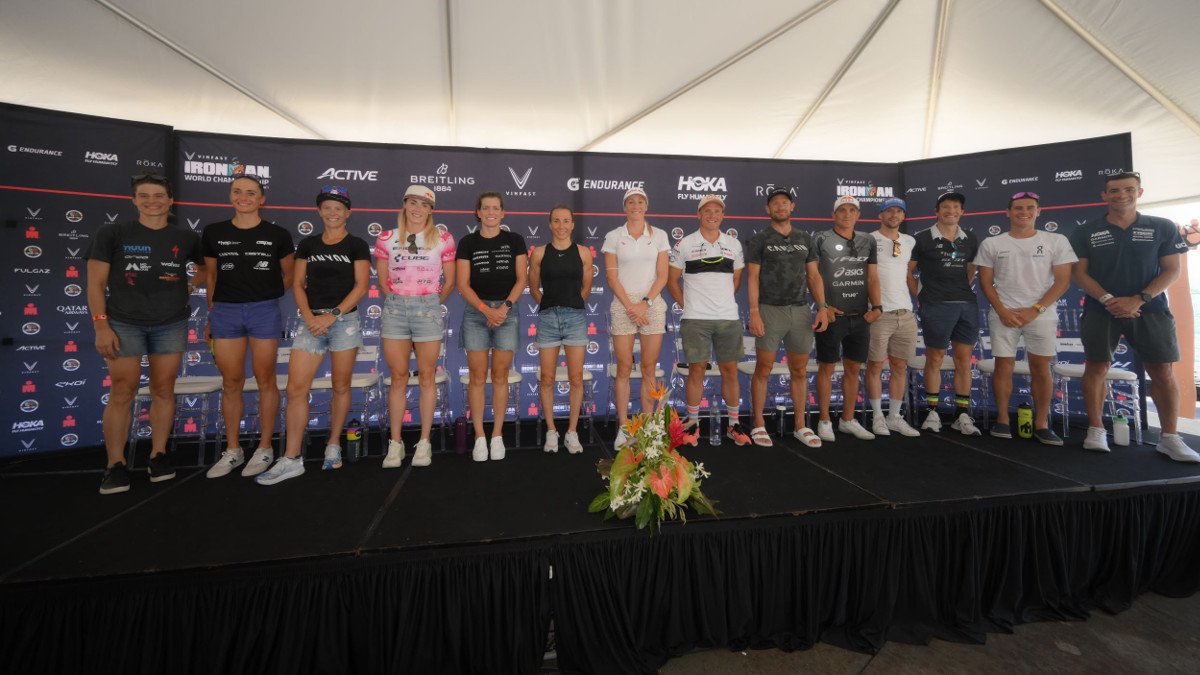 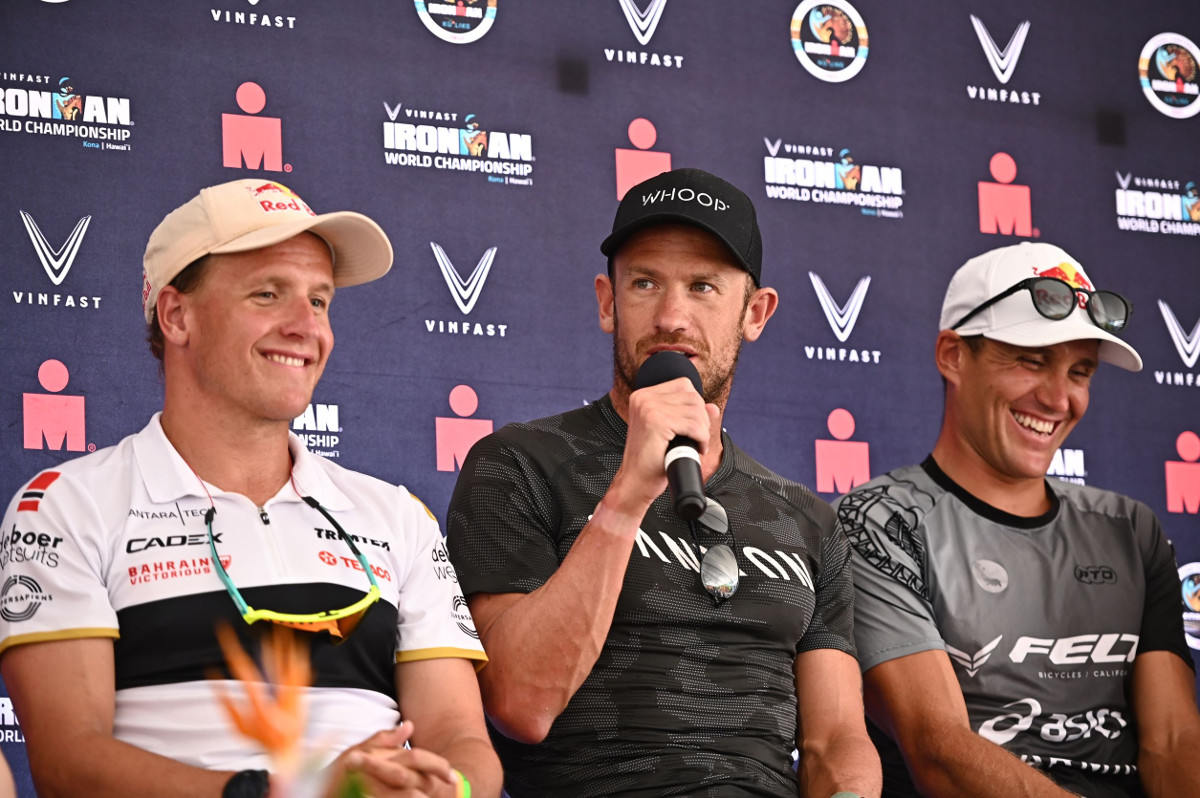 From the IRONMAN news release: 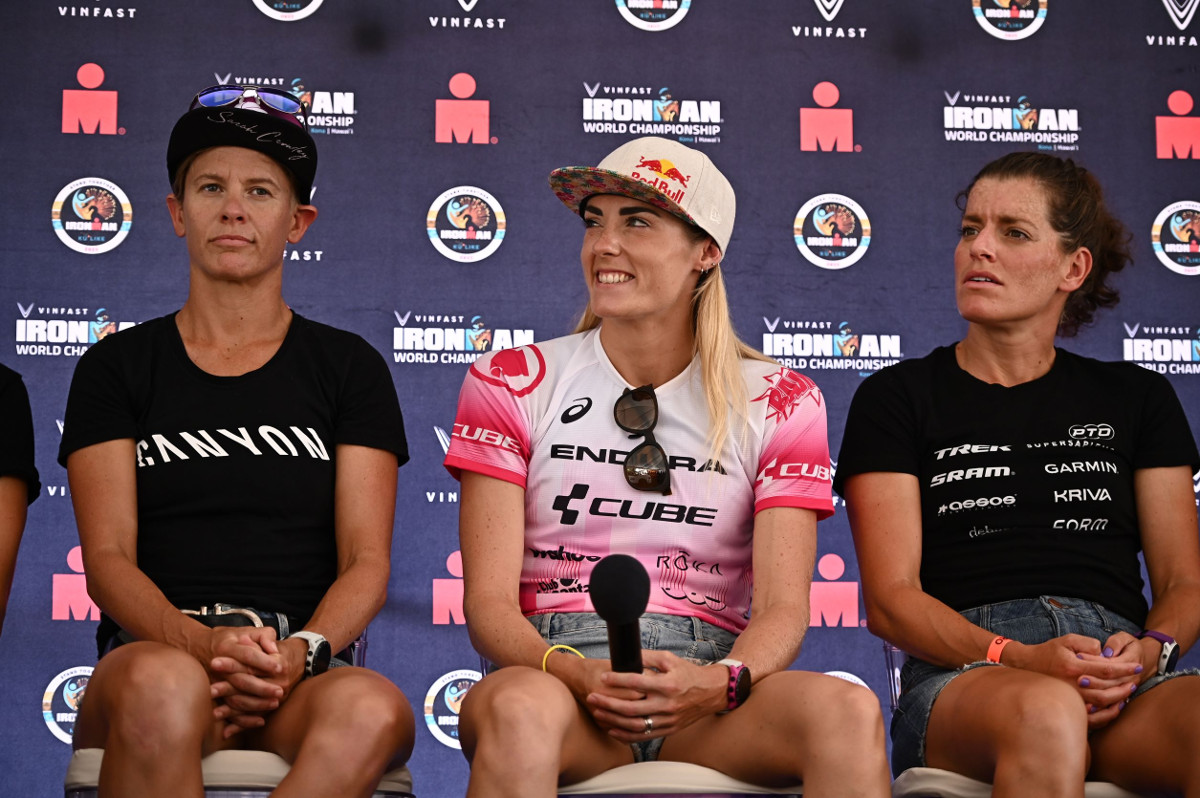 The male and female professional favorites gathered this morning to talk competition, the course, and what it means to be back in Kailua-Kona after a three-year hiatus. On the women’s side, Daniela Ryf (CHE), Anne Haugh (DEU), Sky Moench (USA), Lucy Charles-Barclay (GBR), Sarah Crowley (AUS), Laura Phillip (DEU), and Sarah True (USA) were interviewed by race announcer Paul Kaye. Sarah True expressed her excitement to race remarking, “a happy athlete is a faster athlete, and I am definitely that,” while Lucy Charles-Barclay described being in Hawai`i for the 2022 VinFast World Championship following a hip stress fracture in the beginning of the year as a “pinch me moment.” Laura Philipp and Daniela Ryf look forward to having a dedicated day of racing, separate to the men’s professional race, with Lionel Sanders reminding Daniela of a time when she had to bark ‘get out of the way’ to him as she came out of the water.

On the men’s side, Kristian Blummenfelt (NOR), Lionel Sanders (CAN), Braden Currie (NZL), Patrick Lange (DEU), Sebastian Kienle (DEU), Gustav Iden (NOR), and Tim O’Donnell (USA) all had their turn on the mic. Tim O’Donnell expressed his gratitude to “be here, and not just be here racing, but be here,” following his scary heart attack during competition in 2021. While certainly glad to be at the pre-race press conference for his final IRONMAN World Championship, Sebastian Kienle (GBR) stated that he has his sights set on being at the post-race press conference, which would be earned following a top five performance.

Along with race talks from the pros, Hawaiʻi County Mayor Mitch Roth welcomed the professional athletes back to the state of Hawaiʻi with a warm Aloha while Andrew Messick, President & Chief Executive Officer of The IRONMAN Group, reminded the IRONMAN ‘Ohana to Live Aloha and that while the IRONMAN World Championship has been away for three years, IRONMAN never left the Island serving over 130,000 meals to the community when the world turned upside down during the pandemic. VinFast CEO of US Manufacturing, Ms. Van Anh Nguyen gave podium-hopefuls a glimpse at the lead pace vehicle, the VF VinFast 8 and shared how IRONMAN athletes and the endurance they show, aligns perfectly with VinFast and their entry into North America. 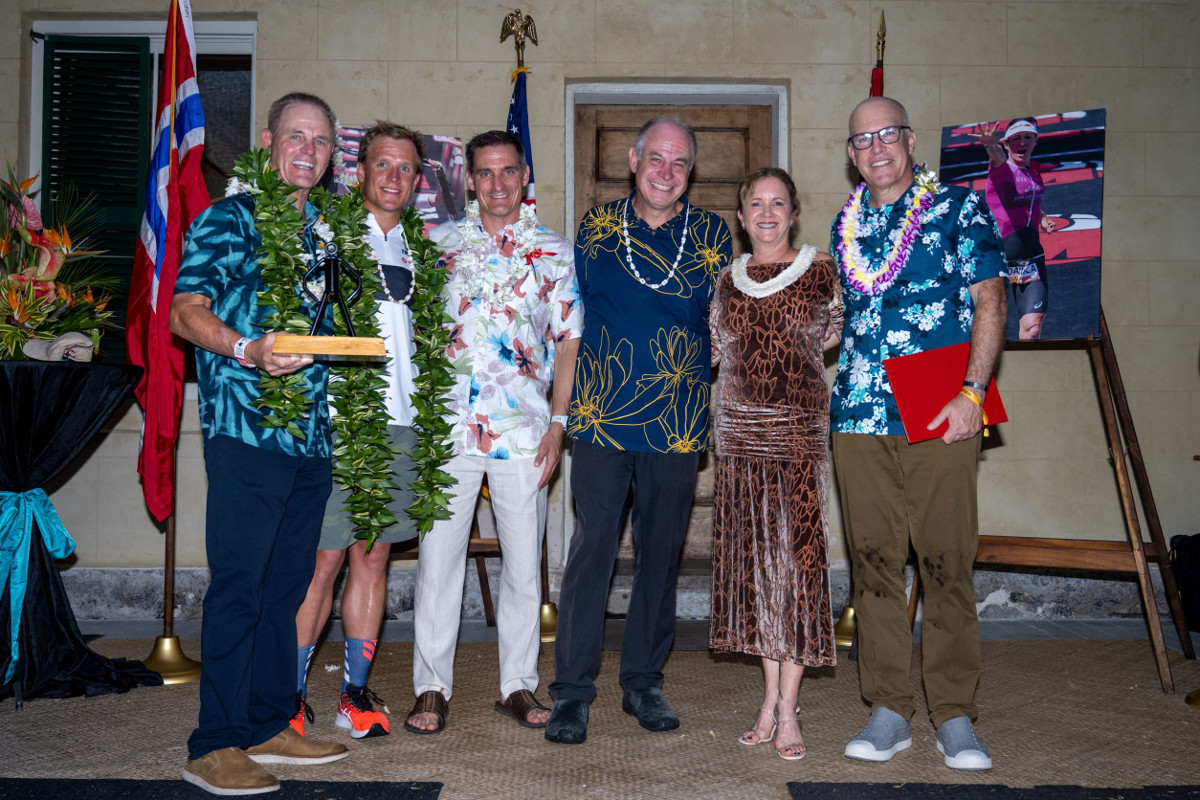 HONORING THE VOICE OF IRONMAN

For over 30 years Mike Reilly has been the voice of IRONMAN, calling thousands of athletes across the finish line at over 200 events, and this year, it is the IRONMAN ʻOhana’s turn to call Mike across the finish line at his 33rd and final IRONMAN World Championship. Mike was honored at the Aloha Ceremony on the evening of Monday, Oct. 3 and was presented with a gold microphone at the pre-race pro briefing on Tuesday, Oct. 4. 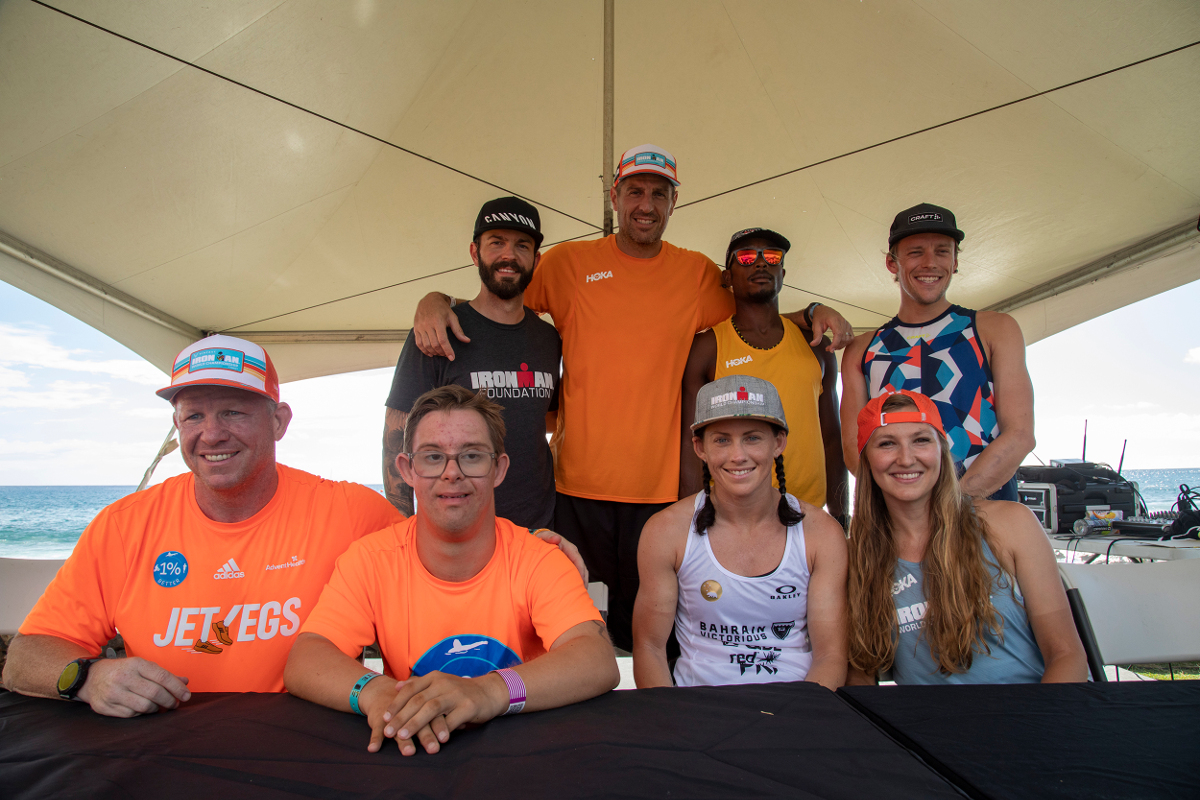 Media members and those in the Athlete Village this afternoon also got the opportunity to hear the inspiring stories behind some of the ambassador athletes taking part in the 2022 VinFast IRONMAN World Championship. Amongst them was Sebastien Bellin, Belgian-Brazilian former professional basketball player who sustained serious injuries in the Brussels Bombing, and now describes triathlon as his ‘healing’. Chris Nikic, who made history when he became the first person with Down syndrome to complete a full-distance IRONMAN triathlon, cited his 100-mile bike rides he has been doing to get him ready for the Queen Ka’ahumanu Highway. For handcycle paratriathlete Lauren Parker, this week serves as a long-awaited return to the iconic Kailua-Kona course after racing as an able-bodied athlete in 2015 and placing second in her age-group. Sam Holness spoke about being an athlete with autism and what it means to inspire others, while Tik-Tok star Noel Mulkey credited his community with the “circular inspiration” that occurs by those he inspires, and they then also inspire him. Quest For Kona athlete Corrie Weikle and country music singer songwriter Ryan Kinder, shared their inspirations and what drives them.