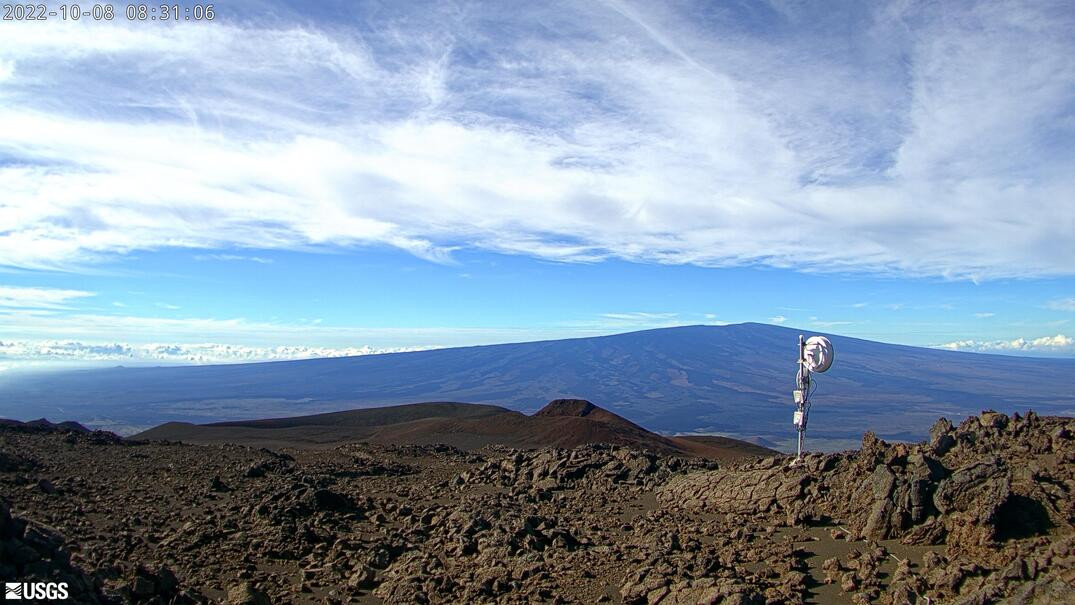 HAWAIʻI ISLAND - Scientists say the current unrest is most likely being driven by renewed magma input about 2 to 5 miles beneath Mauna Loa’s summit. 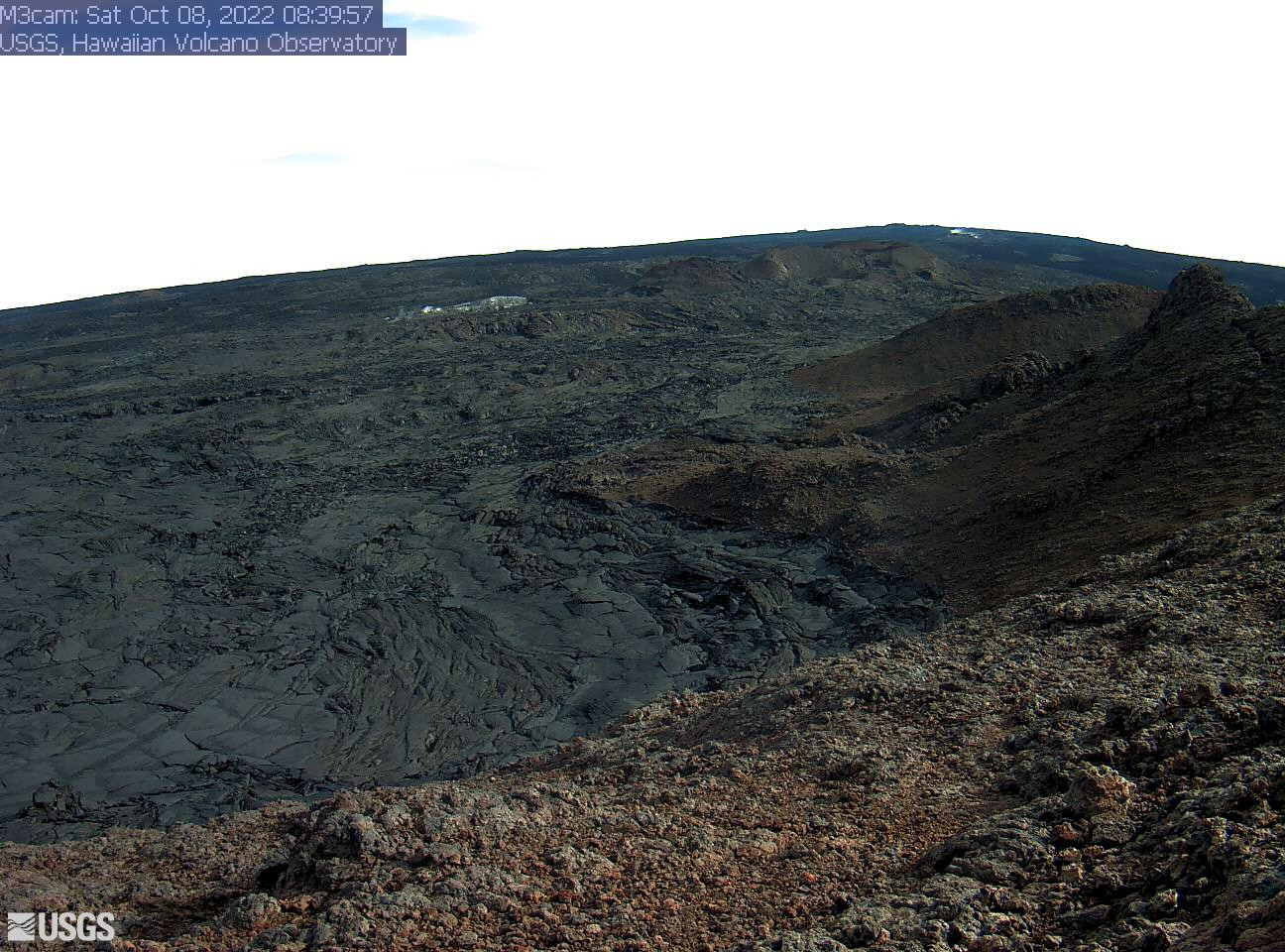 USGS image from a research camera positioned on a cone in Mauna Loa’s Southwest Rift Zone in Hawaiʻi Volcanoes National Park. “The camera looks northeast (upslope), focusing on the upper part of the Southwest Rift Zone,” the USGS says. “The upper flank of Mauna Loa forms the skyline.”

From the USGS Hawaiian Volcano Observatory on Saturday, October 8:

Activity Summary: Mauna Loa is not erupting and there are no signs of an imminent eruption at this time. However, Mauna Loa continues to be in a state of heightened unrest as indicated by increased earthquake activity and inflation of the summit. The current unrest is most likely being driven by renewed input of magma 2-5 miles (3-8 km) beneath Mauna Loa’s summit. Monitoring data show no significant changes in the past day and conditions remain similar to those reported for the past week.

Observations: During the past 24 hours, HVO located over three dozen small-magnitude (below M3.0) earthquakes 2-3 miles (3-5 km) below Mokuāʻweoweo caldera and 4-5 miles (6-8 km) beneath the upper-elevation northwest flank of Mauna Loa. Both of these regions have historically been seismically active during periods of unrest on Mauna Loa.

Narrative: Heightened unrest began in mid-September 2022 with increased earthquake rates below Mauna Loa summit (from 10-20 per day to 40-50 per day), an increased rate of inflation recorded by GPS stations, and inflation recorded on the MOK tiltmeter. The unrest is likely caused by renewed input of magma into Mauna Loa’s summit reservoir system. As the reservoir expands it is triggering small earthquakes directly beneath Mokuāʻweoweo caldera and in a region just to the northwest of the caldera. Deeper magma input (greater than 2 miles, 3 kilometers) is detected by the continued increase in upward movement and extension measured between GPS stations located on the ground surface. Shallower magma input (less than 2 miles, 3 kilometers) was likely responsible for inflation recorded on the summit tiltmeter during the last two weeks of September. The current locations of earthquakes and deformation do not necessarily mean that the next eruption will occur there. Mauna Loa remains at an elevated alert level of ADVISORY/YELLOW. The current increase in activity does not suggest that a progression to an eruption is certain, and there are no indications that an eruption is imminent.

HVO will continue to closely monitor Mauna Loa for changes.