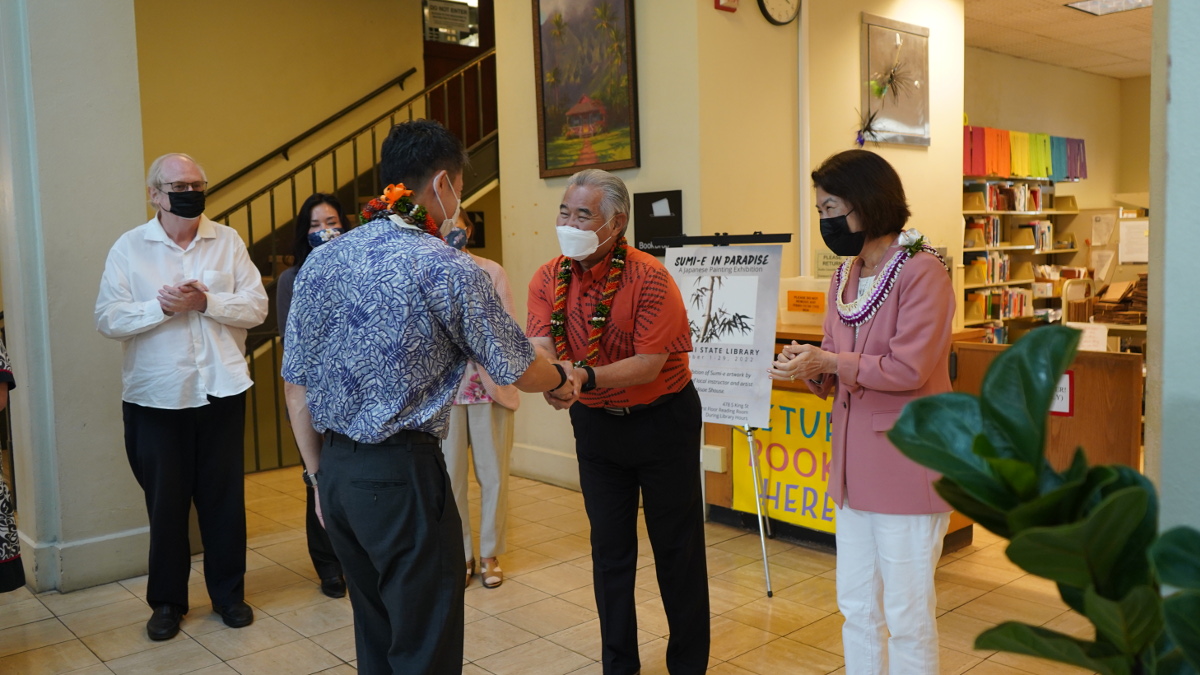 HONOLULU, Hawaiʻi - The visit follows the August signing of the Sister-Library Agreement between the Hawai‘i and Hiroshima library systems. 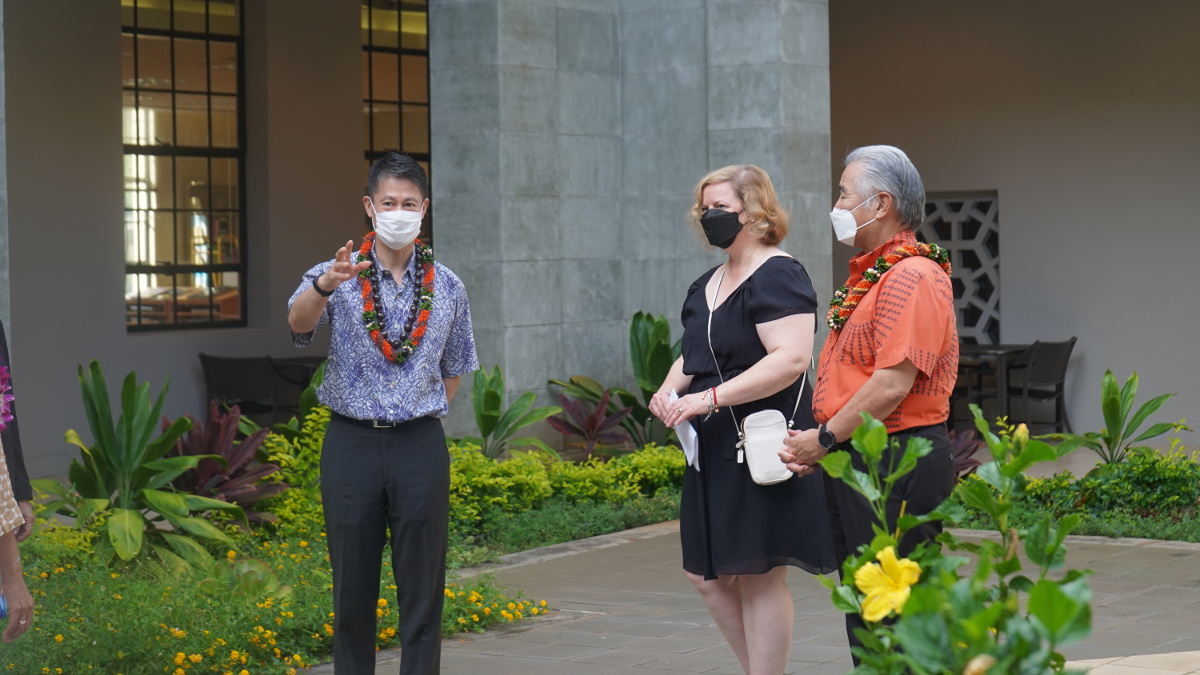 (BIVN) – On Wednesday, the Governor of Hiroshima, Hidehiko Yuzaki, visited the Hawaiʻi State Library. The appearance follows Governor David Ige’s visit to Hiroshima, Japan in late August, where the leaders signed a Sister-Library Agreement between the Hawai‘i State Public Library System and the Hiroshima Prefectural Library.

“Libraries can serve as a way for countries to connect through literature, the love of reading, and an exchange of ideas which brings our world closer together in a meaningful way,” said First Lady Ige in a State news release.

“It was an honor to welcome Governor Yuzaki as we continue strengthening the bonds between the State of Hawaiʻi and Hiroshima Prefecture,” said Gov. Ige. “Our Sister State Library Agreement is one of the many ways we are building a strong future of collaboration and mutual understanding.”

They posed for photos in the Edna Allan Children’s Library, where the books exchanged between Hiroshima and Hawaiʻi were on display. The books given to Hiroshima by Mrs. Ige include “Leilani Blessed and Grateful” by ʻIolani School teachers Greg Bowman and Alan Suemori, illustrated by Jamie Tablason, and “Snow Angel, Sand Angel” by author, poet and educator Lois-Ann Yamanaka, illustrated by Ashley Lukashevsky.

The visiting Hiroshima library staff were also taken on tours of the Nānākuli and Waipahu public libraries.