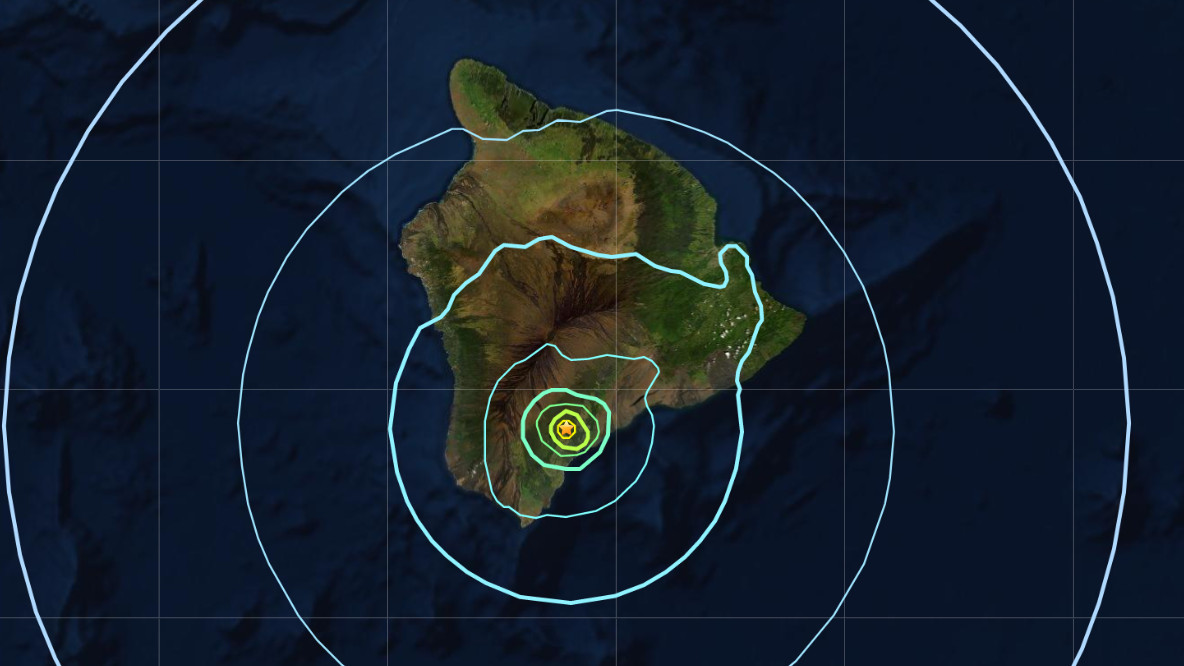 image from USGS interactive map showing the location of the M 5.0 earthquake

HAWAIʻI ISLAND - The strongest of several earthquakes under the southeast flank of Mauna Loa volcano was a Magnitude 5.0, as of 9:30 a.m. HST on Friday. 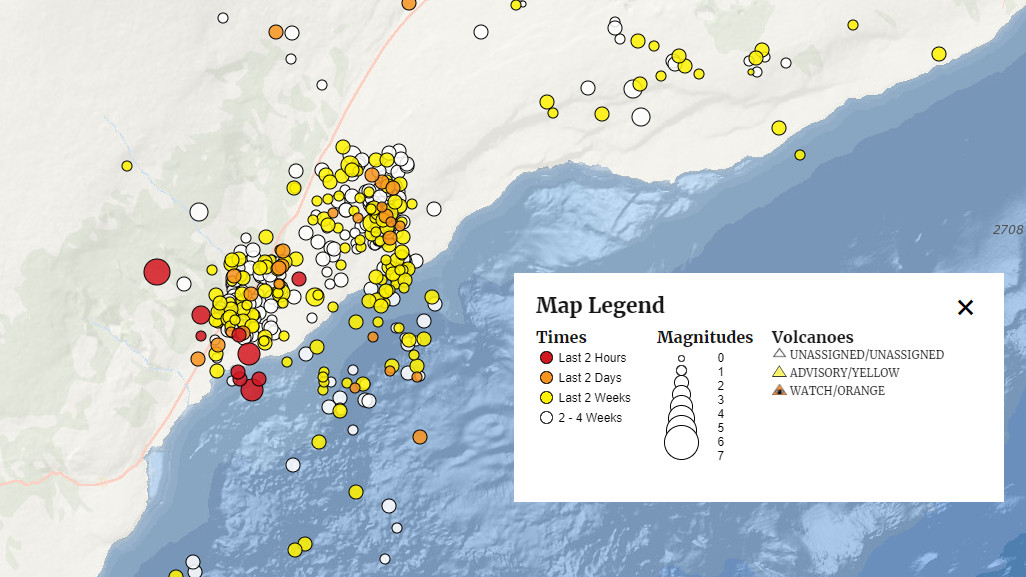 image from USGS interactive map showing the location of the earthquakes

(BIVN) – Multiple earthquakes were recorded under the Kaʻū region on the southeast flank of Mauna Loa on Friday.

The earthquakes were near the ongoing swarm of deep Pāhala earthquakes, but were of a higher magnitude and were not measured as deep.

The strongest earthquake was measured at a Magnitude 5.0. The Pacific Tsunami Warning Center said a tsunami was not expected from the event, but said that some areas may have experienced shaking. Hundreds reported feeling the earthquake across Hawaiʻi island.

The Hawaiʻi County Civil Defense also issued an alert following the earthquake, saying “as in all earthquakes, be aware of the possibility of after-shocks.”

“If the earthquake was strongly felt in your area, precautionary checks should be made for any damages; especially structural and to utility connections of Gas, Water, and Electricity,” civil defense officials said.

Scientists have recently noted that Mauna Loa is experiencing a “state of heightened unrest”, although as of the most recent update from the USGS Hawaiian Volcano Observatory, the volcano “is not erupting and there are no signs of an imminent eruption at this time.” These earthquakes are not located near the summit, where most of the recent activity linked to the heightened unrest have been recorded.

UPDATE – (10:33 a.m. HST on Friday) – After a review by scientists, the magnitude of strongest earthquake was revised up to a Magnitude 5.1.

This story will be updated with information from the USGS Hawaiian Volcano Observatory when it becomes available.