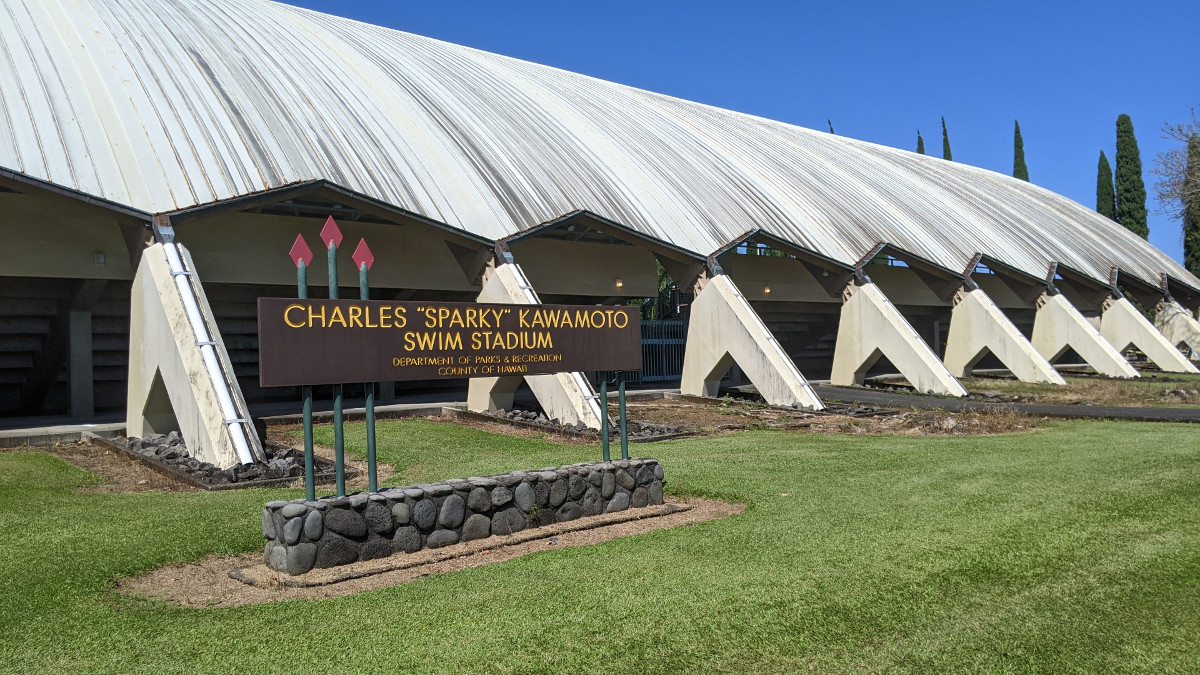 Outside the closed Sparky Kawamoto Swim Stadium in Hilo on Tuesday 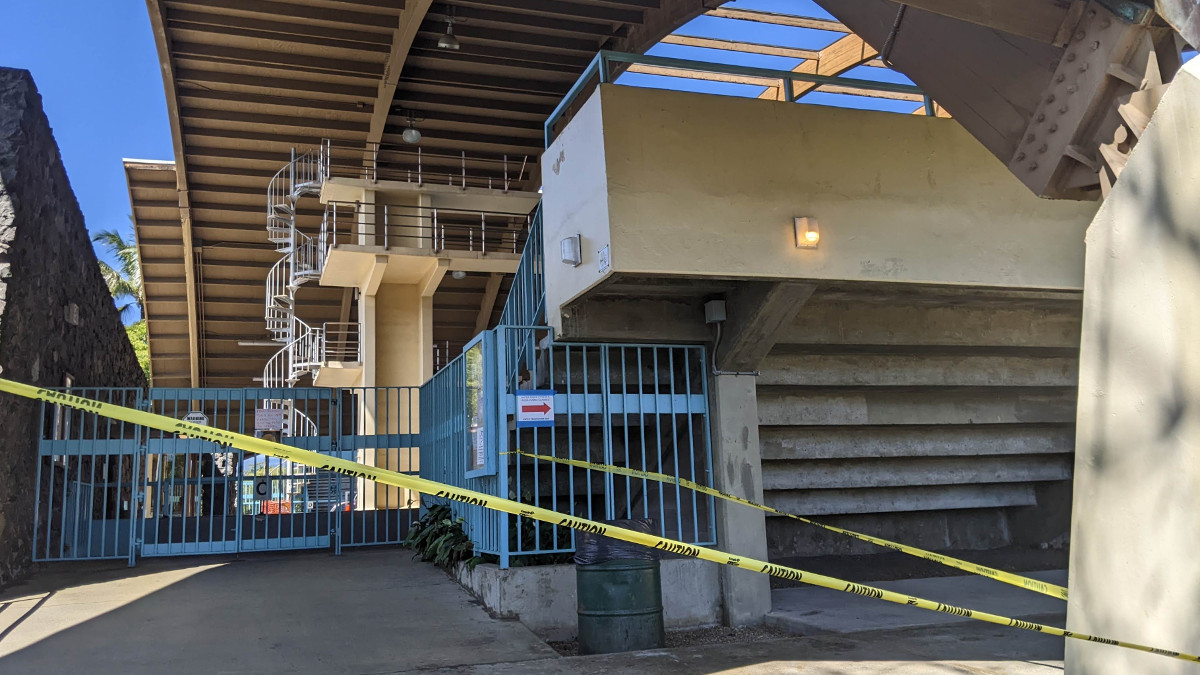 Outside the closed Sparky Kawamoto Swim Stadium in Hilo on Tuesday

(BIVN) – The Sparky Kawamoto Swim Stadium in Hilo was closed on Tuesday, after lifeguards discovered a body at the bottom of the pool.

No foul play is suspected, County officials stated. They noted appropriate protocols were followed, and the police and fire departments were dispatched promptly to the scene.

“We’d like to mahalo our County lifeguards for their swift action in ensuring the prompt recovery of the body while maintaining the professional demeanor to ease pool-goer concerns through the recovery and initial investigation process,” said Mayor Mitch Roth in a news release. “Any loss of life is unfortunate, and we send our condolences to the friends and family of the individual. We’re confident in our officers’ ability to conduct a thorough investigation and will patiently await their findings. Lastly, we apologize for any inconvenience the closure may cause, especially for those who use the pool daily for exercise and leisure.”

The Hawaiʻi Police Department followed up with this additional information:

On Tuesday morning, October 18, 2022, shortly after 8:30 a.m., South Hilo Patrol officers and Hawai’i Fire Department personnel responded to the swim stadium on Kalanikoa Street, after receiving a report of a body being located at the bottom of the pool.

When first responders arrived on scene, they determined that County lifeguards had discovered the body and extricated the victim from the water. It is believed the victim entered the facility sometime while the pool was closed.

Detectives with the Area I Criminal Investigation Section responded to the scene to continue this investigation, which is currently classified as a coroner’s inquest. Preliminary observations of the body did not indicate any visible trauma, and police do not suspect foul play.

An autopsy will be performed later this week to determine the exact cause of death.

The identity of the victim, who appears to be a male in his mid-20s, is pending positive identification and notification of next of kin.

Police have concluded their investigation at the swimming pool; however, according to County officials, the pool remains closed at this time while appropriate protocols are followed to ensure everyone’s safety.

Police ask anyone who may have information relative to this case to call the police department’s non-emergency number at (808) 935-3311, or Detective Casey Cabral of the Area I Criminal Investigation Section at (808) 961-2384 or email Casey.Cabral@hawaiicounty.gov.