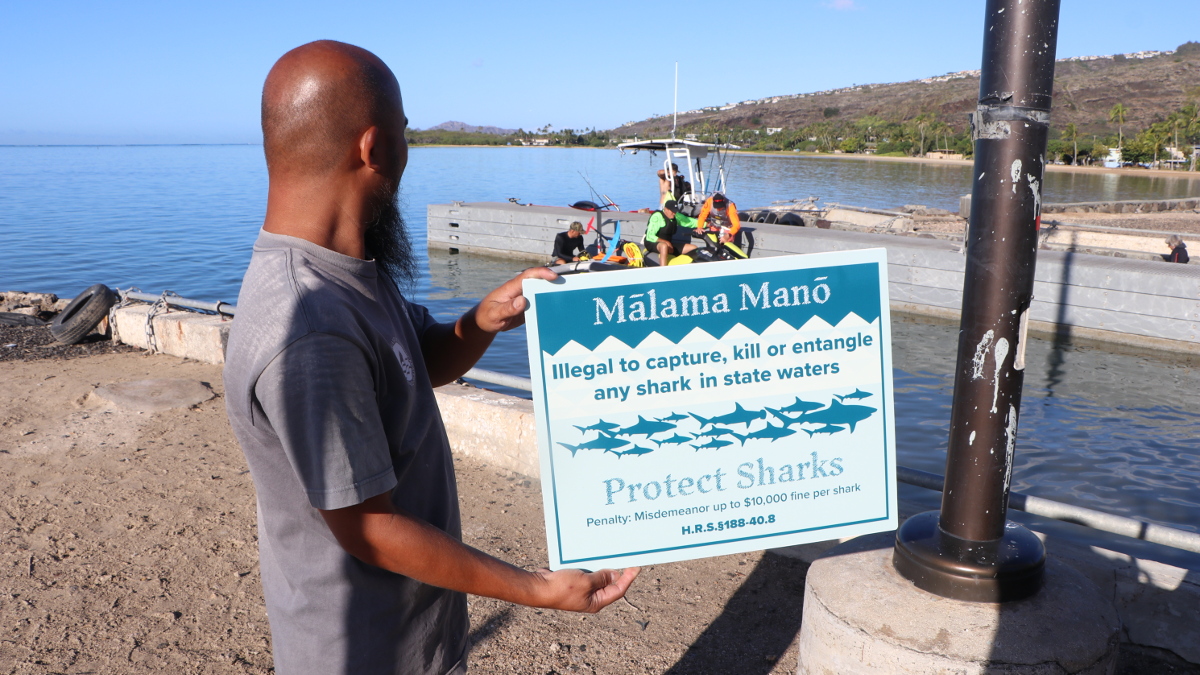 HAWAIʻI - Visual reminders of the important role of mano (sharks) in native Hawaiian culture are going up at boat harbors, ramps, and facilities across the state. 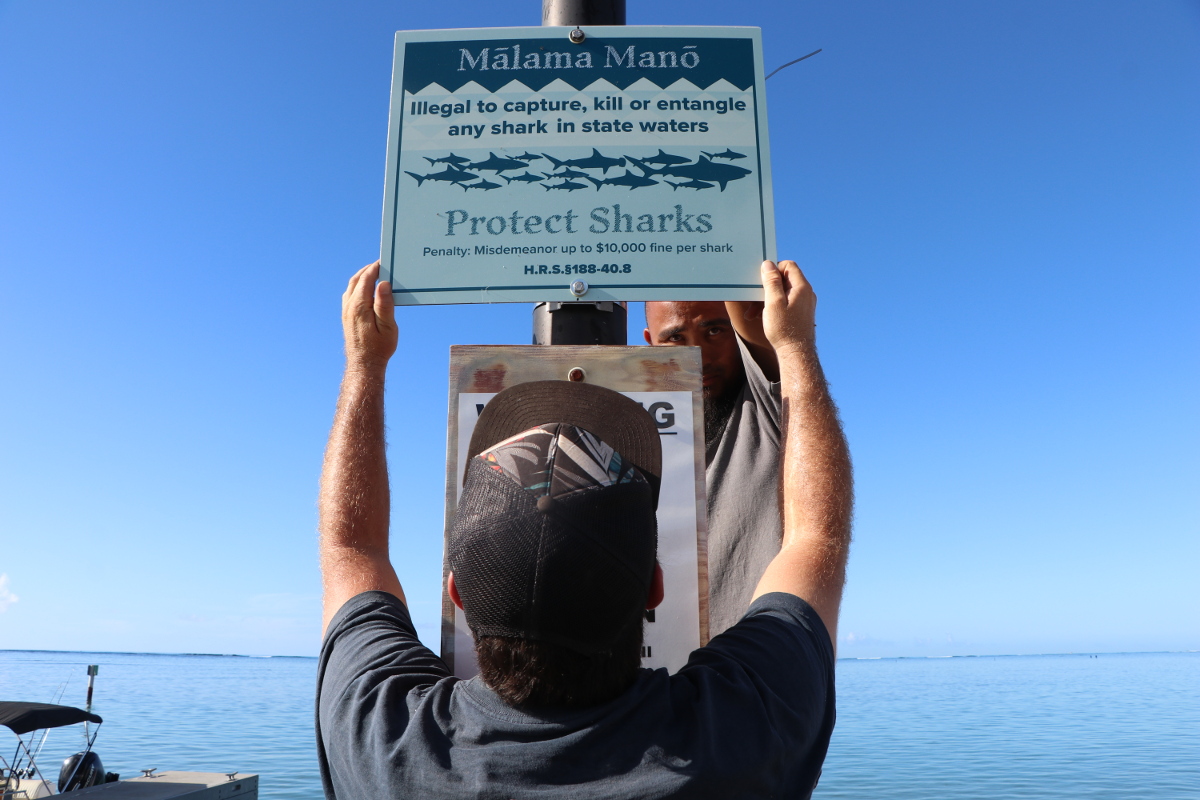 This morning, a team of workers from the DLNR Division of Boating and Ocean Recreation (DOBOR) removed a pair of faded signs from a post at the Maunalua Bay boat ramp. They then began putting up a pair of new signs – reminders of the important role of mano (sharks) in native Hawaiian culture, ocean health, and resiliency.

DOBOR crews have been busy installing 8-12 signs on each island at some of the division’s 40 harbors, ramps, and facilities across the state.

DOBOR Administrator Ed Underwood said, “While we hope the signs engender respect for sharks and their natural and cultural roles in Hawai‘i, they also serve as a reminder of a new law that went into effect on January 1st, extending protections to more than 40 species of sharks that frequent State waters.”

The signs were funded through a partnership between DOBOR and For the Fishes, and Moana Ohana, which for years advocated to enhance rules and laws that protect sharks.

In addition to the new signs, most of which have now been installed, the Mālama Mano education campaign has distributed more than 8,000 informational cards and flyers around the state, advising fishers that it is illegal to intentionally capture, entangle, or kill a shark in Hawai‘i State waters. They also include information on how to report potential violations.