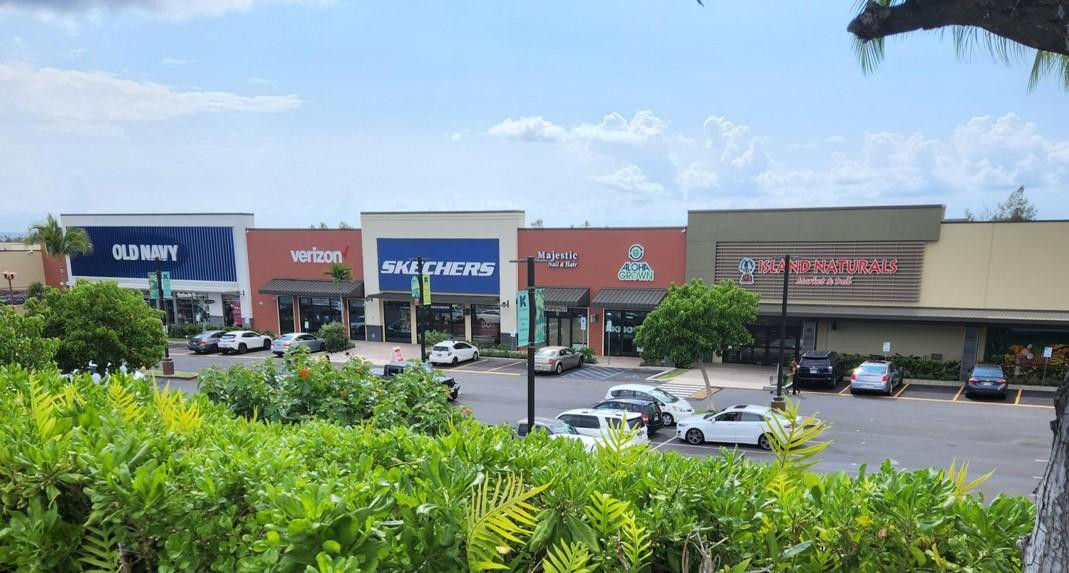 (BIVN) – It is a “full house” at the Kona Commons Shopping Center.

The shopping center owners, MacNaughton and Kobayashi Group, announced this week that the 320,000-square-foot shopping complex off Makala Boulevard is fully leased. They say the four merchants who moved in this year include Island Naturals Market & Deli, Skechers, Majestic Nails, and most recently, Aloha Grown.

From a Kona Commons news release:

The Shopping Center includes 27 national and locally owned service amenities, shops, and restaurants situated on 10 acres in Kailua-Kona. Tenant occupancy has grown steadily over the years and this year’s addition of four tenants in newly created spaces brought the Center to full capacity.

“This day marks an impressive milestone for Kona Commons,” said Todd Hedrick, Vice President of Leasing and Property Management. “We are honored to be the home to many well-liked retailers, eateries, and service amenities, and we value our relationships with each of them immensely. Kona Commons truly offers something for everyone, and we look forward to continuing that commitment.”

The four merchants who moved in this year include Island Naturals Market & Deli, Skechers, Majestic Nails, and most recently, Aloha Grown.

Randy Kurohara, principal in Aloha Grown, a kama‘aina owned and operated business on Hawai‘i Island with a vision to promote sustainability, said he chose Kona Commons for its track record of attracting both locals and visitors with a diverse mix of businesses.

Another local business, Hawaiian Island Creations (HIC), has been at Kona Commons for almost ten years. Brycean Baculpo, HIC manager, says, “The Center’s commitment to assisting its merchants and supporting their growth in a positive and productive direction is something that we value in a tenant/landlord relationship. We look forward to a continued positive partnership with Kona Commons.”

Mark Turner, owner of the Dairy Queen at Kona Commons, which opened in 2013, echoed the positive comments on the Shopping Center, calling it “the best mall in Kona.” Foot traffic has always been good and is increasing, he says. Proof of this success was recognized when his shop received the DQ Pride Award for excellence. “We’re the only store in Hawai‘i that received this award and one of only two in the West region,” Turner said.

The Center continues to celebrate the island lifestyle and Hawai‘i’s vibrant environment. A brand refresh in 2021, featuring the colorful and creative imagery of artist Siena Baldi, showcases the Center’s personality and conveys its message of being able to find “everything from A to Z” at Kona Commons.