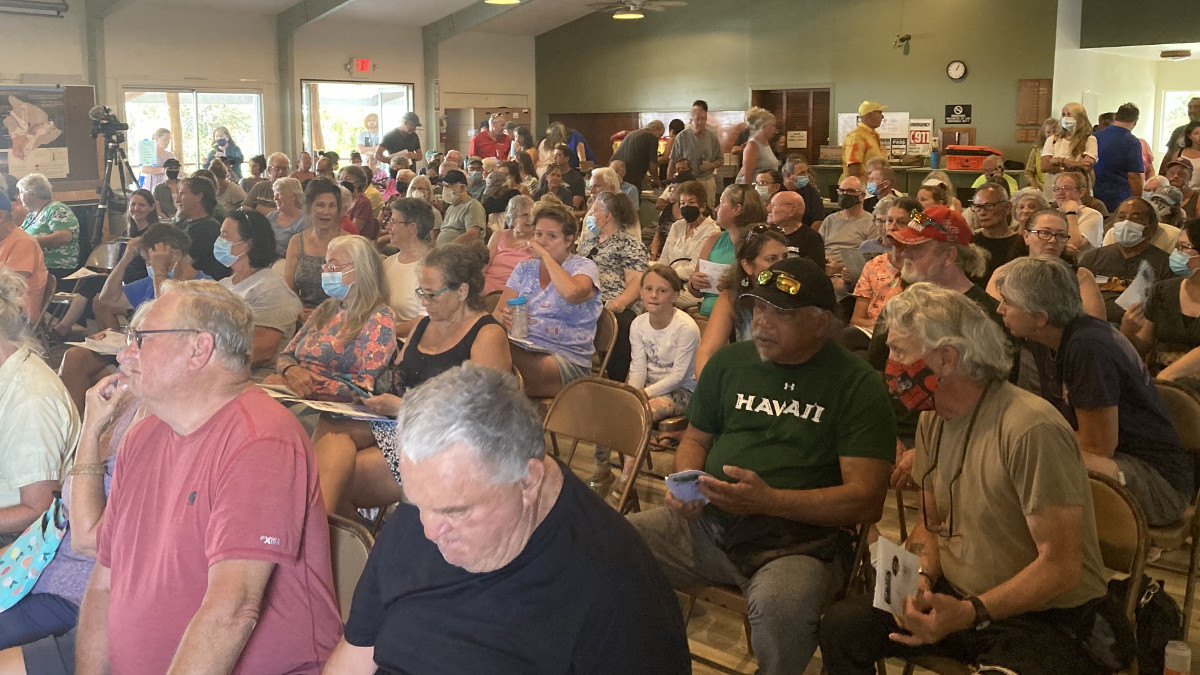 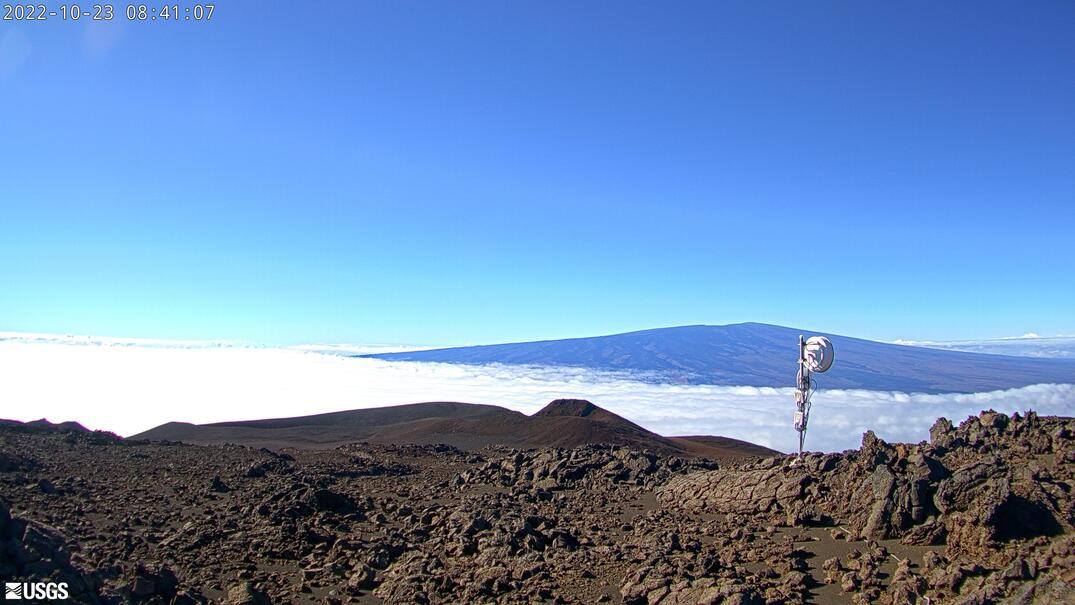 (BIVN) – Another public meeting will be held in Kaʻū to “provide background information on Mauna Loa, give an update on the current unrest, and answer questions” officials say, following a packed informational meeting held in Hawaiian Ocean View Estates on Saturday.

The next meeting will be held at the Pāhala Community Center on Thursday, October 27, from 5 p.m. to 7 p.m.

The USGS Hawaiian Volcano Observatory will participate in the Pāhala meeting, which is being organized by the Hawai’i County Civil Defense Agency.

Mauna Loa is not erupting and there are no signs of an imminent eruption at this time, scientists say, although the Hawaiʻi island volcano “continues to be in a state of heightened unrest as indicated by increased earthquake activity and inflation of the summit.”

Mauna Loa remains at an elevated alert level of ADVISORY/YELLOW. “The current increase in activity does not suggest that a progression to an eruption is certain, and there are no indications that an eruption is imminent,” scientists say.

The town of Pāhala sits over one of the most seismically active areas on Hawaiʻi island. Most of the earthquakes that are detected by scientists are part of the ongoing deep Pāhala swarm. However, Pāhala was also the closest populated area to the recent pair of quakes on the southeast flank of Mauna Loa volcano that caused some minor damage to homes and businesses. It was unknown, at that time, if the quakes were directly related to the ongoing unrest on Mauna Loa.