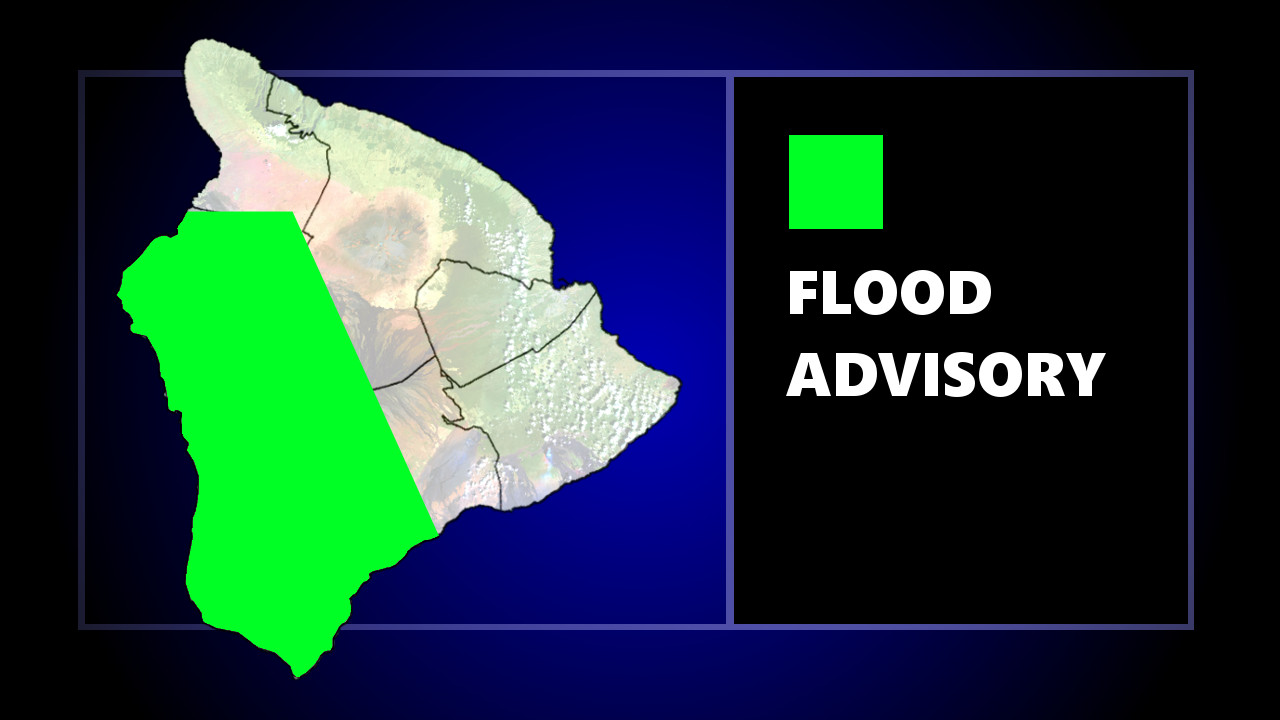 UPDATE – (4 p.m. on Friday, October 28) – The National Weather Service says the Flood Advisory has been cancelled as of 4 p.m. HST. “Weather radar shows that the heavy rain has diminished,” the forecasters said. “Flooding is no longer expected to pose a threat.”

(BIVN) – An area of Hawaiʻi island was under a Flood Advisory on Friday afternoon, with excessive rainfall falling over Kaʻū and Kona.

The National Weather Service said that 12:57 p.m. HST, “radar indicated heavy rain over the saddle road and the slopes of Kaʻu district. Rain was falling at a rate of up to 2 inches per hour.”

Additional heavy showers will be possible over the Kona slopes through this afternoon, forecasters said. Minor flooding on roads, poor drainage areas, and in streams could occur until 4 p.m.

Due to the Flood Advisory, the Hawaiʻi County Civil Defense issued the following:

Emergency officials say they will inform residents of changes in conditions that may affect safety.