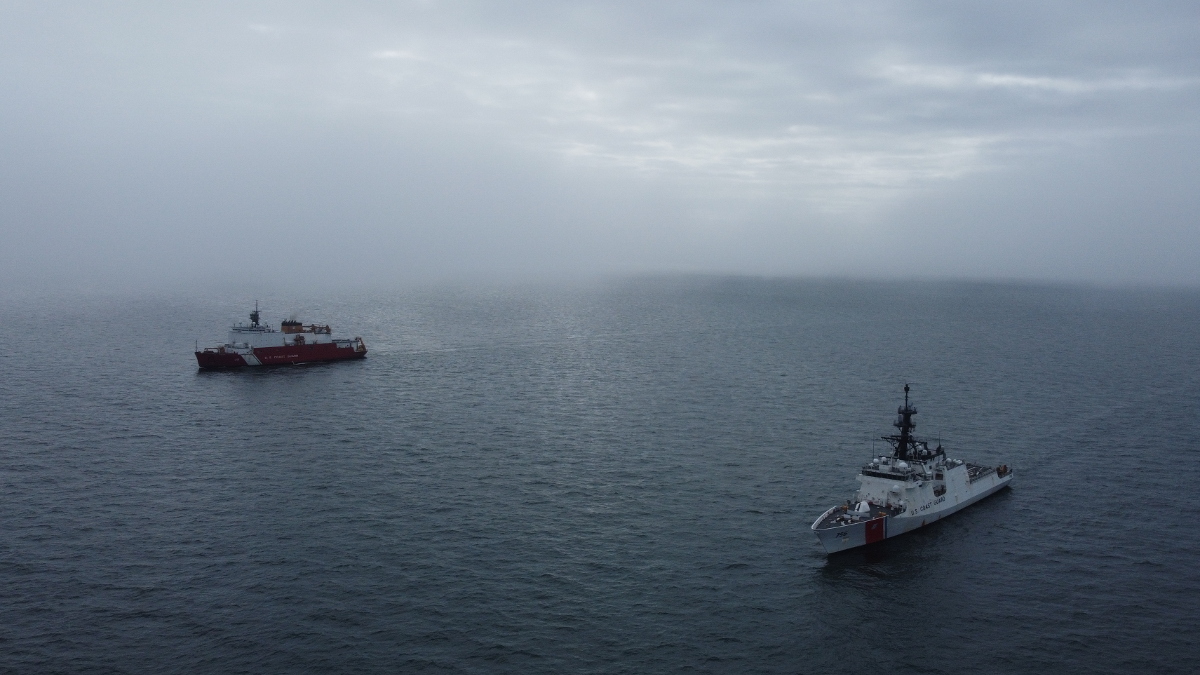 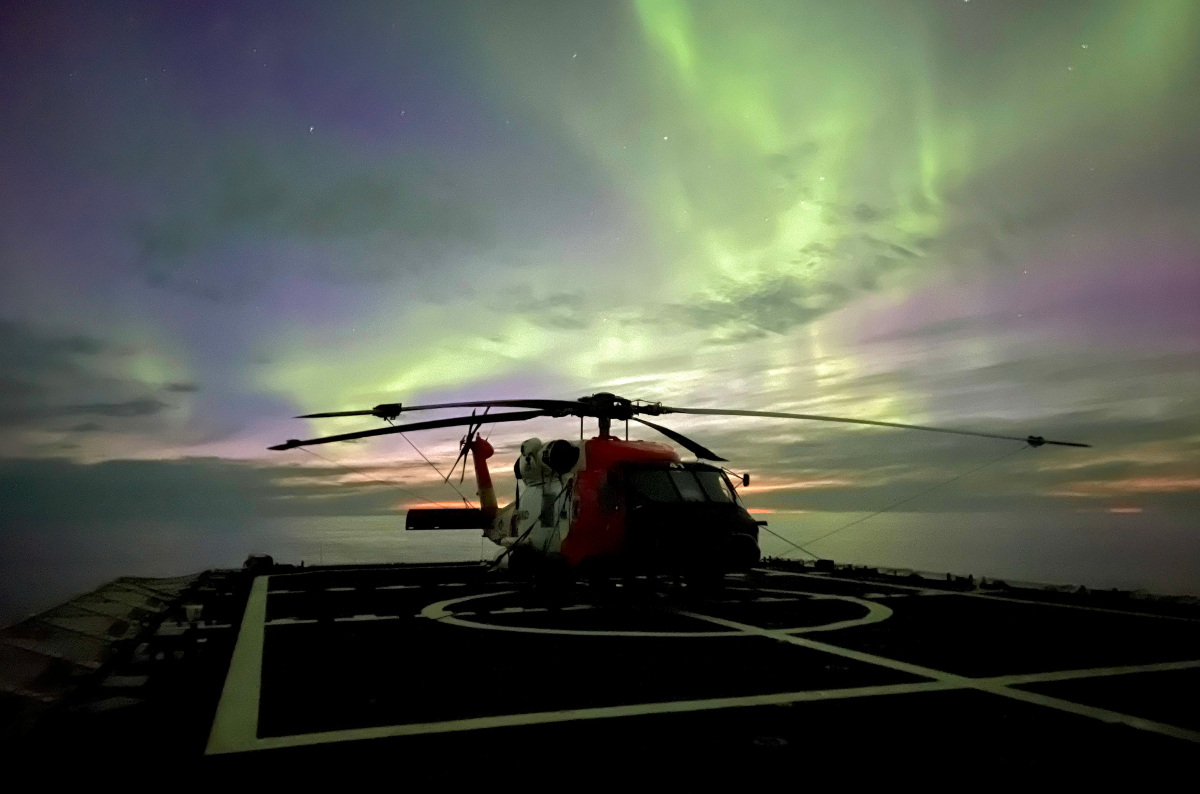 “A Coast Guard MH-60 helicopter sits on the flight deck of the Coast Guard Cutter Kimball (WMSL 756) awaiting its next flight, in the Chukchi Sea, Sept. 5, 2022. This airframe was partaking in a pilot program that evaluated the feasibility of operating the model from the Coast Guard’s national security cutters.” (U.S. Coast Guard courtesy photo)

While on routine patrol, the vessel encountered a group of Russian and Chinese naval ships in the Bering Sea. The formation, which was transiting through the U.S. Exclusive Economic Zone, did not enter U.S. territorial waters. The Kimball came within about a mile of the naval ships, established and maintained radio contact, and ultimately ensured their presence was in accordance with international rules and norms.

“As Arctic sea ice melts, Coast Guard presence in the region is vital to ensuring the safety of increased maritime traffic, protecting critical resources such as fish stocks, and upholding U.S. sovereign interests and international law,” said Capt. Thomas D’Arcy, Kimball’s commanding officer. “It was an honor to lead Kimball’s crew during this patrol, and we’re proud to contribute to a long legacy of essential Coast Guard presence in the Bering Sea and the Arctic.”

The Kimball’s ship and aircrews made multiple visits to remote island and coastal communities, where crew members performed community service and outreach events, reinforcing the Coast Guard’s commitment to the communities it serves.

“It was an extremely rewarding experience to serve aboard Kimball for this unique arctic patrol,” said Ens. Emma Simms, a Kimball junior officer. “I was able to participate in a variety of Coast Guard missions in a single patrol, ranging from conducting fisheries boardings to search and rescue to defending sovereign interests.”

Commissioned in 2019, Kimball is the Coast Guard’s seventh national security cutter. National security cutters are 418-feet-long, 54-feet-wide and have a displacement of 4,600 long-tons. With a range of 13,000 nautical miles, the advanced technologies of this class are designed to support the national objective to maintain the security of America’s maritime boundaries and provide long-range search and rescue capabilities.