Dog Barks At Monk Seal In Kona, Man Cited (Nov. 2, 2022) Video courtesy DLNR/NPS/NOAA. A synthesized voice was utilized in the narration for this story.

KONA, Hawaiʻi - The dog was captured on videotape last month, barking at the Hawaiian monk seal along the shore of Kaloko-Honokōhau National Historical Park. 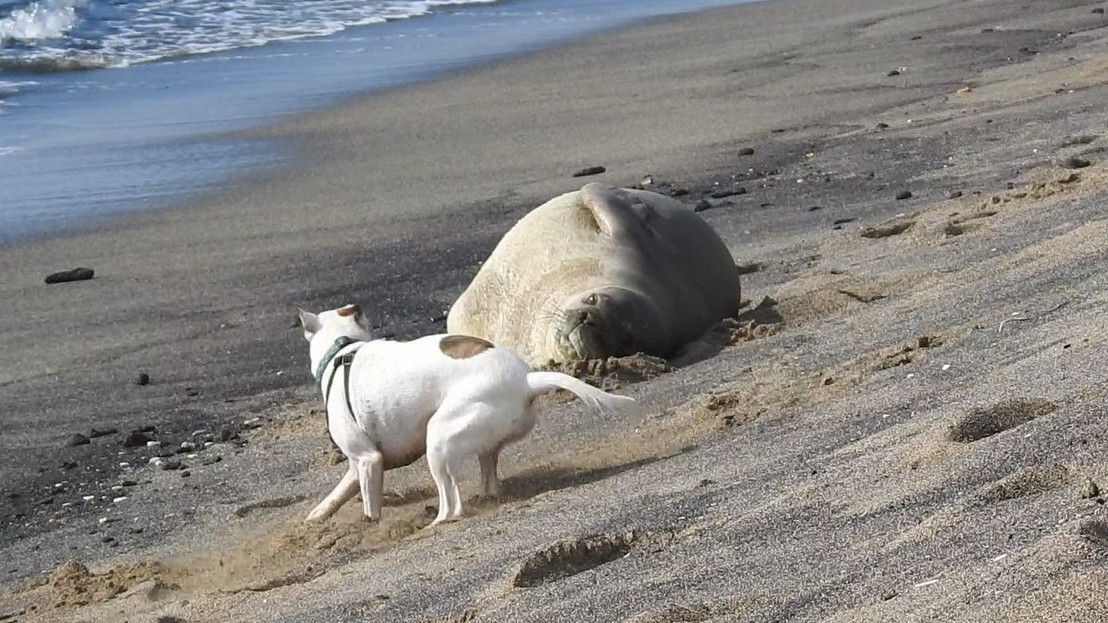 (BIVN) – A 52-year-old man was cited by State and federal agencies for allowing his dog to harass a Hawaiian monk seal on a Kona beach, officials say.

On October 10th, the dog was captured on videotape, barking at the seal along the shore of Kaloko-Honokōhau National Historical Park.

Monk seals are endangered species and are protected under multiple state and federal laws.

It took weeks for authorities to track down the dog owner, who they say recently relocated to Hawai‘i from the mainland. Law enforcement are not identifying the individual involved. In past experience, they say people cited for seal-harassment have received death threats over social media.

The man will now have to appear in Kona District Court in January, for the State charges of harassment of an endangered or threatened species, as well as the Hawaiʻi County charges of permitting a dog to stray off leash.

The National Park Service charges of failure to restrain a pet and disturbing of wildlife activities are considered petty misdemeanors, and court can be avoided by paying roughly $200 dollars in fines.

However, the federal charges in violation of the Endangered Species Act are civil in nature, and those penalties will be assessed in accordance with the National Oceanic and Atmospheric Administration’s Penalty Policy.

Aside from the various legal penalties, officials also caution the public that monk seals are powerful animals, which can easily injure an off-leash dog.

Anyone who spots wildlife harassment is asked to report it to the 24-hour DOCARE hotline at 643-DLNR or via the free DLNRTip app. Videos and photographs are helpful to authorities in identifying suspects.