HAWAIʻI ISLAND - In the last 24 hours, 46 small-magnitude earthquakes were detected under the summit and beneath the upper-elevation northwest flank. 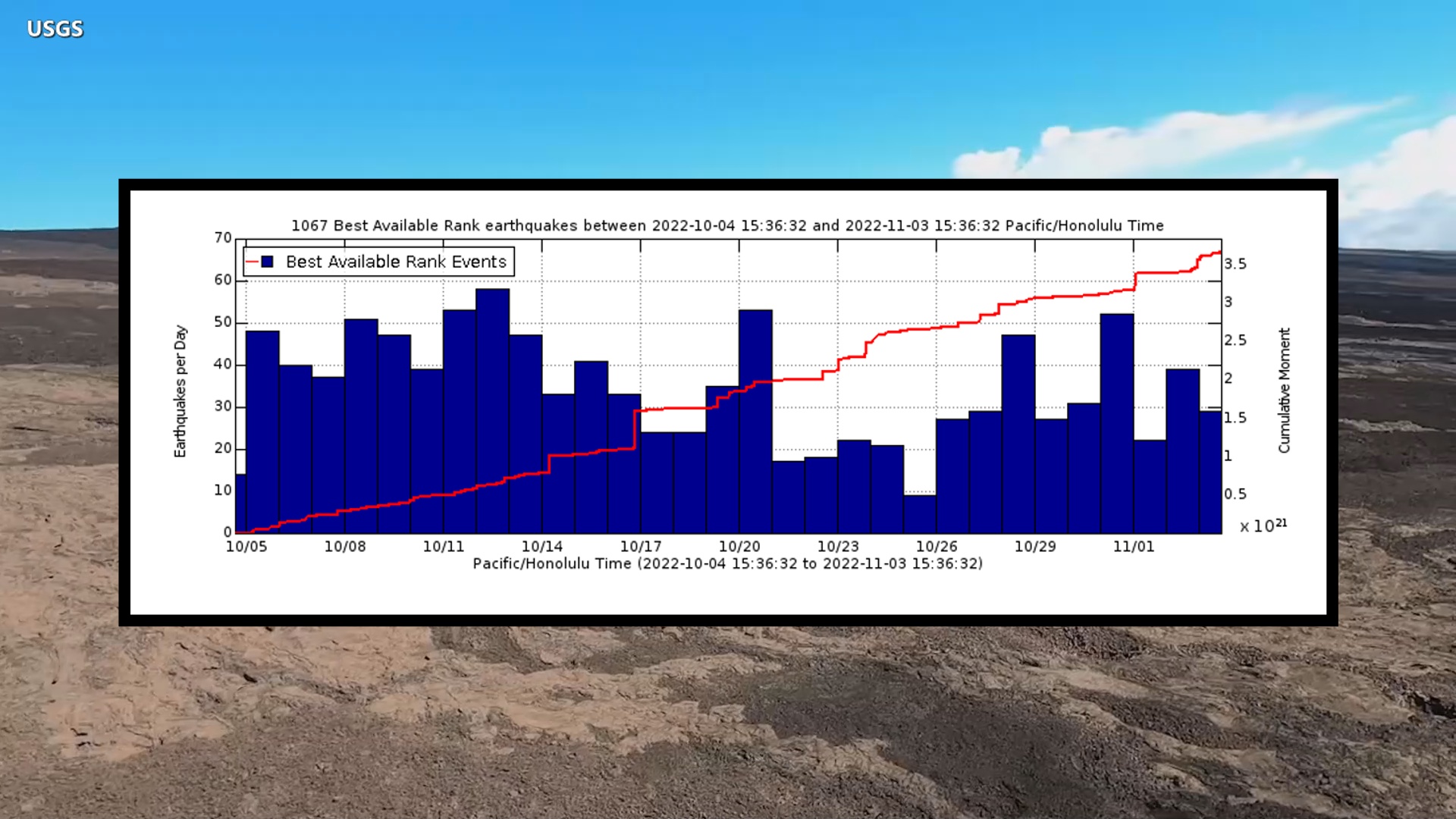 Mauna Loa is not erupting, and remains at an ADVISORY alert level. The U.S. Geological Survey’s Hawaiian Volcano Observatory says there are no signs of an imminent eruption at this time, and that monitoring data show no significant changes within the past 24 hours.

Since mid-September, there have been increased earthquake rates below the Mauna Loa summit, going from 10 to 20 per day to about 40 to 50 per day. There has also been an increased rate of inflation. Scientists say the current unrest is most likely being driven by a renewed input of magma, about 2 to 5 miles beneath the volcano’s summit.

In the last 24 hours, 46 small-magnitude earthquakes were detected under the summit and beneath the upper-elevation northwest flank.

Concentrations of sulfur dioxide, hydrogen sulfide, and carbon dioxide remain stable, as do the fumarole temperatures. Webcam and thermal camera views have shown no changes to the volcanic landscape on the volcano over the past week.

Mauna Loa last erupted in 1984. The USGS says eruptions typically start at the summit and, within minutes to months can migrate into either the Northeast or Southwest Rift Zone, or radial vents on the north flank.

Eruptions tend to produce voluminous, fast-moving lava flows that can impact communities on the east and west sides of the Island. Therefore, emergency officials stress that communities living on the slopes of the volcano should be prepared for whenever the next eruption occurs.

The Hawaiʻi County Civil Defense agency and the Hawaiian Volcano Observatory have been holding meetings in recent weeks, sharing the latest information on Mauna Loa, and answering questions from the public.

The next meeting will be held on Saturday, November 5, at the Konawaena Elementary School Cafeteria from noon to 2 p.m.