HAWAIʻI ISLAND - Gas emission rates measured at the erupting Kilauea volcano have been relatively steady over the last several months, while gas concentrations at the restless Mauna Loa remain stable. 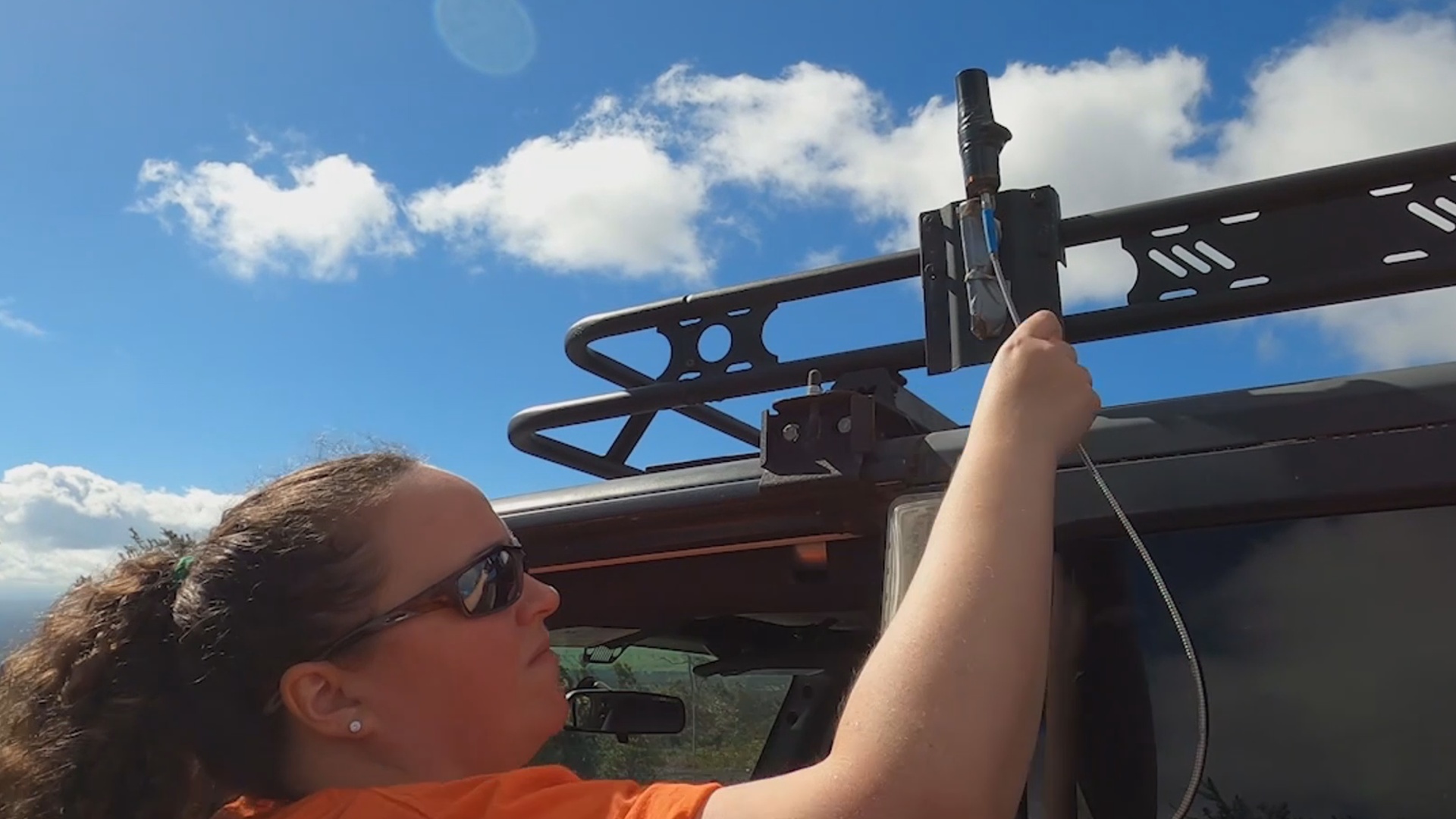 (BIVN) – Mauna Loa volcano on Hawaiʻi island is getting a lot of attention these days. At this moment, the sleeping giant is not erupting. But it is in a heightened state of unrest.

The Hawaiʻi volcano that is erupting is Kilauea. Luckily for Big Island residents, all lava has been confined to the summit area for the entire duration of the over-13 month event.

There are no signs of lava migrating along the rift zones or erupting outside Hawaiʻi Volcanoes National Park.

Therefore, the primary hazard with this eruption is the volcanic gas that is being released. Mostly made up of water vapor, carbon dioxide, and sulfur dioxide, these gases can have far-reaching effects downwind.

The USGS Hawaiian Volcano Observatory recently shared video of how the sulfur dioxide emission rate is measured at Kilauea, using an ultraviolet spectrometer.

The footage shows a typical day of fieldwork, which requires scientists to drive beneath the volcanic plume in the closed area of the National Park. As they drive, the spectrometer looks up at the plume to make the measurements.

In it’s most recent update, scientists say they measured an SO2 emission rate of approximately 700 tonnes per day.

These emission rates correlate directly with the amount of volcanic smog – known as vog – that is present on Hawaiʻ island. As SO2 is released from the summit, scientists say it reacts in the atmosphere to create the vog, which creates the potential for airborne health hazards, and which can also damage agricultural crops and affect livestock.

Changes in gas emissions can also help scientists predict changes in the eruption. The rates measured at Kilauea have been relatively steady over the last several months.

And on Mauna Loa, which is not erupting, gas concentrations remain stable at the summit and at Sulphur Cone on the upper Southwest Rift Zone. Scientists say there are no signs of an imminent eruption at this time, but they continue to monitor both volcanoes closely for any changes.