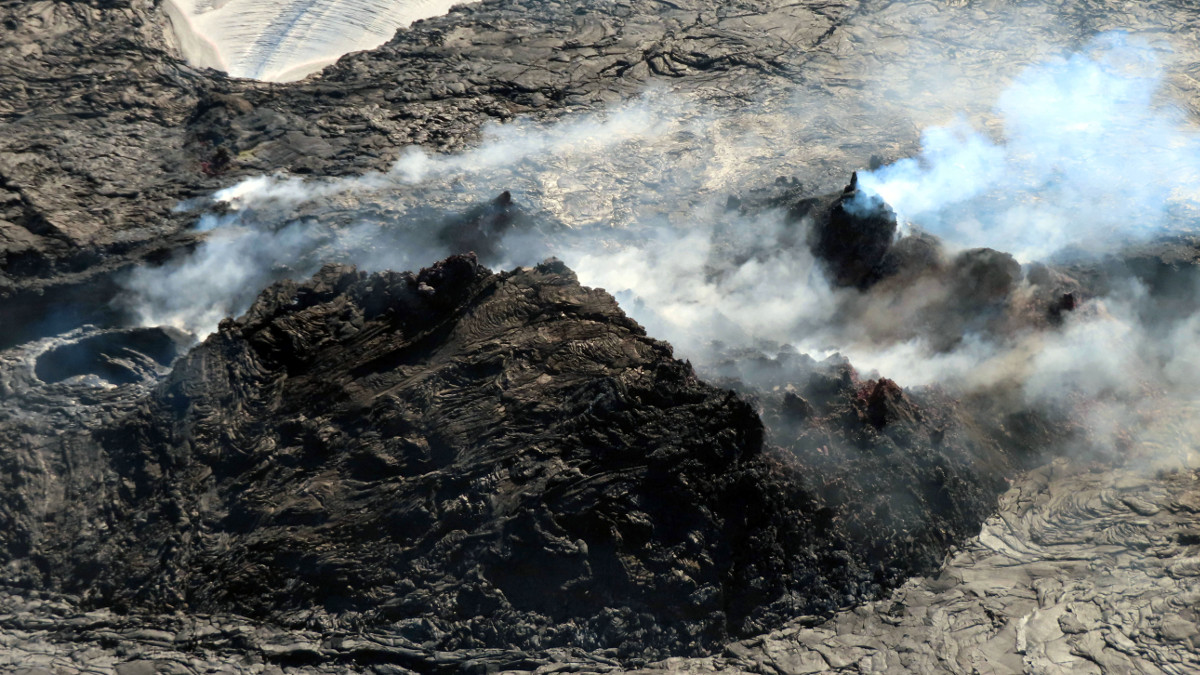 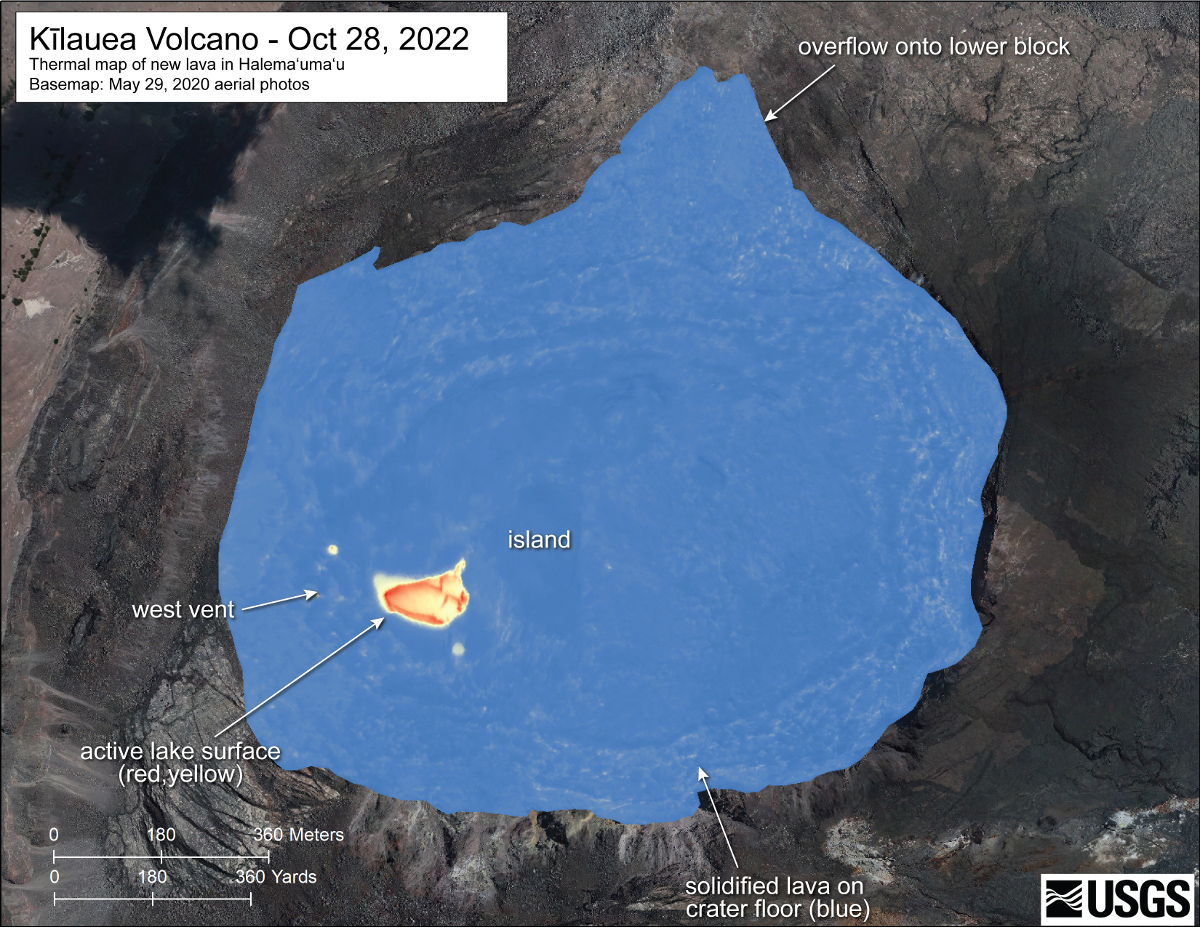 USGS: “A helicopter overflight on October 28, 2022, allowed for aerial visual and thermal imagery to be collected of Halema‘uma‘u crater at the summit of Kīlauea. The active lake surface is limited to the western portion of the crater. The scale of the thermal map ranges from blue to red, with blue colors indicative of cooler temperatures and red colors indicative of warmer temperatures.”

(BIVN) – The eruption of Kilauea Volcano continues at the summit inside Hawaiʻi Volcanoes National Park, and scientists say no significant changes have been observed at Halemaʻumaʻu or in either rift zone.

The USGS Hawaiian Volcano Observatory published a new set of photos and maps showing the current conditions at the summit. The Volcano Alert Level remains at WATCH / ORANGE.

From the USGS Hawaiian Volcano Observatory update on Monday:

Halemaʻumaʻu Lava Lake Observations: Eruption of lava from the western vent into the active lava lake and onto the crater floor continued over the past 24 hours. The active part of the lava lake has been steady over the past 24 hours. Overflight measurements from October 28, 2022, indicated that the crater floor had seen a total rise of about 143 meters (469 feet), and that 111 million cubic meters (29.2 billion gallons) of lava had been effused since the beginning of this eruption on September 29, 2021.

Hazard Analysis: This eruption at Kīlauea’s summit is occurring within a closed area of Hawaiʻi Volcanoes National Park. High levels of volcanic gas are the primary hazard of concern, as this hazard can have far-reaching effects downwind. Large amounts of volcanic gas—primarily water vapor (H2O), carbon dioxide (CO2), and sulfur dioxide (SO2)—are continuously released during eruptions of Kīlauea Volcano. As SO2 is released from the summit, it reacts in the atmosphere to create the visible haze known as vog (volcanic smog) that has been observed downwind of Kīlauea. Vog creates the potential for airborne health hazards to residents and visitors, damages agricultural crops and other plants, and affects livestock. For more information on gas hazards at the summit of Kīlauea, please see (this website). Vog information can be found at vog.ivhhn.org.