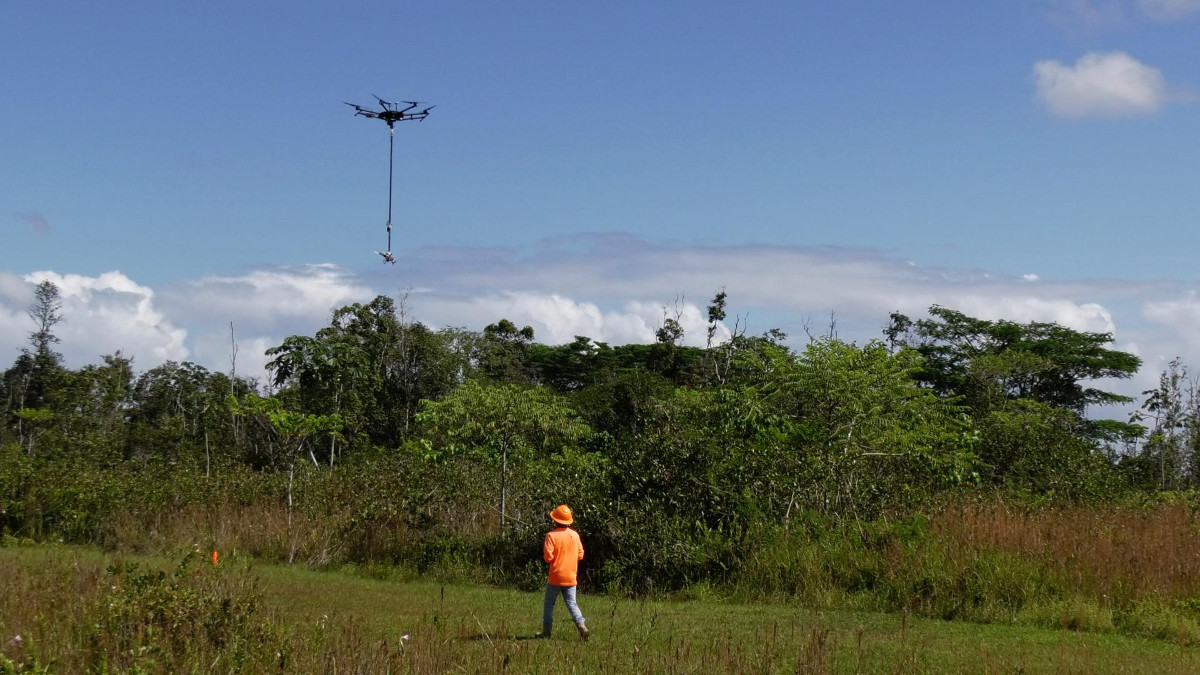 HILO, Hawaiʻi - A University of Hawai‘i at Hilo geographer is putting the new aerial chainsaw device to the test in the battle to save native ʻōhiʻa lehua trees. 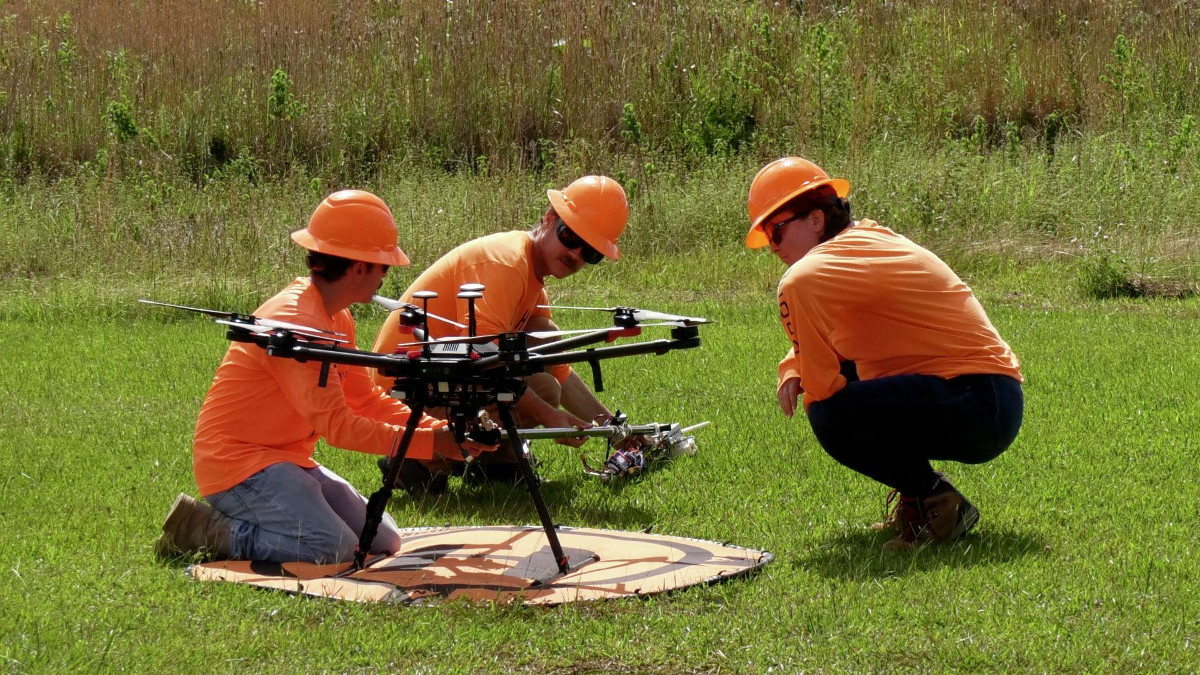 (BIVN) – The University of Hawaiʻi says a new drone that is armed with a chainsaw is being used to help Hawaiʻi’s ʻōhiʻa lehua trees in the battle against Rapid ʻŌhiʻa Death.

This UH news release was shared on Sunday:

A new aerial chainsaw device that could assist in the battle to save Hawaiʻi’s ʻōhiʻa lehua trees from a deadly fungal pathogen is being put to the test by a University of Hawai‘i at Hilo geographer. Professor Ryan Perroy and his research team have developed a drone attachment capable of sampling tree branch samples for diagnostic laboratory testing and other purposes.

The device, named Kūkūau, consists of a small rotating chainsaw with a robotic gripper claw mounted beneath a drone, and can cut and retrieve branches up to seven centimeters in diameter. The samples are collected for diagnostic testing of forest fungal pathogens, including those responsible for Rapid ‘Ōhi‘a Death (ROD). 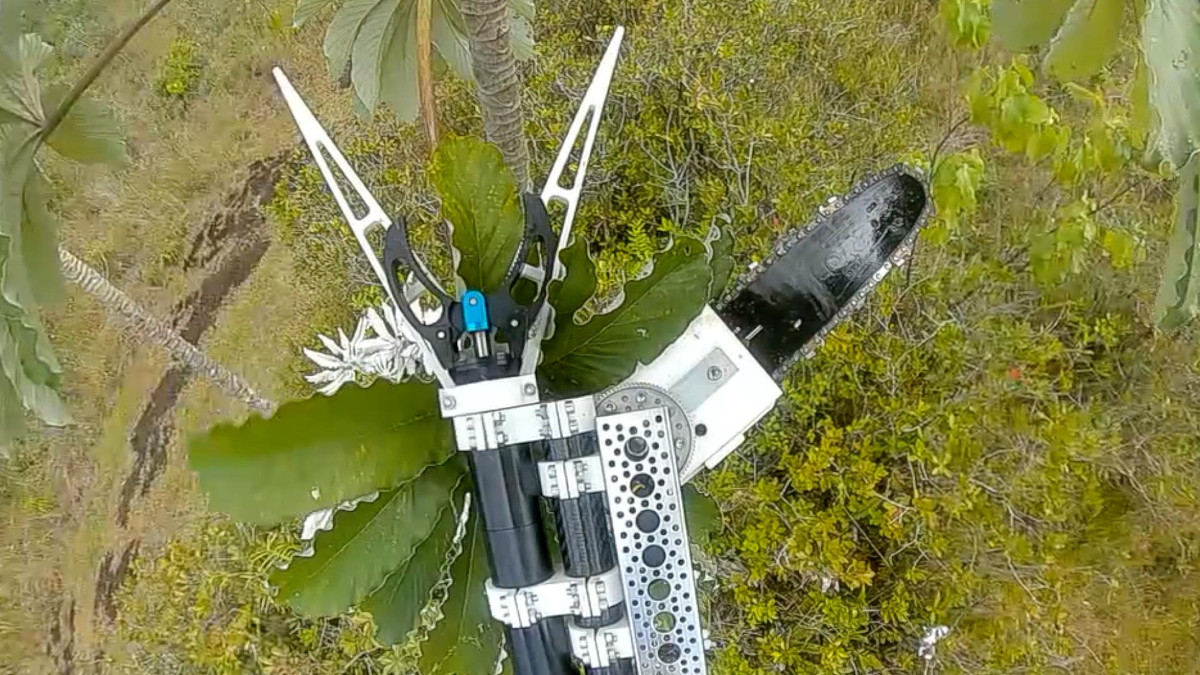 UH: “The device consists of a rotating chainsaw with a robotic gripper claw mounted beneath the drone” (photo courtesy University of Hawaiʻi)

“There have been times when we detected an ‘ōhi‘a tree suspected of infection with the pathogens responsible for Rapid ‘Ōhi‘a Death, but because of the location, it was too dangerous or problematic to send field crews out to sample it for confirmation,” said Perroy. “Kūkūau has the potential to help in those types of situations.”

The cutting-edge device was developed by Perroy and his team in collaboration with researchers at ETH Zürich, a public research university in Switzerland, the U.S. Department of Agriculture, and R&R Machining/Welding in Hilo on Hawai‘i Island. Perroy’s research on aerial branch sampling was recently published and featured on the cover of the journal drones. 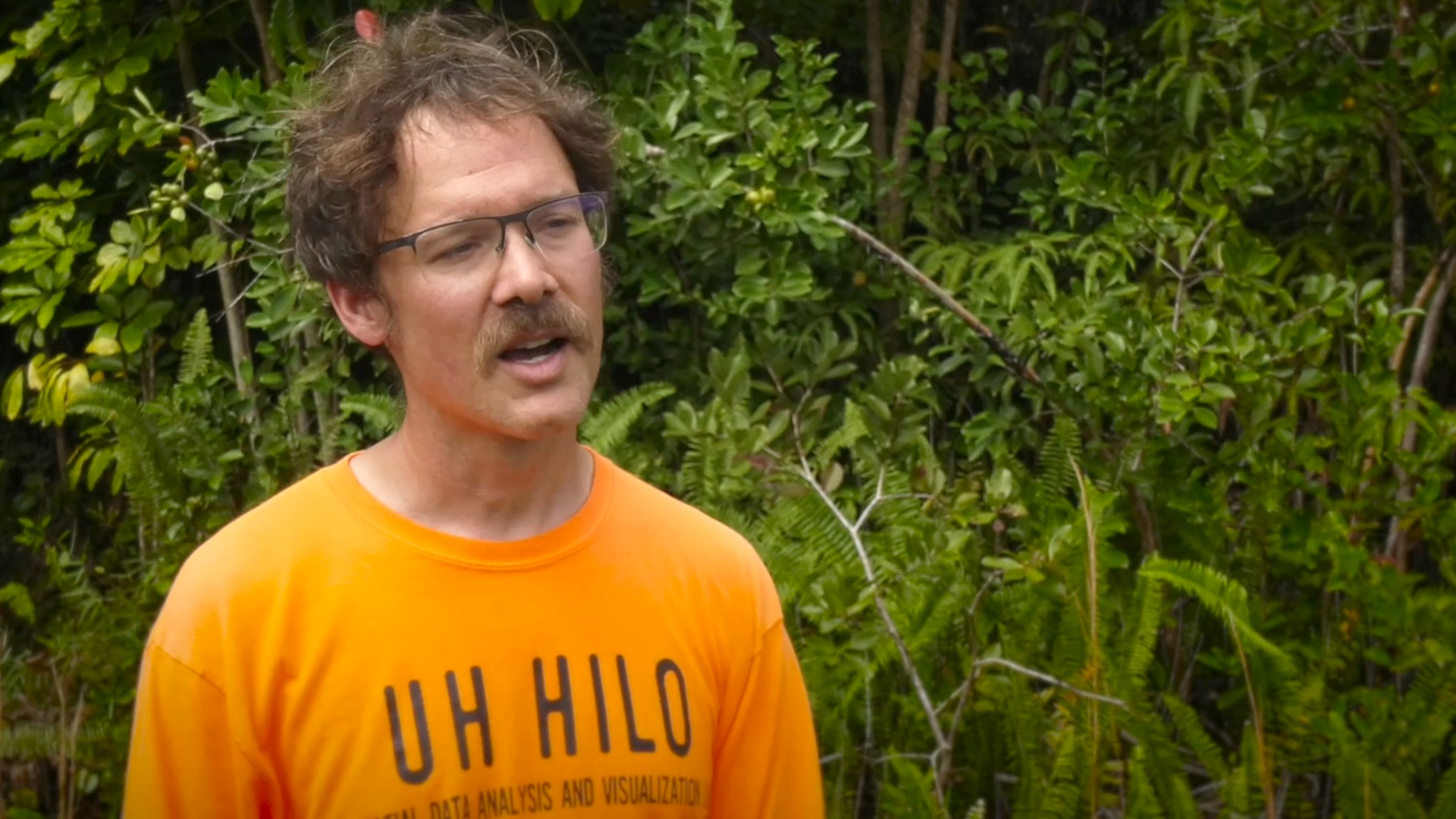 Project funding was provided by the U.S. Department of the Interior’s Office of Native Hawaiian Relations, the National Park Service, and Conservation X Labs. The UH Academy for Creative Media provided the 3D printer used in the project.

Kūkūau is the name of an ahupuaʻa (land subdivision) in the Hilo area, and is also a term for a type of crab, Metopograpsus thukuhar, or ‘alamihi in Hawaiian.

Researchers at ETH Zürich had previously developed a drone attachment capable of cutting small tree branches, however, when the UH Hilo team used the device they found that the samples of twigs were often too small to detect the fungal pathogens. In July 2019, Perroy’s team collaborated with the Swiss researchers and a Hilo welding company to develop a new drone attachment equipped to saw off larger branches. 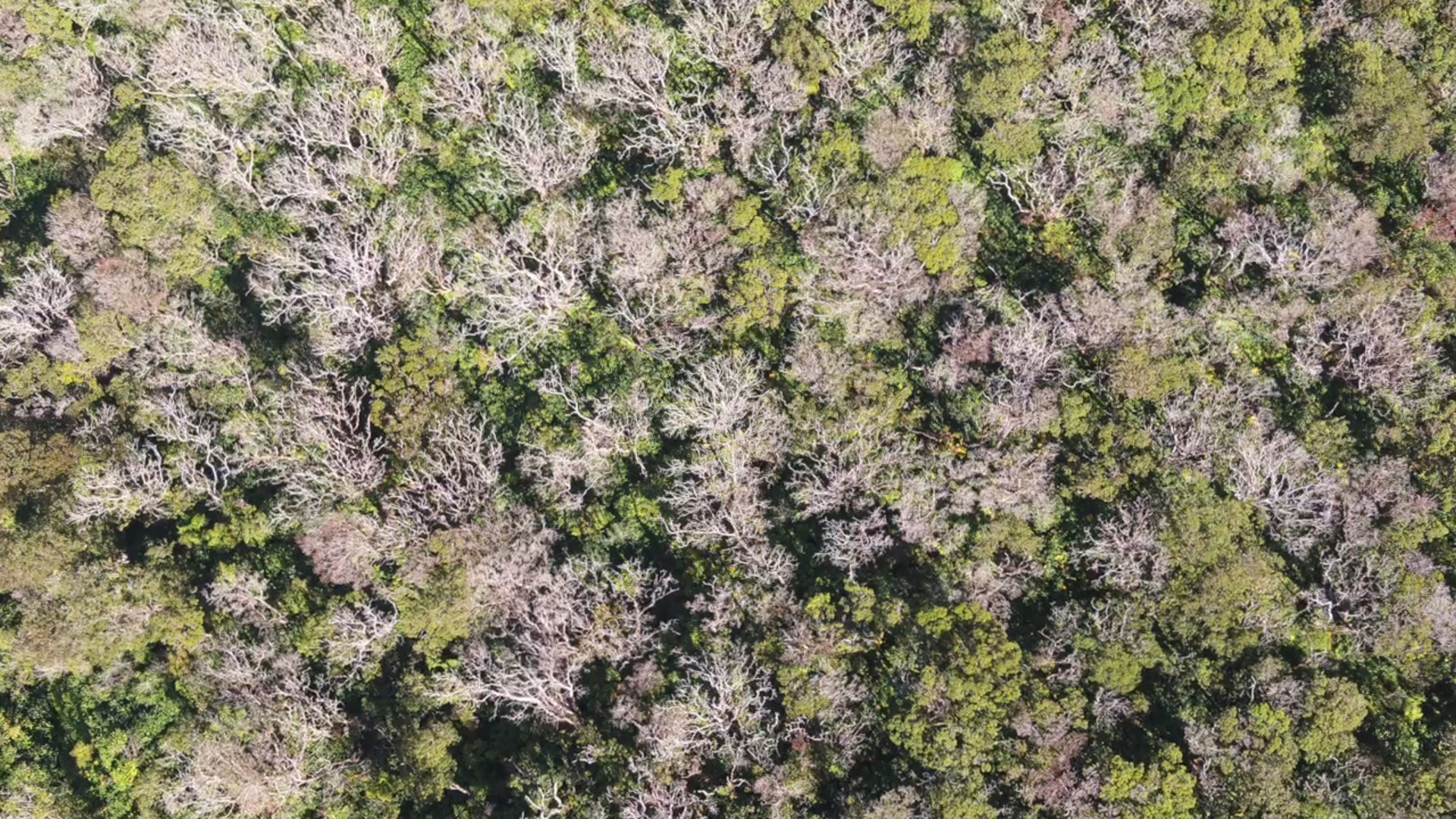 “We successfully detected the target fungal pathogen from the collected branches and found that branch diameter, leaf presence and condition, as well as wood moisture content are important factors in pathogen detection in sampled branches,” Perroy explained.

None of the smallest branch samples tested positive for C. lukuohia, while 77% of the largest diameter branch samples produced positive results. The research shows that the new branch sampler, capable of retrieving the larger branches, provides the right size for a higher rate of successful diagnostic testing.

Since 2014, researchers discovered ROD killed hundreds of thousands of mature ‘ōhi‘a trees (Metrosideros polymorpha) throughout the Hawaiian Islands and continues to spread. ROD is caused by two invasive fungi, Ceratocystis huliohia and Ceratocystis lukuohia, and has the potential to irreversibly change some Native Hawaiian ecosystems.

Perroy is principal investigator at the UH Hilo Spatial Data Analysis and Visualization Laboratory, https://hilo.hawaii.edu/sdav/ a research unit applying geospatial tools to local environmental problems in Hawai‘i and the Pacific region. His group has been working on the detection of ROD and invasive species populations over forests across Hawai‘i using high-resolution cameras and other sensors carried by drones and helicopters. The collected images and data provide managers precious time to respond to outbreaks, and gives scientists better information on how diseases and invasive species spread.

In 2019, Perroy won $70,000 in a competition sponsored by the National Park Service for his innovative use of drones and remote sensing devices to detect ROD. Throughout the last three years, Perroy and his team have continued to hone and refine the equipment needed to conduct aerial sampling using a small unoccupied aerial system.