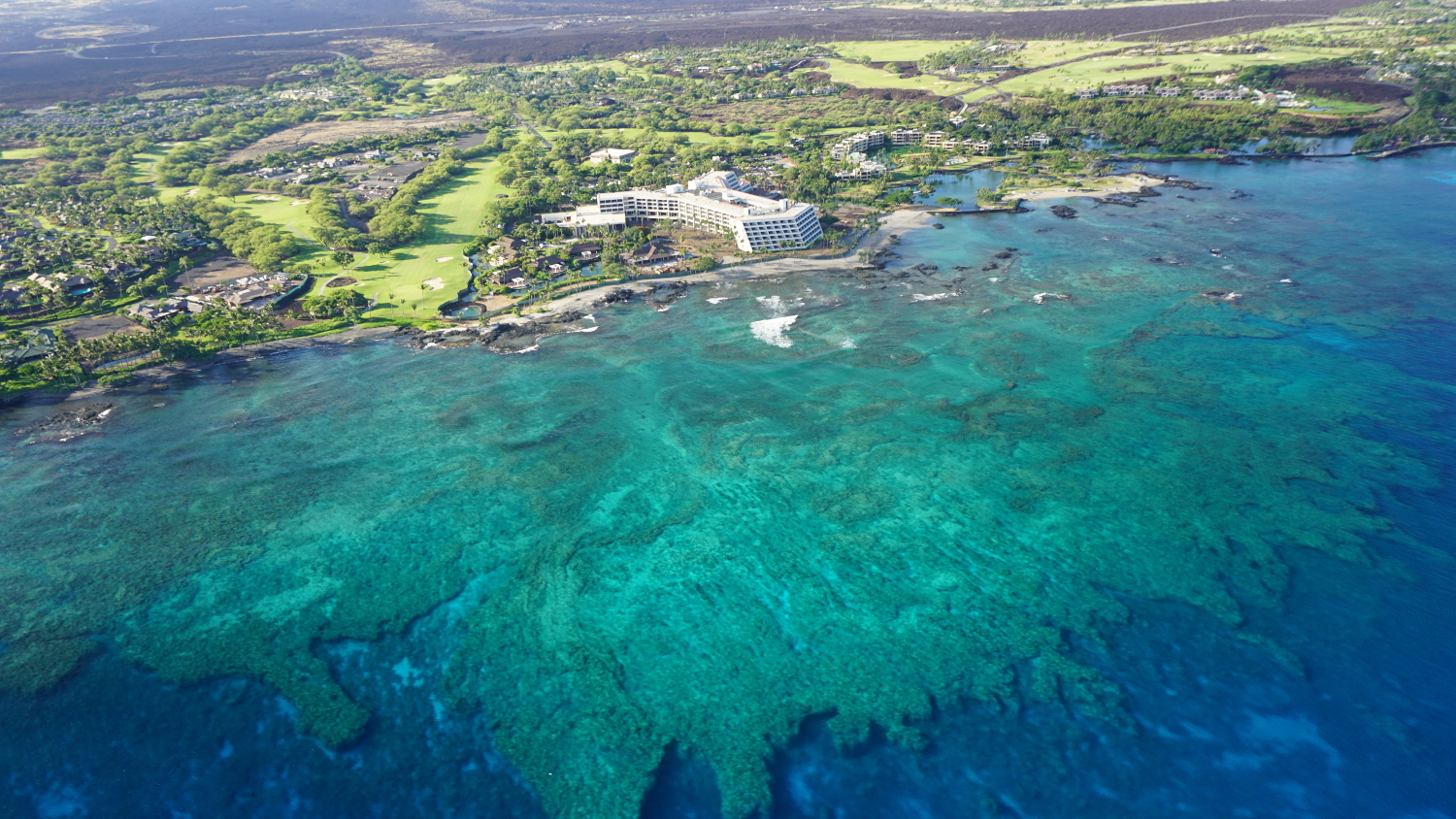 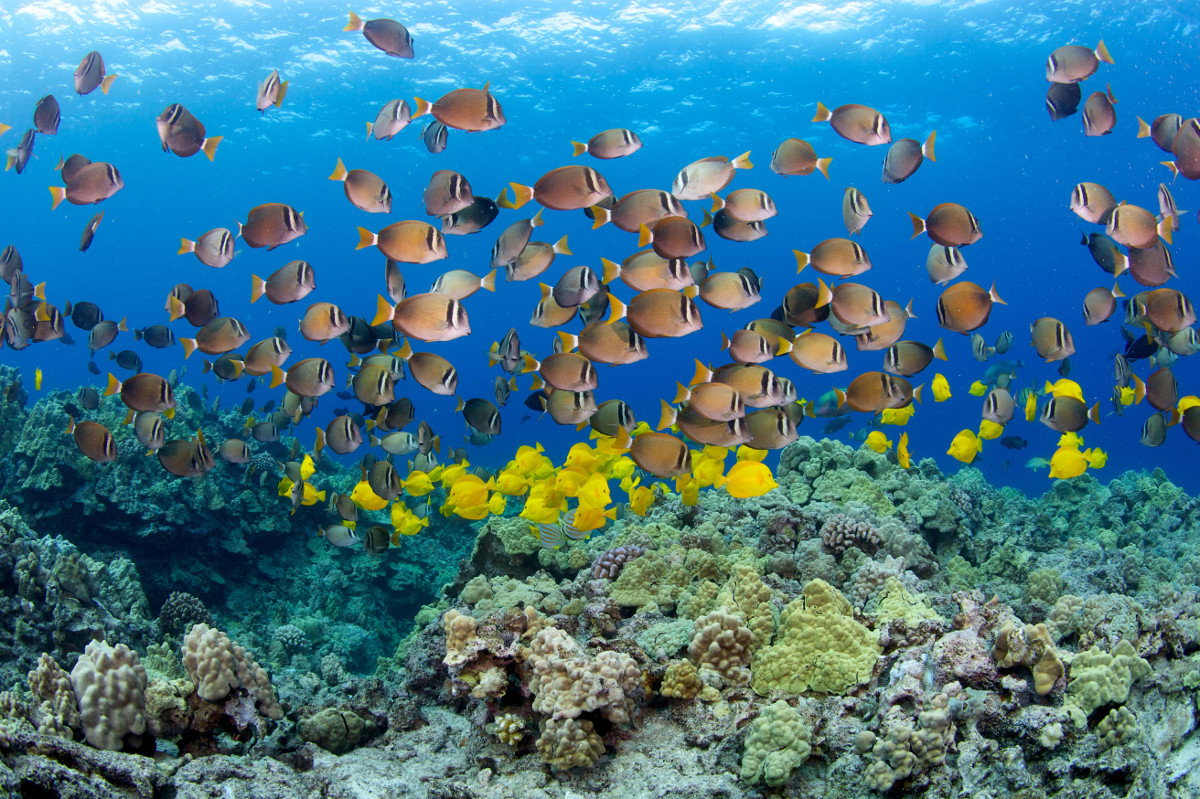 (BIVN) – The “first-ever coral reef insurance policy in the United States” has been purchased in Hawaiʻi, covering the cost to restore the reef in the event of a future damaging hurricane or tropical storm.

From The Nature Conservancy news release issued on Monday:

Today, The Nature Conservancy (TNC) announces it has purchased the first-ever coral reef insurance policy in the United States. The policy will provide funding for rapid coral reef repair and restoration across Hawai‘i immediately following hurricane or tropical storm damage.

TNC and partners developed the world’s first reef insurance policy specifically around hurricane damage, a major risk to coral reefs, in Quintana Roo, Mexico, in 2019. Proceeds from that policy were used to repair damage from Hurricane Delta. Since then, the Mesoamerican Reef (MAR) Fund, working in collaboration with Willis Tower Watson (WTW)’s Climate and Resilience Hub, has built out a parametric insurance program across the full extent of the MAR from southern Mexico through Belize, Guatemala and Honduras.

The Belize reef insurance policy was in fact recently triggered by Hurricane Lisa, resulting in a payout and the rapid repair of the beach and reef. TNC developed the Hawai‘i policy to pilot the concept after the State Senate passed a resolution in 2021 requesting a reef insurance evaluation, and following a 2020 Bank of America-supported feasibility study finding that coral reefs in Hawai‘i could be similarly insured against natural disasters. 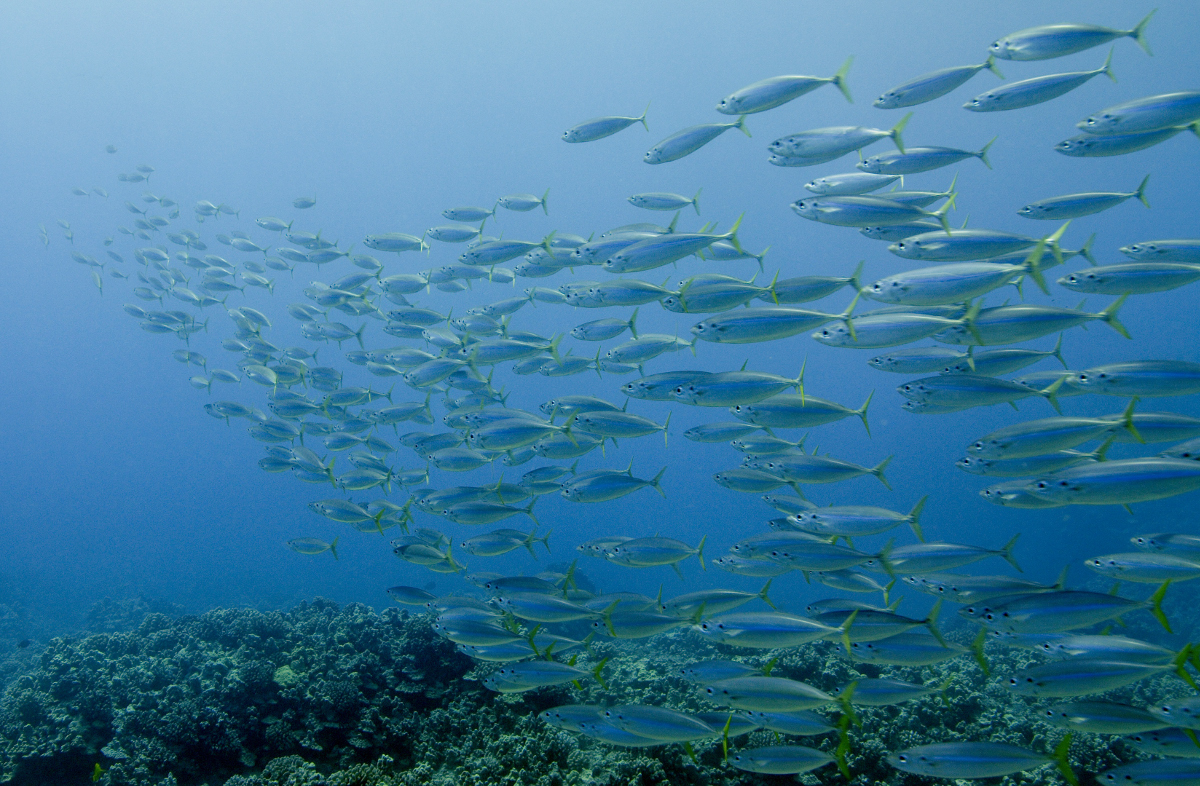 Working with WTW, TNC selected an insurance company of Munich Re to provide this parametric coverage, as Munich Re is committed to the use of insurance to support the conservation of pivotal ecosystems and the development of green infrastructure—both of which are vital elements in addressing the global challenge of enhancing climate resilience. The Hawai‘i policy adds tropical storms as a covered event, in addition to hurricanes covered in the Quintana Roo and MAR Fund policies, because in Hawai‘i, tropical storms can cause significant damage without making landfall. The Hawai‘i policy is triggered at windspeeds of 50 knots (57 mph) if sufficiently close to reefs and can provide payouts up to a maximum of $2 million to allow rapid reef repair and restoration after storm damage. The policy will be in place through the 2023 hurricane season.

“The Nature Conservancy is thrilled to pilot the first coral reef insurance policy in the United States,” says Ulalia Woodside Lee, Executive Director, The Nature Conservancy, Hawai‘i and Palmyra. “In Hawai‘i, we are rooted in the environment; the health of our coastlines and communities is directly tied to the health of the coral reefs surrounding our islands. By investing in nature, our insurance and finance partners are demonstrating its value as a critical natural, cultural and economic resource.”

Coral reefs are a vital natural asset for Hawai‘i’s people, culture and economy and are under increasing threats due to climate change and other human impacts. Each year, reefs provide coastal flood protection to people and property, jobsworth more than $831 million, and more than $1.2 billion to the state’s economy through reef-related tourism. Hawai‘i’s prized reef fisheries generate $13.4 million annually, with $10 million of that providing food and income for local families. Yet local pressures, such as overfishing and land-based pollutants, have contributed to a 60% decline in live coral cover on some of Hawaiʻi’s reefs in the last 40 years and declines of up to 90% in some fisheries in the last century. 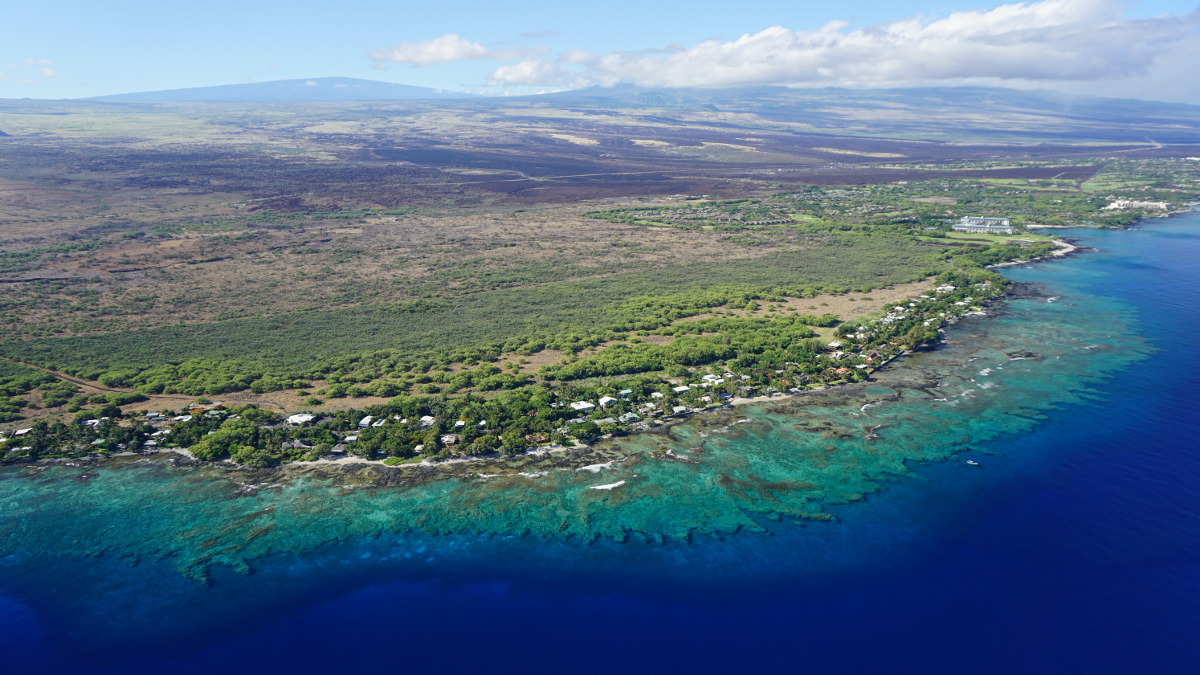 Tropical storms and hurricanes, which are increasing in intensity due to climate change, are a major short-term threat to coral reefs. Research shows that severe hurricanes can cause a 50% or more loss of live coral cover, and the loss of just one meter of reef height could result in a doubling of the cost of damage. Healthy, intact reefs can reduce up to 97% of wave energy and are the islands’ first line of defense during storms; protecting them is vital. Reef insurance provides a tangible solution.

“Managing natural resources is a costly endeavor, and more investment is always needed,” says Brian Nielson, Administrator, Division of Aquatic Resources (DAR), State of Hawaiʻi Division of Land and Natural Resources. “TNC has been an excellent partner in restoring Hawaiʻi’s reefs and fisheries, and we are grateful for their leadership in securing this insurance. It is a step forward in coral reef conservation and will provide vital funding to repair reefs when it is urgently needed.”

When a hurricane or tropical storm triggers a payout, TNC will activate an advisory committee in coordination with DAR and other local partners to guide the use and distribution of the funds for reef repair and restoration. In early 2023, TNC, DAR and other partners will convene to develop a response plan to guide first responders and reef managers to rapidly and effectively address impacts from storms. The plan will reflect global restoration expertise and lessons learned from post-storm repair on the Mesoamerican reef. 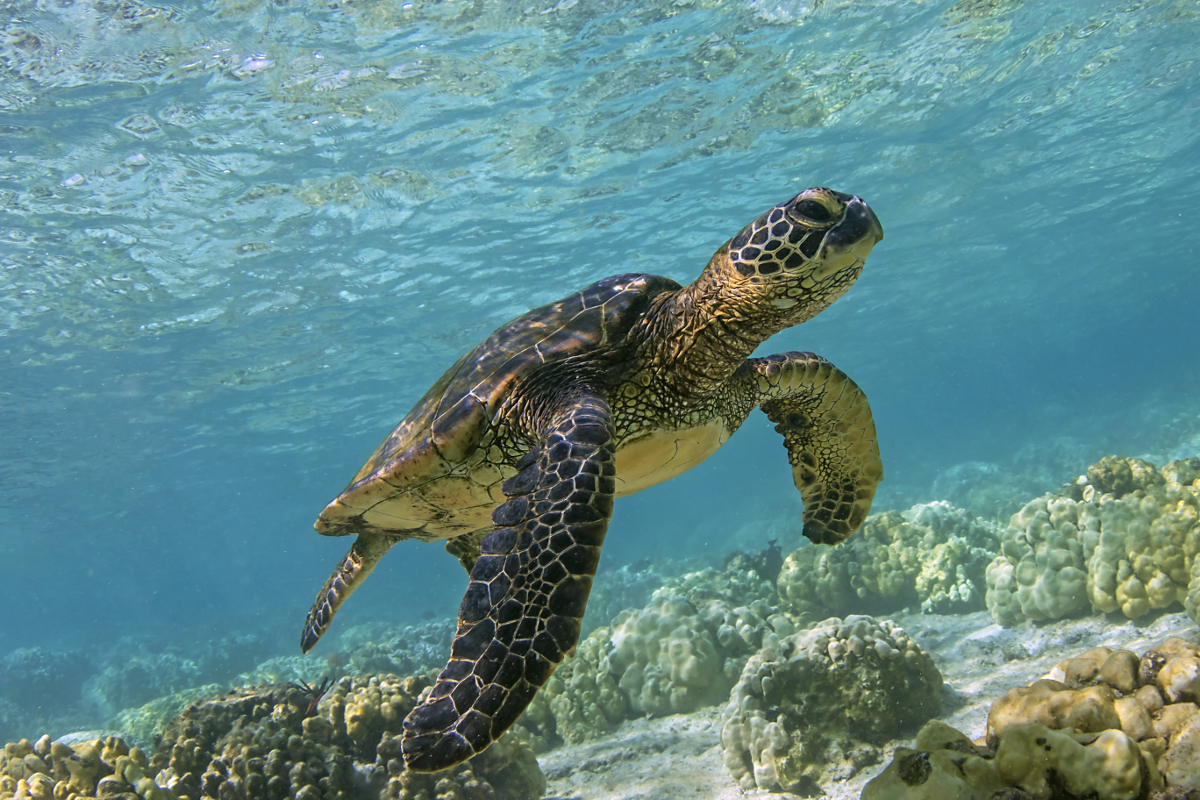 “Coral reefs are vital to our people, our culture, our lifestyle and our economy; reef insurance will help us care for them,” says Ekolu Lindsey of Kīpuka Olowalu. “In Hawaiian culture, the coral polyp is the origin of all life. We have a kuleana (responsibility) to maintain the integrity and rejuvenation of our coral reef systems. We look forward to working with TNC and other partners to develop response plans to mālama (care for) our ko‘a (corals) and to ensure that reef insurance funds are applied equitably.”

Next steps include co-developing a rapid response plan to repair and restore Hawaiʻi’s coral reefs after storms and training reef responders to conduct the repair work.

The Nature Conservancy thanks the generous funders without whom this would not have been possible, including the Bank of America Charitable Foundation and Howden Group Foundation, the charitable arm of leading international insurance Group, Howden Group Holdings.

Lee concluded: “We would like to thank the Howden Group Foundation and the Bank of America Charitable Foundation for contributing to building resilience to climate change. They have made this work possible through the provision of multi-year grants to support the coral reef insurance policy.”