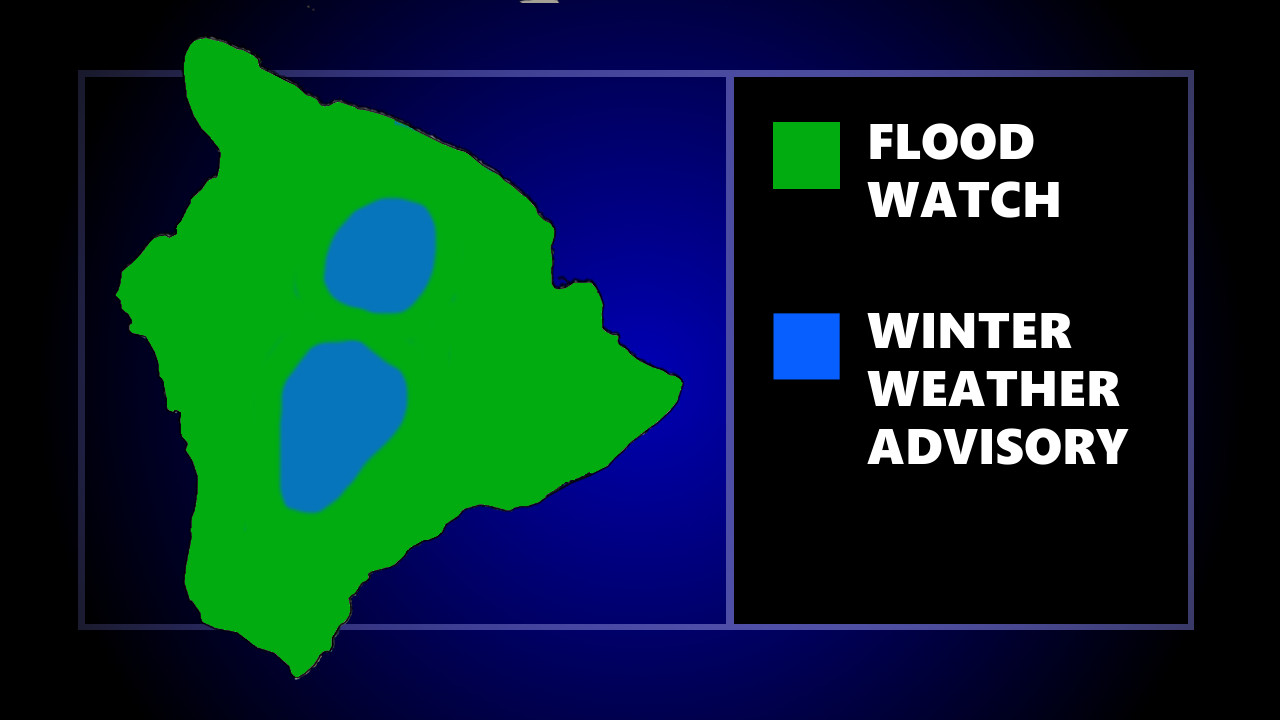 HAWAIʻI ISLAND - Deep moisture will continue to bring clouds and showers to the high elevations of the Big Island, including snow and freezing fog at the summits.

(BIVN) – The National Weather Service in Honolulu has issued a Flood Watch for Hawaiʻi island, as well as a Winter Weather Advisory for the summits of Maunakea and Mauna Loa, in effect from Sunday evening into Monday.

A surface trough west of the islands will bring an area of deep moisture over the islands from the south, creating a chance for flash flooding due to excessive rainfall. “While rainfall may be light at first, heavier slow-moving showers are expected to develop, bringing the potential for flash-flooding,” the National Weather Service said.

The Flood Watch will be in effect until 6 p.m. on Monday.

The moisture will also bring clouds and showers to the high elevations of the Big Island. “Temperatures are expected to dip just below freezing overnight, with periods of snow and freezing fog,” forecasters wrote.

Periods of snow and freezing fog will be possible at the Hawaiʻi summits until 10 a.m. on Monday. Dangerously slippery roads and limited visibilities are expected.