Images and video courtesy USGS Hawaiian Volcano Observatory and Visionary Video. A synthesized voice was utilized in the narration for this story.

HAWAIʻI - While scientists are getting up close to the lava, a new emergency rule has been enacted prohibiting parking and walking on the shoulders of the Daniel K. Inouye Highway. 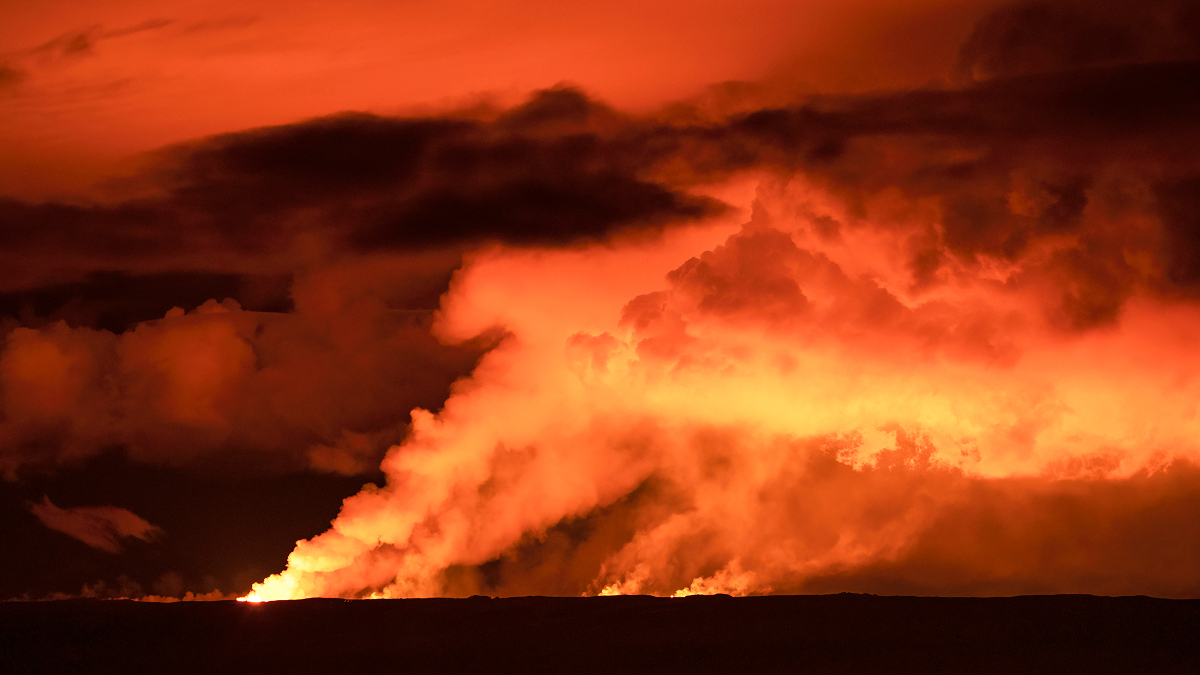 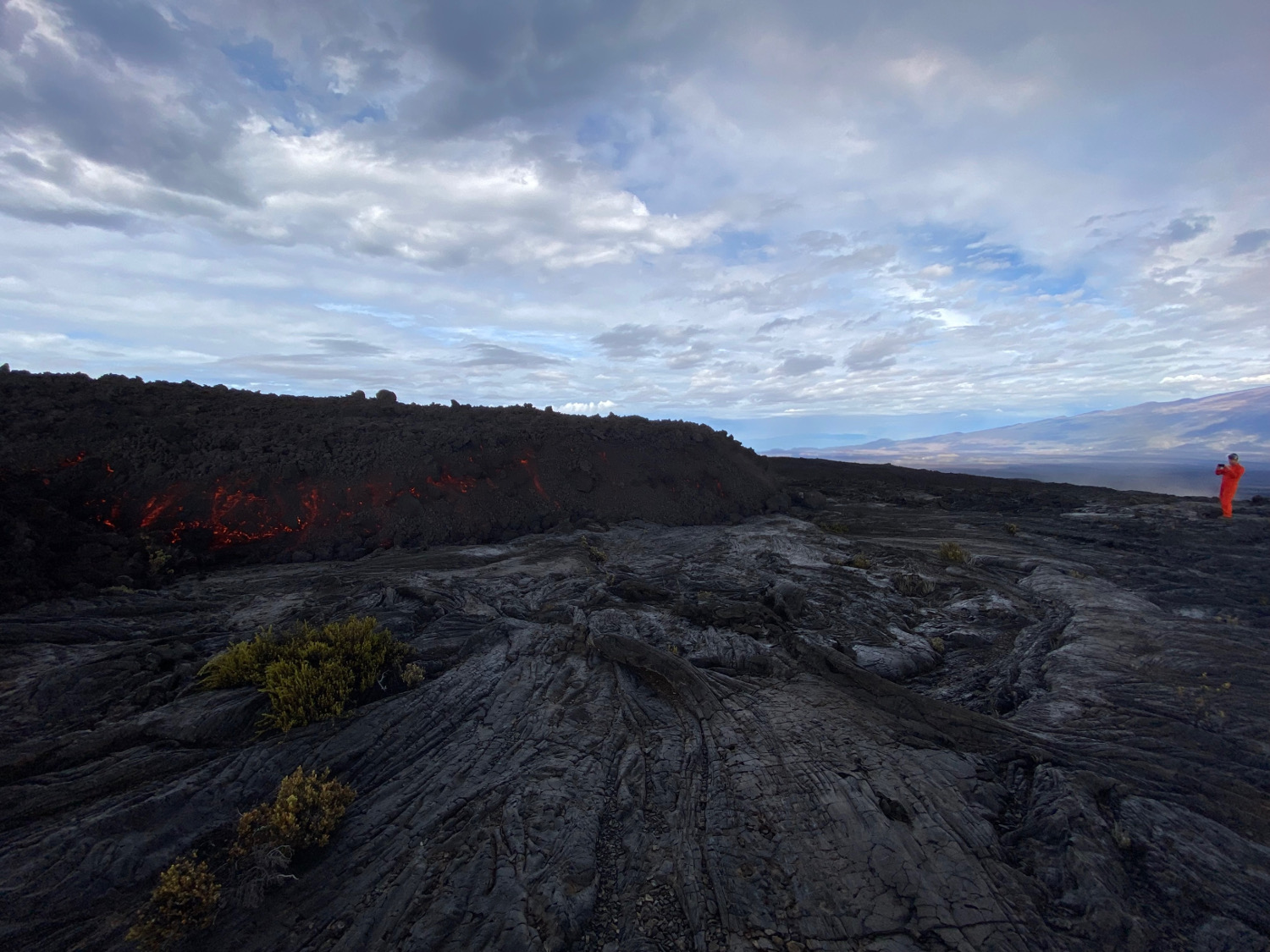 USGS: “A Hawaiian Volcano Observatory geologist documents a lava flow from the Northeast Rift Zone of Mauna Loa the morning of November 29, 2022. The ‘a‘ā lava flow, on the northeast flank of Mauna Loa, is several feet thick. ‘A’ā flows have a rough rubbly surface composed of broken lava blocks called clinkers. The clinkery surface covers a massive dense core, which is the most active part of the flow. As pasty lava in the core travels downslope, the clinkers are carried along at the surface. At the leading edge of an ‘a‘ā flow, however, these cooled fragments tumble down the steep front and are buried by the advancing flow. This produces a layer of lava fragments both at the bottom and top of an ‘a‘ā flow.” (USGS image by F. Trusdell)

(BIVN) – Scientists are getting up close to the lava being produced by the ongoing eruption of Mauna Loa, and have managed to install a new webcam providing a live view of the vigorous lava erupton at Fissure 3 on the Northeast Rift Zone.

A new map (below) was published by the USGS Hawaiian Volcano Observatory today at noon. At the time the map was produced, two fissures were active, sending lava flows in multiple directions. Overnight satellite views allowed analysts to map some of the more active flows, which are displayed in red here. The dashed lines plot the further downslope progression of the flows, and points mark the flow fronts. When this map was created, the most downslope flow was within five and a half miles, or 9 kilometers, of Saddle Road. 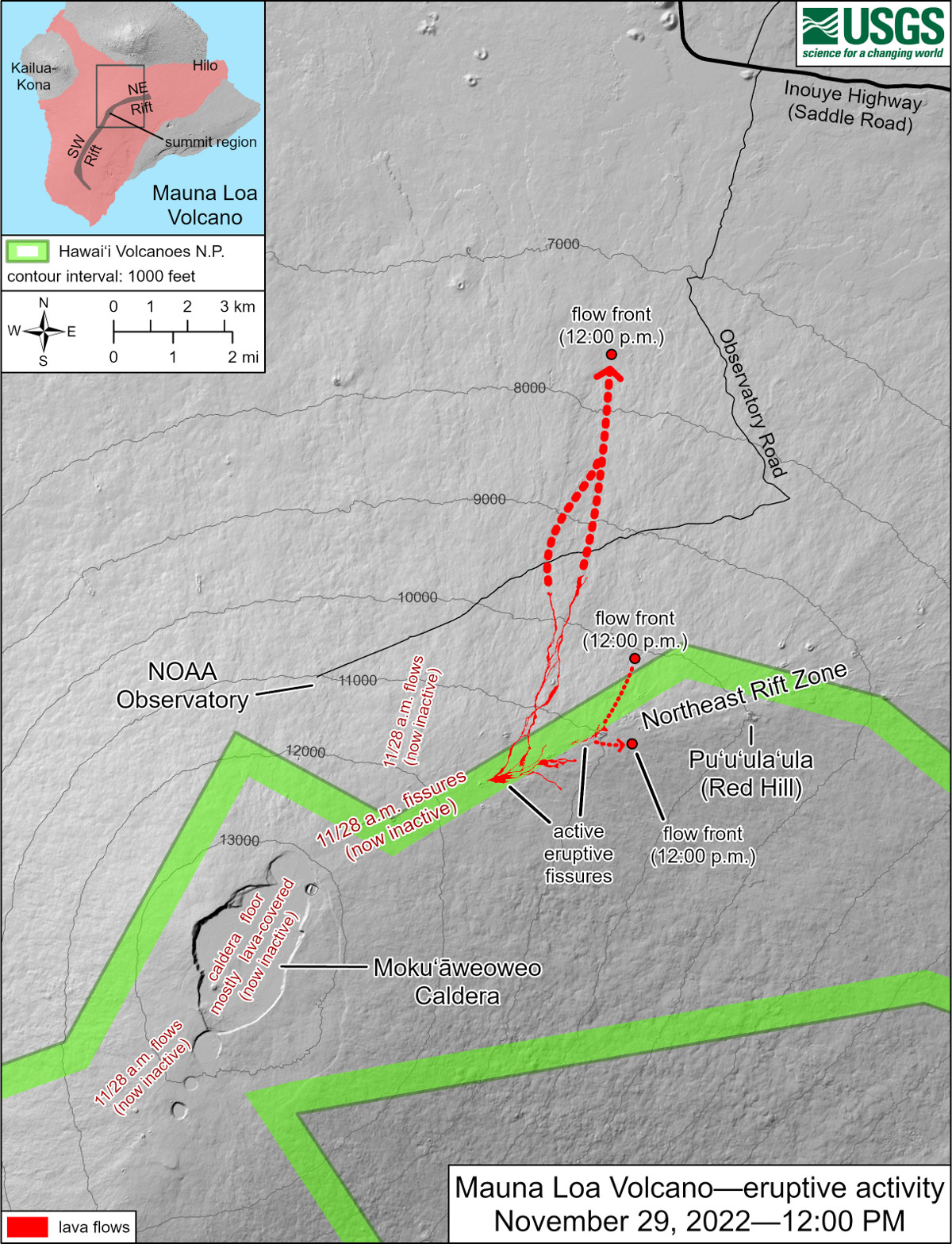 Its in the Saddle area of the island where some of the best views can ne seen. Overnight, residents flocked to the highway for a look at the lava, as it came rolling down the mountain.

The increase in traffic has prompted the Hawaii Department of Transportation to remind the public to use caution and common sense on the highway, and that the no parking zones between mile marker 16 and mile marker 31 will be enforced.

Officials say designated parking lots may be used and are a safer option for those looking to observe the activity at Mauna Loa.

And earlier today, Hawaii County Mayor Mitch Roth signed an emergency rule, prohibiting parking and walking on the shoulders of the highway in the same area.

“We understand that many of our residents and visitors are excited to view the tremendous eruption happening on the slopes of Mauna Loa; however, it must be done in a way that ensures the safety of all of our community,” said Mayor Mitch Roth. “Saddle Road presents a number of unsafe conditions for pedestrian traffic, including rain, fog, and other factors that can reduce visibility for oncoming traffic — especially at night. Therefore, we ask that all who seek to view the eruption do so in areas that are deemed safe and in accordance with the law.”

Specifics of the rule are as follows:

Also as a result of the emergency rules, the Gilbert Kahele Recreational Area, including both the lower and upper bathrooms, will remain open twenty-four hours a day until further notice. In addition, security guards will be on-site nightly from six at night, to six in the morning. 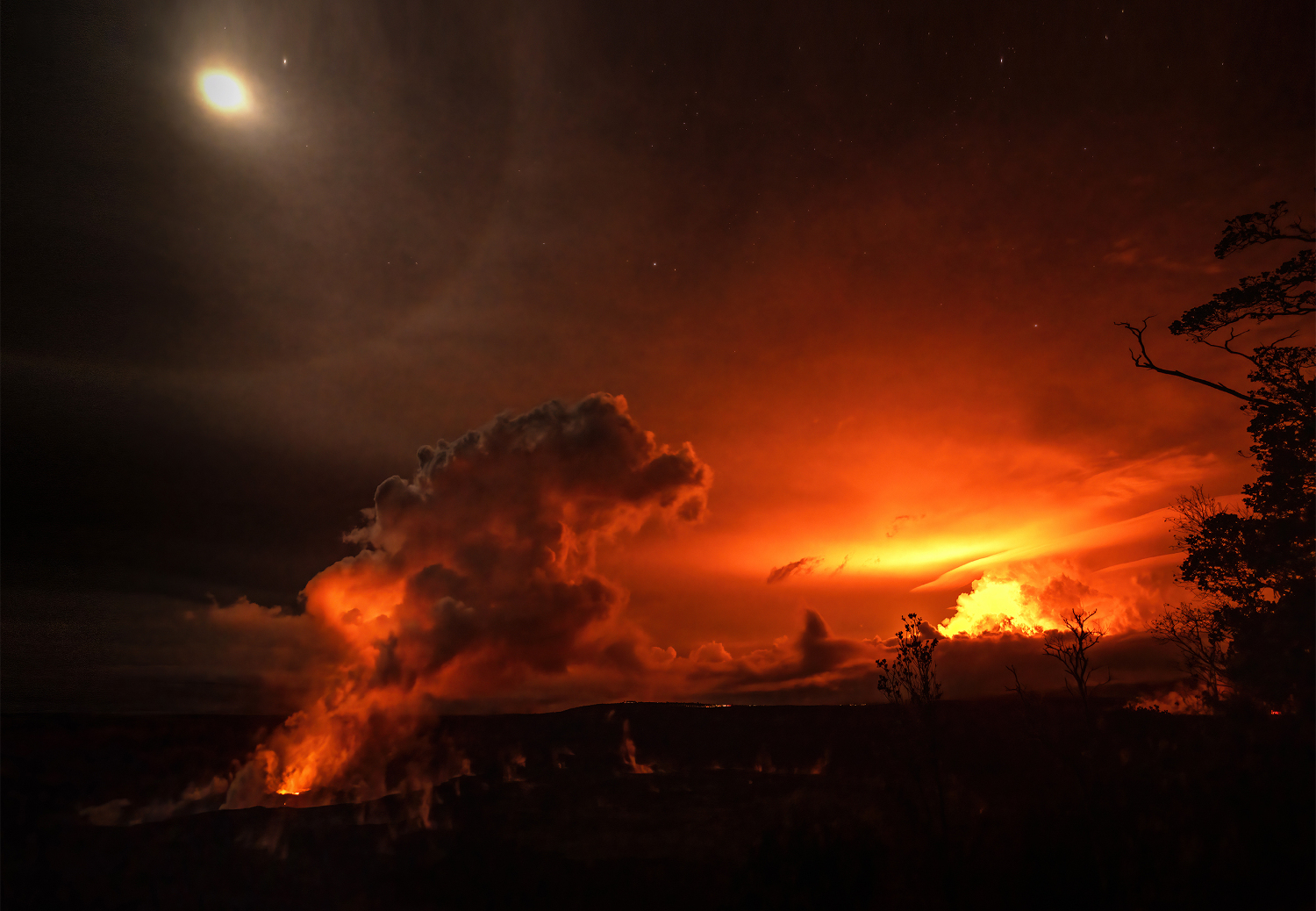 Meanwhile, Hawaiʻi Volcanoes National Park is open, day and night. The National Park Service its the first time in 40 years that both Kīlauea and Mauna Loa are erupting at the same time.

“Consider factors such as viewing experience, long waits and crowds, hiking ability, and available time when selecting where to view the eruption,” the National Park website states. “Check out the park map and download the new NPS mobile app to help you navigate during your visit.”