Images and video courtesy USGS Hawaiian Volcano Observatory, Tropical Visions Video, and Visionary Video. A synthesized voice was utilized in the narration for this story.

HAWAIʻI ISLAND - While no property is at risk at this time, the lava is 6 miles away from Saddle Road. Also, a new fissure is erupting lava on the rift. 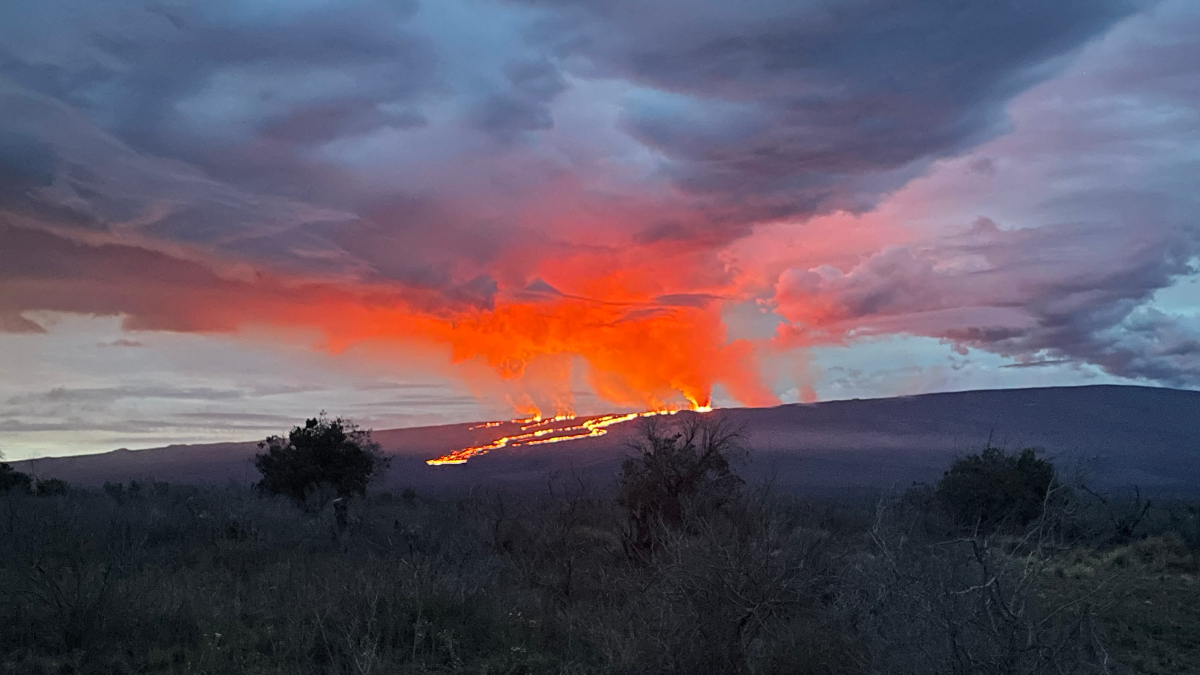 (BIVN) – The eruption of Mauna Loa on the Northeast Rift Zone continued Tuesday morning. Here is the latest:

From the USGS Hawaiian Volcano Observatory at 9:12 a.m. HST:

There is no active lava within Moku’āweoweo caldera, and there is no lava erupting from the Southwest Rift Zone. All lava flows are on the northeast flank of Mauna Loa. We do not expect any eruptive activity outside the Northeast Rift Zone. No property is at risk currently. There is a visible gas plume from the erupting fissure fountains and lava flows, with the plume primarily being blown to the North. 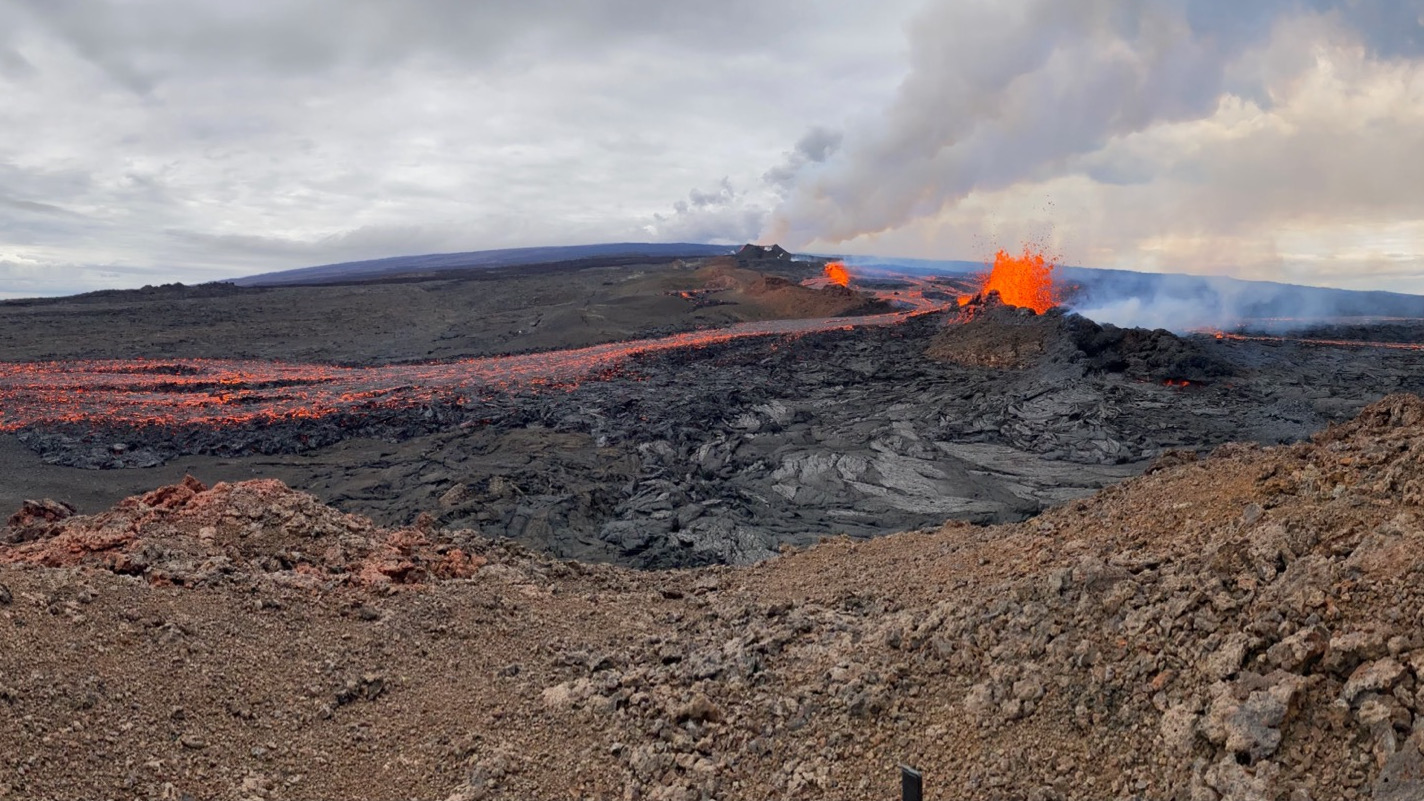 As lava continues to flow into the Northeast Rift zone from Mauna Loa’s summit caldera, the DLNR Division of Forestry and Wildlife (DOFAW) is closing additional recreation areas on the mountain.

Unit J of the Kapāpala Game Management Area is closed until further notice. DOFAW Hawai‘i Island Branch Manager Steve Bergfeld said, “No one should be accessing Mauna Loa at this time. Our sole focus is on public safety, which depends on where lava ultimately flows.”

On Monday, DOFAW announced the closure of the entire Mauna Loa Forest Reserve, a massive 50,000-acre area. In addition, Bergfeld decided to close the Kīpuka ʻĀinahou Nēnē Sanctuary, ʻĀinapō Trail and cabin, and the Kapāpala Forest Reserve. All areas will be closed for 90-days.

Earlier, the National Park Service closed access to the Mauna Loa summit from the south, due to the initial period of volcanic unrest. Jack Corrao, Chief Ranger at Hawai’i Volcanoes National Park, stated, “As part of our eruption response plan, Hawai‘i Volcanoes has implemented further closures to the main, easy, access points that lead up to the Mauna Loa Summit. These include the Mauna Loa Observatory Access Road through Hawai‘i County and Mauna Loa Road, known locally as “Strip Road.” These have been closed physically through barriers. Individuals attempting to access through these are subject to fines and arrest.”

Yesterday morning, officers from the DLNR Division of Conservation and Resources Enforcement (DOCARE) and the Hawai‘i Police Dept. established a roadblock at the intersection of Mauna Loa Observatory Access Road and Daniel K. Inouye Highway (Saddle Road). It is being manned 24-hours-a-day.