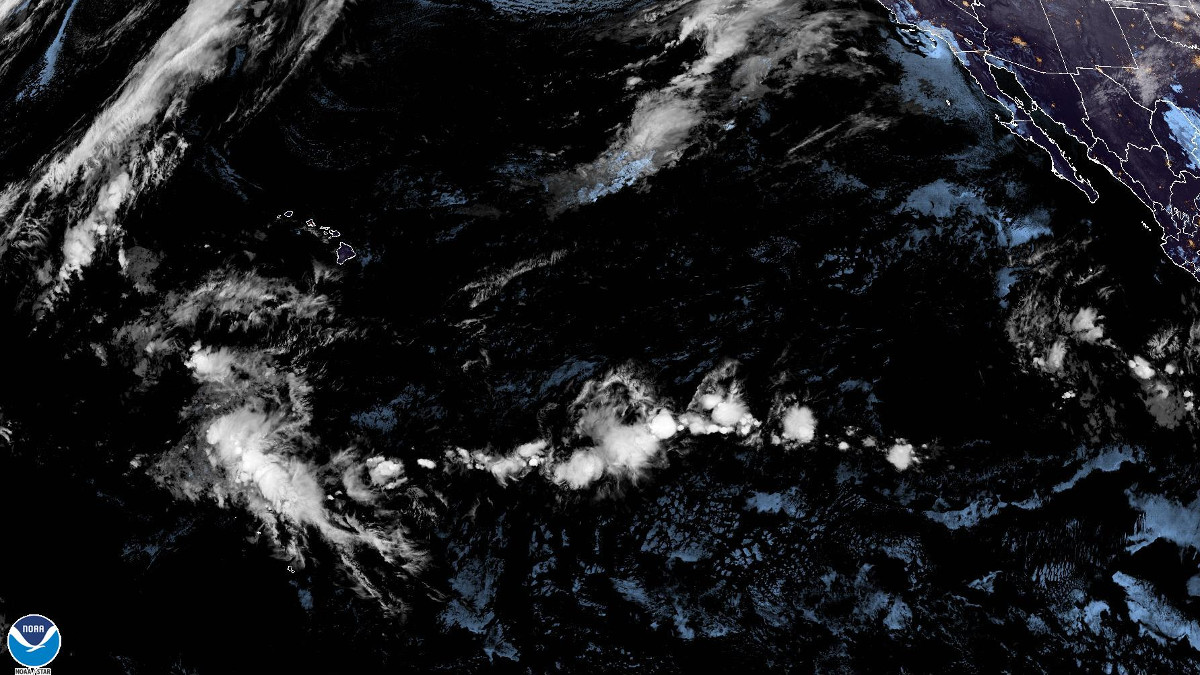 Central Pacific Hurricane Season Ends With Only One Cyclone

HAWAIʻI - The 2022 hurricane season, which runs from June 1 to November 30 in the Central Pacific, saw below average activity. 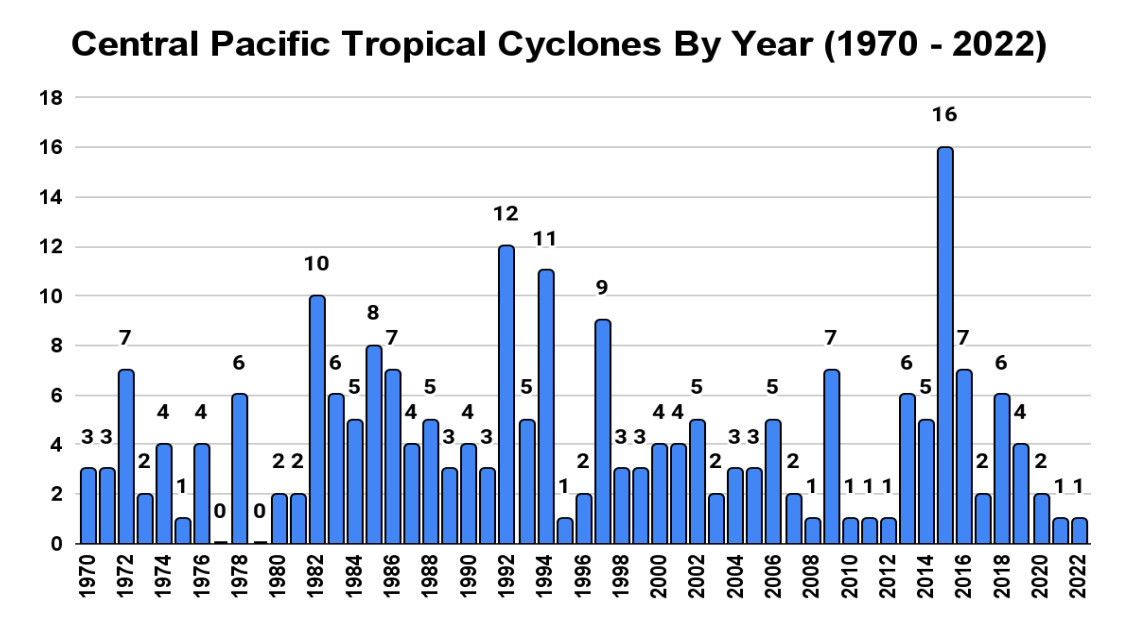 (BIVN) – The 2022 Hurricane Season in Hawaiʻi came to an end on Wednesday. Only one tropical cyclone, Hurricane Darby, was produced.

The Central Pacific Hurricane Season runs from June 1 to November 30. This season’s activity is below the average, which is four to five tropical cyclones per season. Before the season began, forecasters said there was a 60% chance of a below normal season, due in large part to the La Niña conditions in the equatorial
Pacific that were expected to continue through the summer. “The ongoing La Niña is likely to cause strong vertical wind shear making it more difficult for hurricanes to develop or move into the Central Pacific Ocean,” the outlook stated.

From the Central Pacific Hurricane Center:

Hurricane Darby was the only tropical cyclone of the season in the Central Pacific. Darby moved into the basin on July 14 as a Category 2 hurricane, weakened to a tropical storm on July 15, then dissipated south of Hawaiʻi on July 17. (Note: these are preliminary values. Also, the dates provided are Universal Coordinated Time [UTC], which is 10 hours ahead of Hawaiʻi Standard Time.)

Impacts to the State of Hawaiʻi: As Darby passed south of the state on July 16, it brought 1 to 3 inches of rain to the east side of the Big Island and also generated advisory-level surf of 8 to 12 feet for east-facing shores on July 16. There were no significant flooding problems reported. 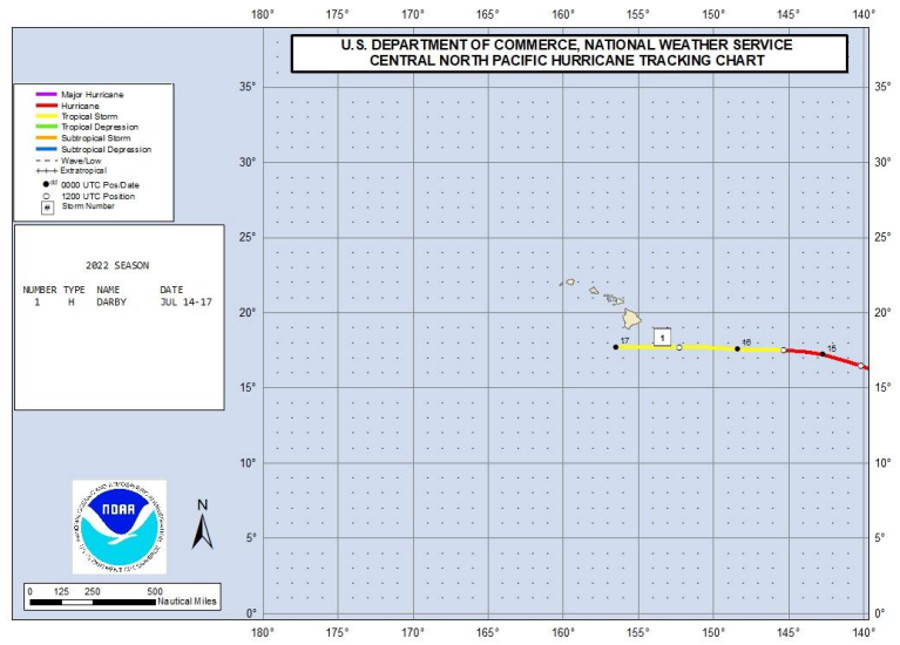 Unrelated to Darby, a historic south swell, generated by a winter storm in the southern hemisphere, also occurred from July 13-19, impacting property and damaging Hoone Road in Poipu on the island of Kauai.

In addition, moisture from former Tropical Cyclone Bonnie, which had dissipated in the East Pacific earlier in the month, moved across the state on July 12-13. Several rainfall totals of 1 to 4 inches were observed along the windward slopes of the islands, with an event maximum of over 6 inches occurring over the West Maui Mountains. No significant flooding problems were reported.