HAWAIʻI ISLAND - Officials with the USGS Hawaiian Volcano Observatory and the Hawaii County Civil Defense gave an update on the situation during a Wednesday morning media briefing. 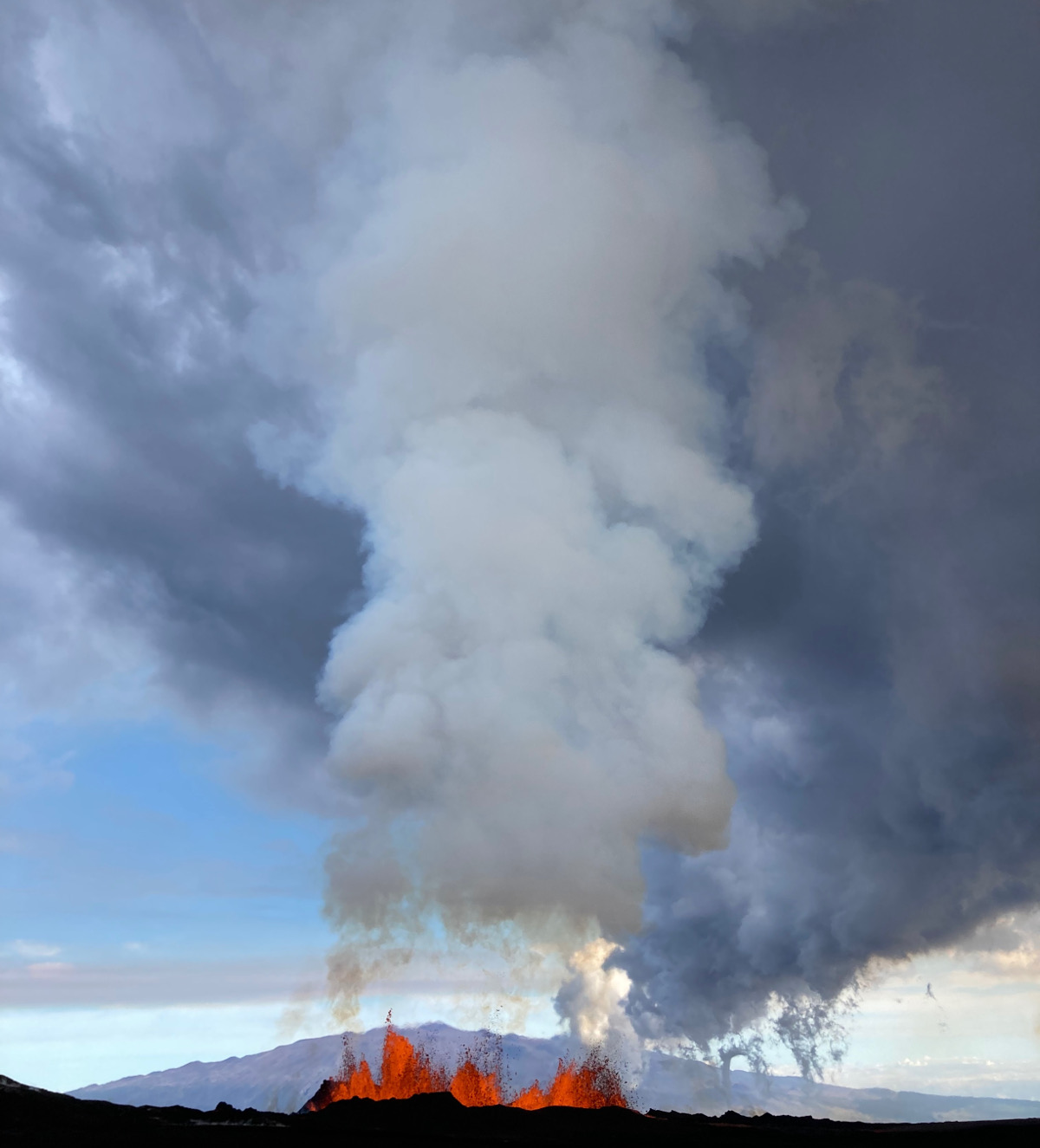 USGS: “Fissure 3 of the Northeast Rift Zone Mauna Loa eruption with a plume of volcanic gases and fine volcanic ash and Pele’s hair being wafted in a near vertical plume.” (Taken at about 7:15 AM on November 30, 2022)

(BIVN) – Hawaiʻi officials provided an update on the ongoing eruption of Mauna Loa on Wednesday, during a 9 a.m. briefing with media.

Here is a transcript of the information provided by Ken Hon, the Scientist-in-charge of the USGS Hawaiian Volcano Observatory:

“We have one principal lava flow that is being fed from Fissure 3 up on Mauna Loa’s Northeast Rift Zone. This lava flow has now reached the bottom of the steep part of Mauna Loa and is moving into the flatter saddle area.

It’s on the flat ground now. It appears the lava flow is beginning to spread out some, and we expect it to slow down. Last night it was moving around – our calculations, for last night, it was moving around 130 meters an hour. And it’s about 3.6 miles from the Daniel K. Inouye / Saddle Road right now.

If it continues at that rate, the soonest it would get to the Saddle Road is approximately two days from this point. We expect it will probably take longer than that as the lava flow spreads out, it’ll probably interfere with its own progress, and we expect it to slow down some from that previous rate. So, we’re looking at about two days out, at the earliest, that it might actually hit the Saddle Road at this point.

Overnight, the seismicity quieted significantly on the Northeast Rift Zone. We believe the drop in seismicity probably indicates that the dike is less likely to continue to propagate down the rift zone and open up new fissures. That’s still a possibility, but it’s just a lower possibility at this point. So the dominant seismic noise now is tremor, which is: the lava exiting the vent at the fissure zone vibrates a lot, as gas bubbles are released. So that’s what we’re mostly seeing in our seismometers today.

It continues to emit significant amounts of volcanic gas, mostly SO2, and Pele’s hair. We have reports of Pele’s hair falling at several places in the saddle area. These are the shorter, stubbier, very kind of sharp pieces of Pele’s hair, so we know that there is glass particulate being carried at least for some distance and so that’s quite a bit of distance, actually. Somewhere between 5 and 10 miles from the vent we’re seeing fall-out of Pele’s hair, along with the gas.

The south winds have kind of abated and we’ve got fairly still air on the island today, so the plume is rising kind of directly over the vents.” 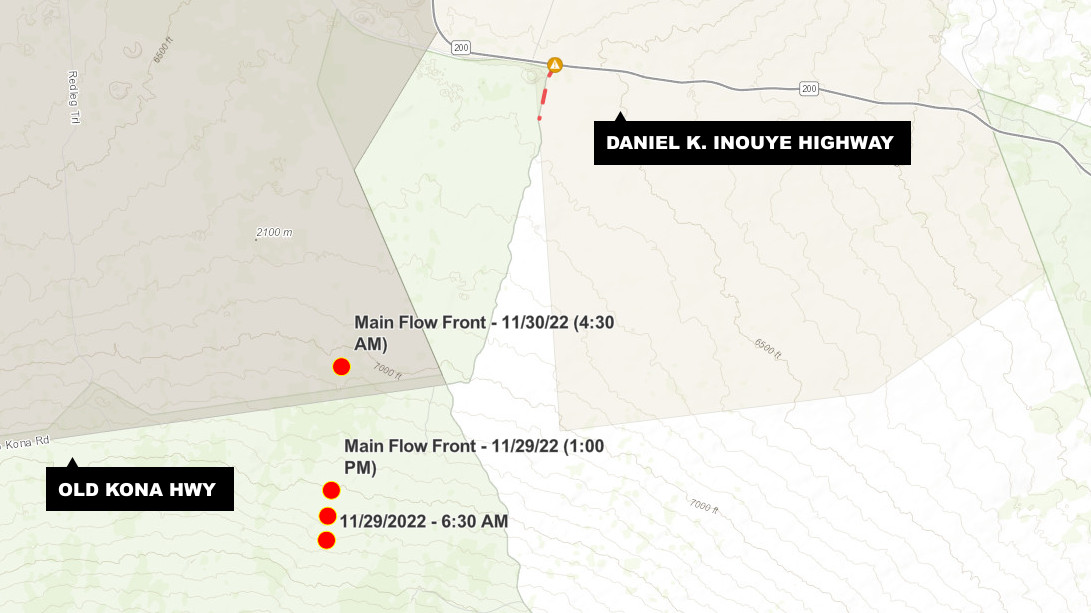 “As the lava gets closer to DKI Highway, many of our partners are doing their plans because that is the main transit between East and West Hawaiʻi,” said Talmadge Magno, the head of the Hawaiʻi County Civil Defense. “So, you know, the fallback is basically the coastal routes that have been in existence for all these years.”

“Another big operation that we’re facing is the thousands of residents and visitors that are flocking to the DKI and the eruption site” to view the eruption, creating what Magno said is “a safety hazard environment on the highway.”

Magno said the County is in talks with Pōhakuloa Training Area to “perhaps put in a viewing area that can handle all these people and their vehicles.”

“At this point, no other communities are threatened,” Magno said.