USGS: “This telephoto image of spatter being thrown from the fissure 3 on the Northeast Rift Zone of Mauna Loa was taken on the morning of December 4, 2022. Sustained fountain heights of 141 feet (43 meters) with bursts reaching over 232 feet in height (71 meters) were measured.” (USGS image by L. Gallant)

HAWAIʻI ISLAND - The slow-moving lava flow front, advancing at a rate of about 25 feet per hour, was about 2.16 mi (3.5 km) from the Daniel K. Inouye Highway as of this morning. 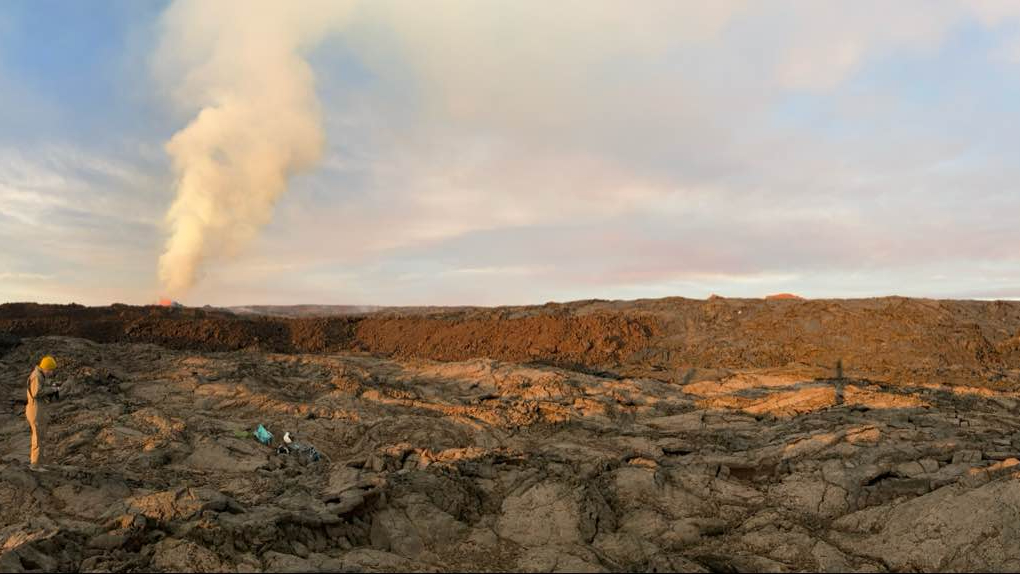 USGS: “Panoramic image showing the fissure 3 lava channel at a high elevation on Mauna Loa’s Northeast Rift Zone. In field, Hawaiian Volcano Observatory scientists measure how fast the lava is flowing. On average, the velocity of lava within the channel is estimated to be flowing at a rate of nearly 10 meters per second (32 feet per second).” (USGS image by H. Dietterich)

From the USGS Hawaiian Volcano Observatory on Monday:

As of 6:30 a.m. today, December 5, the flow front was about 2.16 mi (3.5 km) from the Daniel K. Inouye Highway (Saddle Road). There continued to be several small overflows from main channels recorded over the past day. During the past 24 hours, the lava flow advanced at an average rate of about 25 feet per hour (8 meters per hour). Though the advance rate has slowed over the past several days, the lava flow remains active with a continuous supply from the fissure 3 vent. USGS: “The Northeast Rift Zone eruption of Mauna Loa has continued into its eighth full day. One active fissure, fissure 3, is feeding a lava flow downslope to the north. HVO field crews and USGS analysts have accurately mapped some of the most active flows, displayed in red here, along with older flows further uprift, in part of Mokuʻāweoweo Caldera, and in the upper summit region southwest of the caldera. Lava flow length was measured by tracing an active channel from the December 2, 2022, thermal map and then extending the measurement to the distal lava flow extent measured on this morning’s overflight.” 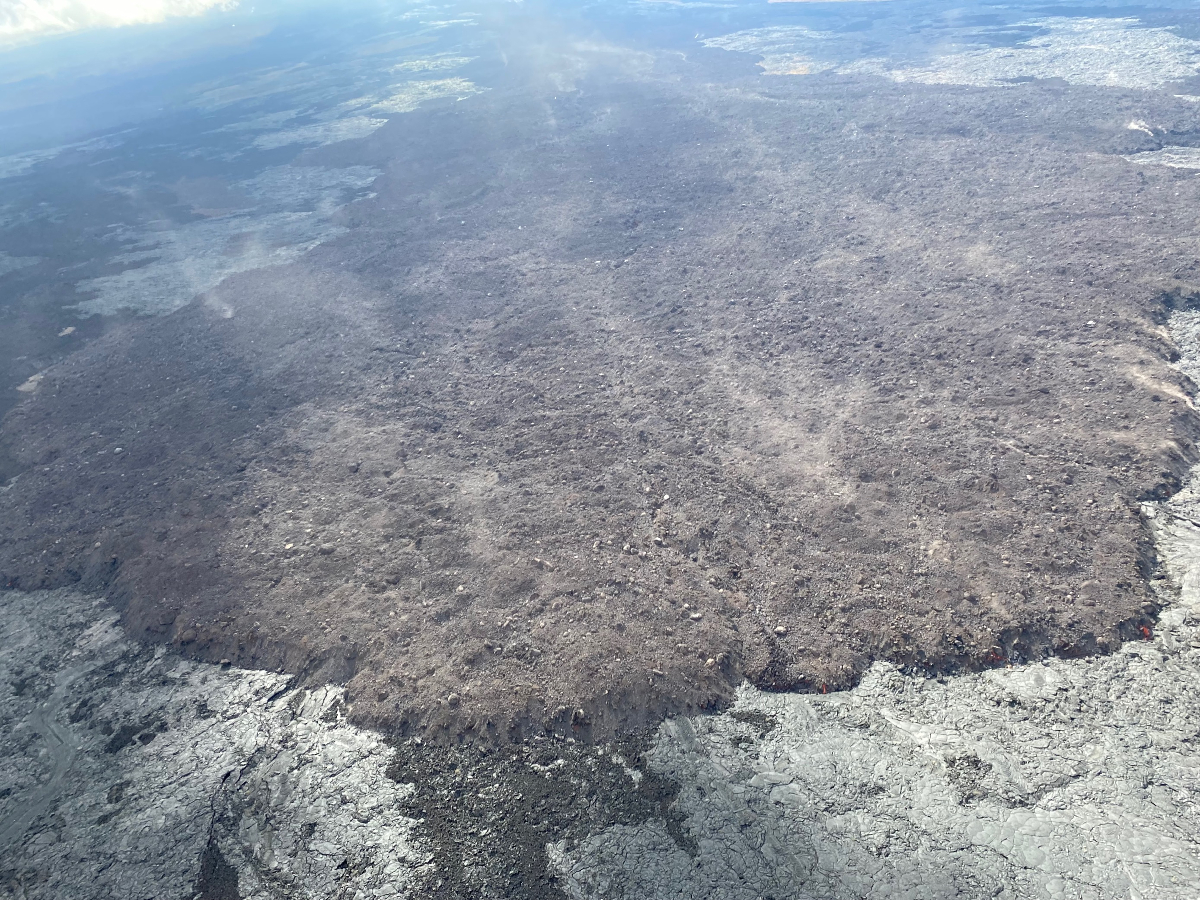 Sulfur dioxide (SO2) emission rates of approximately 180,000 tonnes per day (t/d) were measured on December 1, 2022, and remain elevated. Volcanic gas plumes are lofting high and vertically into the atmosphere before being blown to the west at high altitude, generating vog in areas downwind. Vog information can be found at https://vog.ivhhn.org/.

Pele’s hair (strands of volcanic glass) fragments are being wafted great distances and have been reported as far Laupāhoehoe.