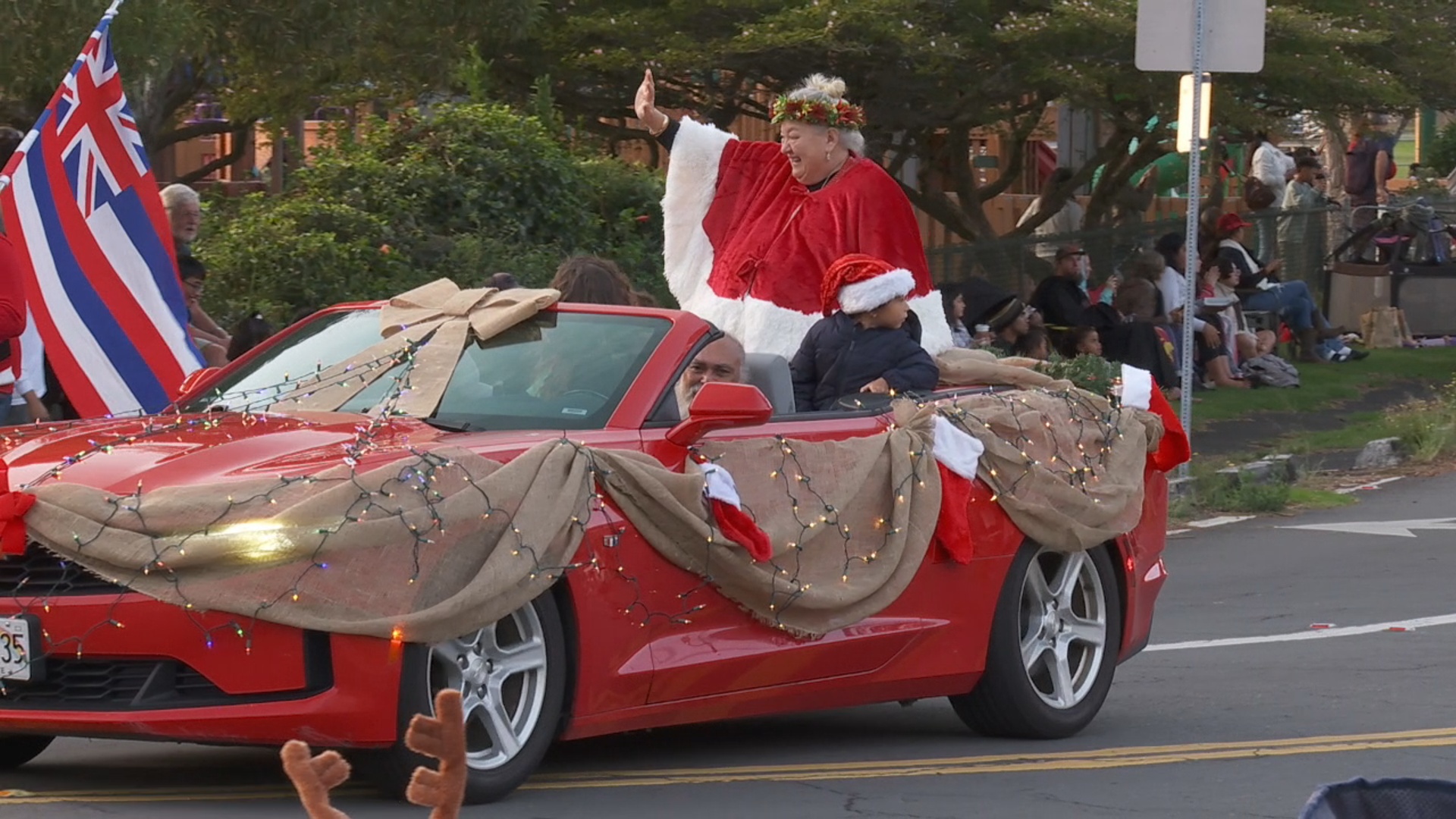 This year’s event featured a new, much longer, parade route intended to safely spread out spectators. Organizers planned to have 15 narrator stations along the route that begin at Waimea Park (where it used to end) and ended at Kalani Schutte Waimea District Park.

“It is packed all the way, both sides of the road,” said parade co-chair Lani Olsen-Chong, remarking on the size of Saturday’s crowd. “It’s amazing. People are amazing. They’re so excited.”

“We have close to 900 participants in the parade,” Olsen-Chong said. “And that’s minus some of the truckers that I didn’t get to count.”

“It’s truly an honor to be the Grand Marshal of the Waimea Christmas parade,” said Kahakalau. “I have worked here in Waimea for many many years, and I love this community. And so, to be able to be part of this parade is wonderful. I have my three grandchildren also who are part of it and that’s probably the most excitingest part for me.”

As always, the parade featured a long line of trucks, festooned with lights. This year’s “Honored Trucker & Aikane” was the late Mel Paio, “who was a devoted partner, father of 7 (4 sons – Ikaika, Kalani, Kamaha’o and Nainoa, and 3 daughters – Anela, Kanoe and La’akea), and grandfather of 11, who passed away quite suddenly this year,” parade organizers said. “Mel was a dedicated 33+-year employee of West Hawaiʻi Concrete, first as a Ready Mix Driver, and later, Leadman/Batchman in the Ready Mix Department.”

The Canada France Hawaii Telescope, headquartered in Waimea, provided video of the parade, and also held a Winter Star Party the same night.

The Waimea parade is “colder than all the other parades around the island”, reflected Kahakalau, “and so we can really dress up, you know, winter-ish kind of thing. Which, for most places, is not possible because it’s so warm. But here in Waimea – I came through the other day, was 55 degrees – so, you need to dress up and bundle warm and you can drink your hot chocolate and have a great time with your family and friends.”