HAWAIʻI ISLAND - The USGS Hawaiian Volcano Observatory reports Mauna Loa continues to erupt, but "with a reduced supply of lava and reduced gas emissions this morning." 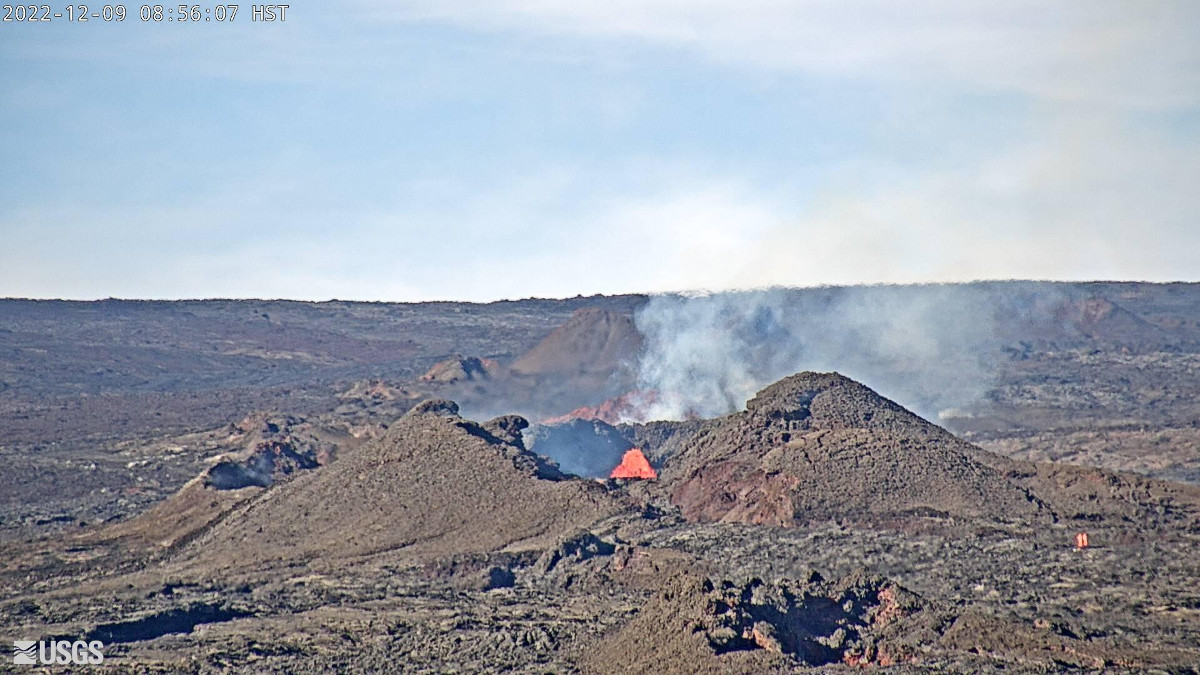 (BIVN) – Although the eruption of Mauna Loa volcano on the Northeast Rift Zone continued on Friday morning, scientists reported a significant reduction in the lava supply from the Fissure 3 vent, as well as gas emissions – down to 30,000 tonnes per day.

From the Friday activity update by the USGS Hawaiian Volcano Observatory posted at 8:51 a.m. HST:

The Northeast Rift Zone eruption of Mauna Loa continues. The fissure 3 (F3) vent continues to erupt with a reduced supply of lava and reduced gas emissions this morning.

As of 7:00 a.m. today, December 9, activity at the F3 vent is significantly reduced producing low fountains that feed lava flows extending only 1.2 mi (2 km) from the vent. The channels below this point appear drained of lava and probably no longer feed the main flow front.

Sulfur dioxide (SO2) emission rates were also reduced to approximately 30,000 tonnes per day (t/d) as measured on December 8, 2022. The Hawaii Interagency Vog Information Dashboard has detailed information about vog. Forecasts for the dispersion of vog can be found on the VMAP Vog Forecast Dashboard.

Tremor (a signal associated with subsurface fluid movement) continues beneath the currently active fissure. This indicates that magma is still being supplied to the fissure, and activity is likely to continue as long as we see this signal.

The significance of the reduced supply of lava is not yet clear; it is common for eruptions to wax and wane or pause completely. A return to high levels of lava discharge could occur and the Hawaiian Volcano Observatory continues to closely monitor this activity. 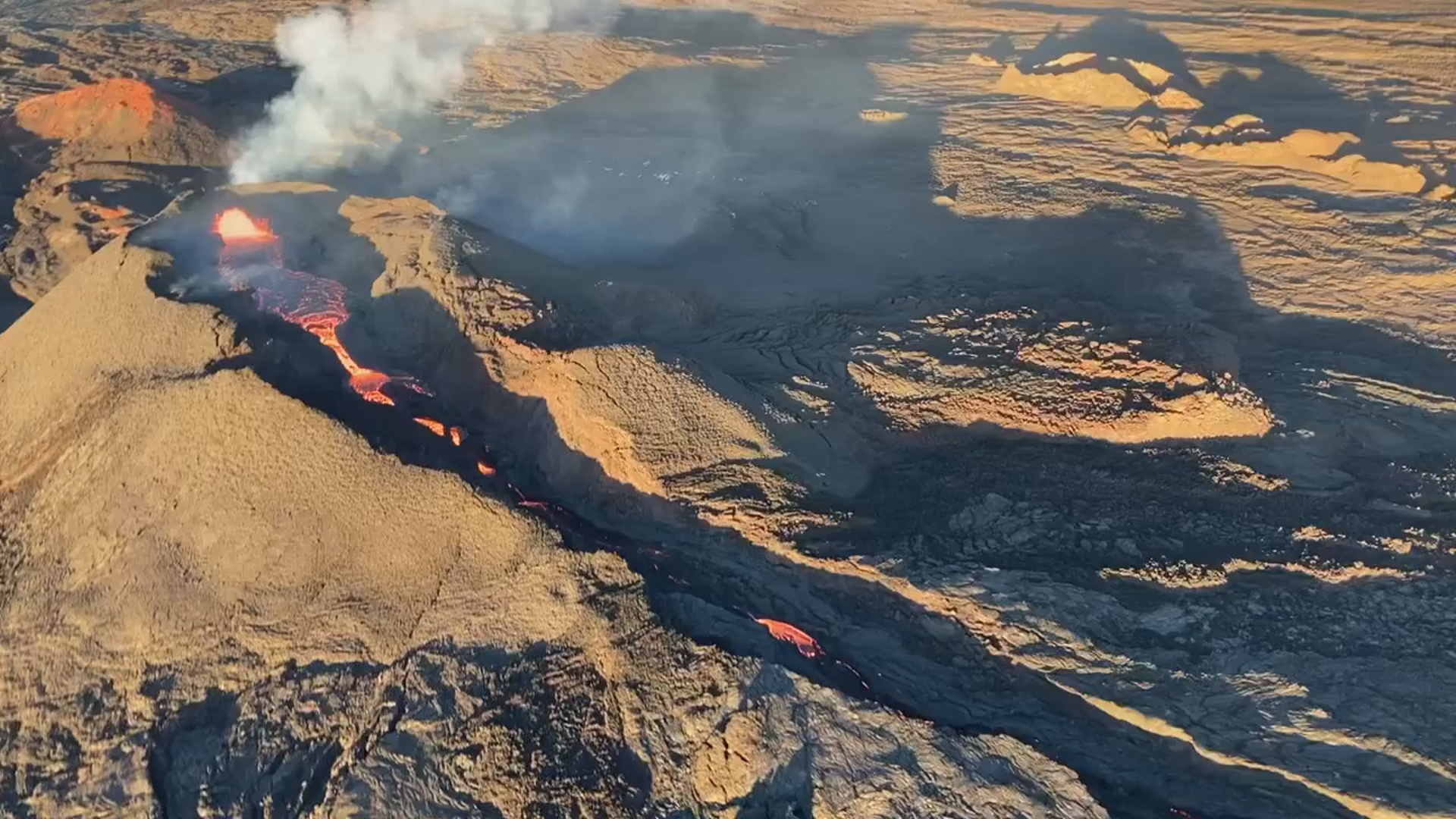 USGS: “Aerial view of fissure 3 erupting on the Northeast Rift Zone of Mauna Loa on December 9, 2022. The eruption continues but the vigor has greatly reduced over the past 24 hours.” USGS image by M. Patrick.

“Mauna Loa behaves a little bit differently than Kilauea,” explained USGS HVO Scientist-in-charge Ken Hon during a media conference on Friday morning. “A lot of its eruptions start with what we’ve had, which is a very high effusion rate phase that drives larger ʻaʻā flows, which we’ve seen over the last week and a half. These eruptions can do one of two things: they can either just slowly decrease, or even rapidly decrease, and come to an end. And we’ve been saying that, typically, this phase of these eruptions last from somewhere around 2 to 3 weeks. Most of these – somewhere between one-third and one-half of the Northeast Rift Zone eruptions – have another potential behavior, which is to go into a sustained, low effusion rate, where basically the amount of lava coming out is more or less equal to what we think is the amount of lava coming into the system, at depth.”