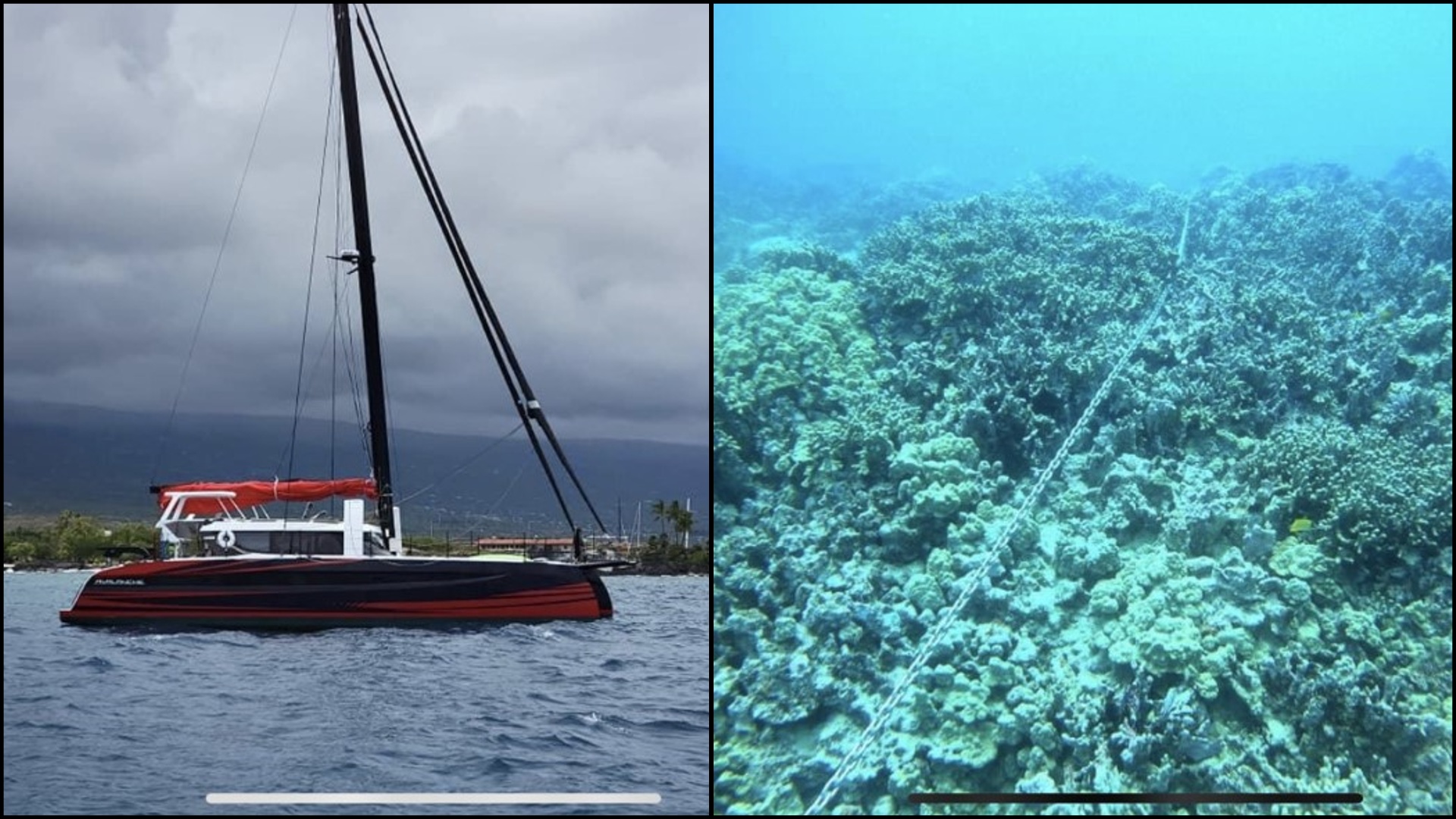 (BIVN) – A $43,000 fine has been handed down to a boat owner for damaging coral off Honokōhau Small Boat Harbor in Kona back in May 2021.

On May 28, 2021, DAR received a social media report that the 54-foot sailing catamaran, Avalanche had anchored on top of live coral outside the Honokōhau Small Boat Harbor on Hawai‘i Island.

A DAR aquatic biologist, along with DOCARE officers relayed concerns about the vessel’s anchorage to the boat’s captain and the biologist conducted a visual survey of the underlying reef.

After the survey and talking with the captain, the Avalanche pulled anchor and left the area. An underwater assessment on June 1 found extensive damage to 101 coral colonies and 58 pieces of live rock.

DAR recommended an administrative penalty of $43,417 to compensate the State for damage to natural resources on public lands and the cost of its investigation.

DAR Administrator Brian Neilson explained, “The portion of the penalty not expended to cover the costs of our investigation is placed in a fund dedicated to coral damage response and restoration. We appreciate the Land Board’s action in approving what we believe are fair and equitable penalties based on the extent of damage caused by each of these vessels.”