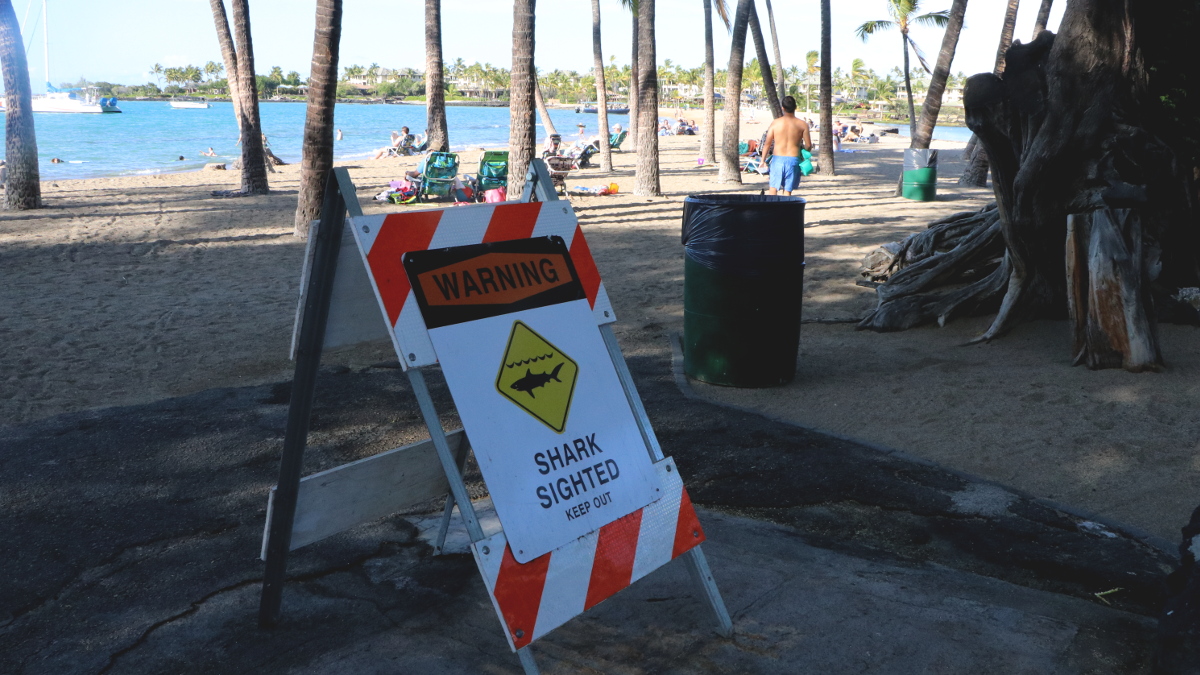 WAIKOLOA, Hawaiʻi - A man reported to be in his mid-60’s was taken to the hospiatl following an encounter with a 12-foot tiger shark at ʻAnaehoʻomalu Bay.

(BIVN) – A man was injured at ʻAnaehoʻomalu Bay on Tuesday, after a reported encounter with a 12-foot tiger shark.

The Hawaiʻi Department of Land and Natural Resources issued this notice before noon:

Shark warning signs are up at Hawai‘i Island’s ʻAnaehoʻomalu Bay, this morning, following an apparent encounter between a man in his mid-60’s and what has been reported as a 12-foot tiger shark.

The man was taken to North Hawai‘i Community Hospital. Under established protocols, DLNR does not release victim’s names, extent of injuries, or medical condition. It is not known whether the man is a local resident or a visitor.

Additional warning signs have been put up at various resort properties in the area, as well as by ocean sports operators.

A 68-year old Waikoloa man was swimming about 400 yards offshore around 8a.m. when the shark bit him on the lower left torso. The swimmer attempted to fend off the shark with a diving knife and the shark released the swimmer.

The swimmer was assisted to shore and transported to Queens North Hawaii Community Hospital by Hawai‘i Fire Department personnel for treatment. The Waikoloa man is in stable condition and will be transported to Oʻahu for treatment of non-life threatening injuries.

Police ask anyone who may have information on this case to contact Officer Ansel Robinson at (808) 887-3080 or by email at ansel.robinson@hawaiicounty.gov.

The Hawaiʻi DLNR noted that this is the second shark/human encounter in the past week in Hawai‘i. “Last Thursday a 60-year-old Washington State woman disappeared after her husband and witnesses reported she was attacked by a shark,” the DLNR said. “An extensive search of the area around Keawakapu Point in South Maui failed to find the woman.”