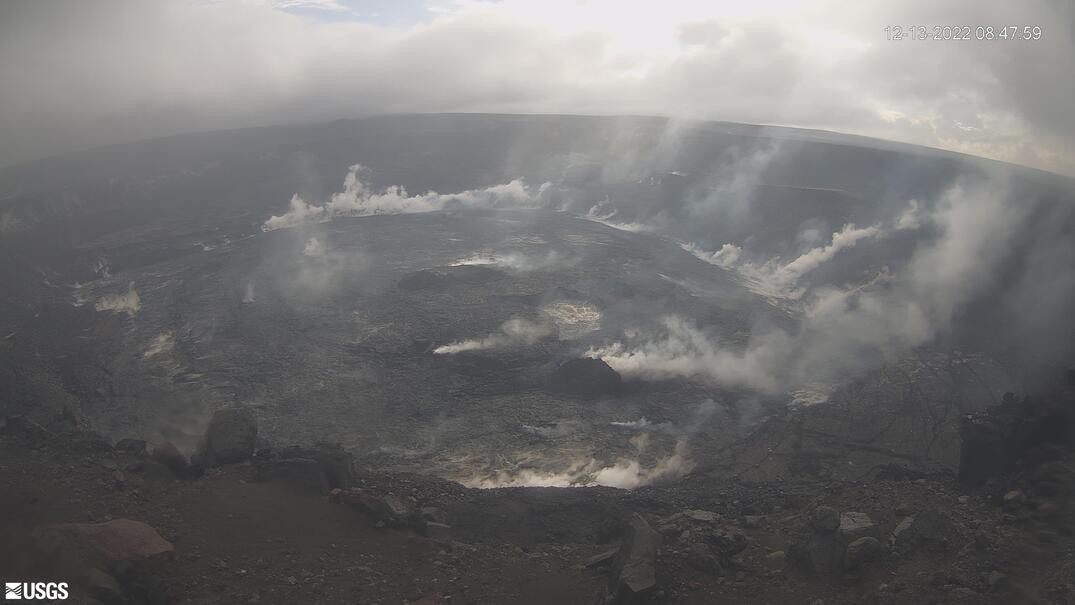 USGS webcam showing the inactivity at the summit of Kīlauea as of Tuesday morning.

HAWAIʻI ISLAND - The eruptions at both volcanoes have paused, and officials say they are no longer at a WATCH alert level. 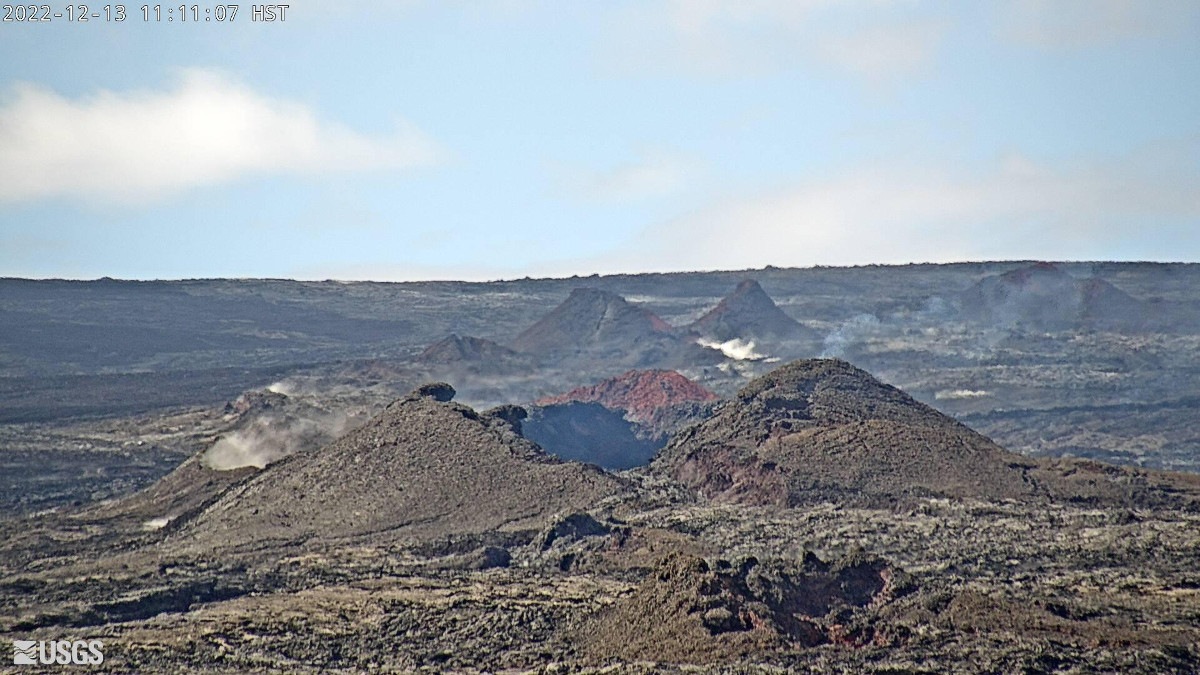 USGS webcam showing the inactivity at the summit of Mauna Loa as of Tuesday morning.

(BIVN) – With an apparent pause in the eruptions at both Mauna Loa and Kīlauea, officials have downgraded the alert levels for both volcanoes from WATCH to ADVISORY, and the Aviation Color Codes from ORANGE to YELLOW.

On Mauna Loa, the lava supply to the Fissure 3 vent on the Northeast Rift Zone ceased on December 10th, and the USGS Hawaiian Volcano Observatory says sulfur dioxide emissions have decreased to near pre-eruption background levels. Volcanic tremor and earthquakes associated with the eruption are also greatly diminished, scientists say. 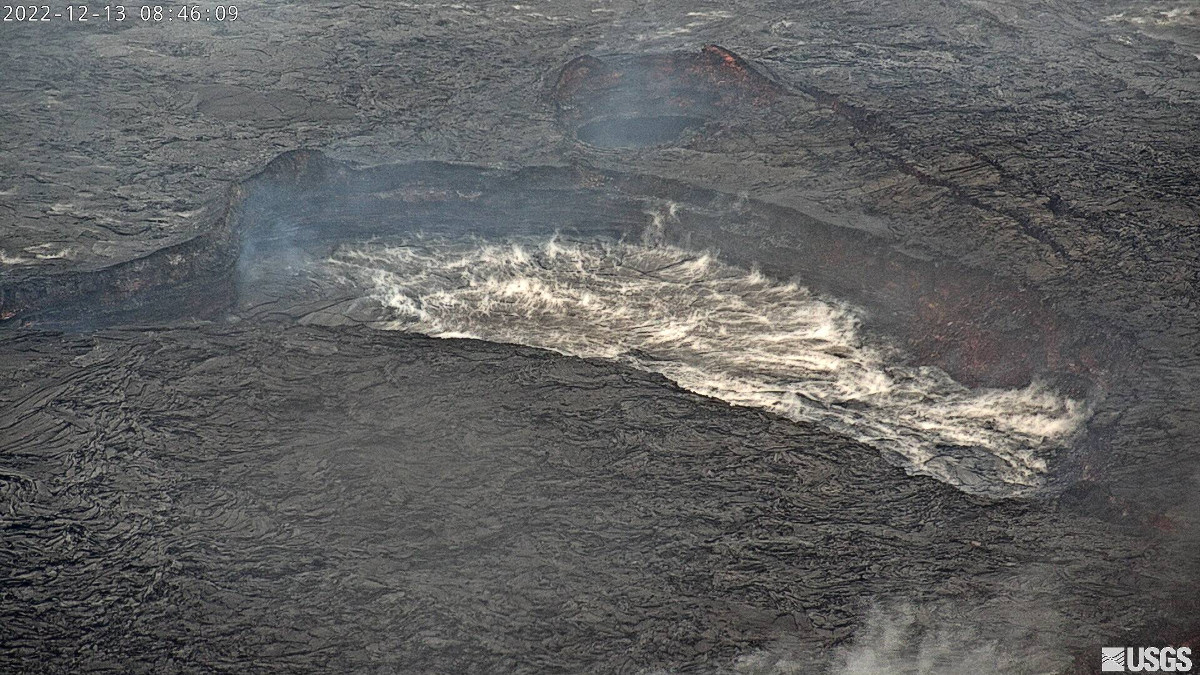 USGS webcam showing the inactivity at the summit of Kīlauea as of Tuesday morning.

On Kīlauea, scientists believe the lava supply to the Halemaʻumaʻu lava lake ceased on December 9th. “Sulfur dioxide emissions have decreased to near pre-eruption background levels,” the USGS notice stated. “Seismicity and deformation patterns remain unsettled. Potential remains for resumption of this eruption or initiation of a new eruption at or near the summit of Kīlauea.”

Due to the current pause in lava activity, starting today, Tuesday, Lava Parking Area hours will be from 4 PM to 12 midnight. Gilbert Kahele Recreation Area near the 34 Mile Marker of DKI Highway provides an additional vantage point to observe Mauna Loa and is open 24 hours.

Civil defense head Talmadge Magno said on Tuesday that the State is keeping the Mauna Loa Forest Reserve closed for now, and the Mauna Loa Observatory Access Road will be gated and closed to the public.