HAWAIʻI - With an apparent pause in the eruptions at Mauna Loa and Kīlauea, officials have downgraded the alert levels for both volcanoes from WATCH to ADVISORY, and the Aviation Color Codes from ORANGE to YELLOW. 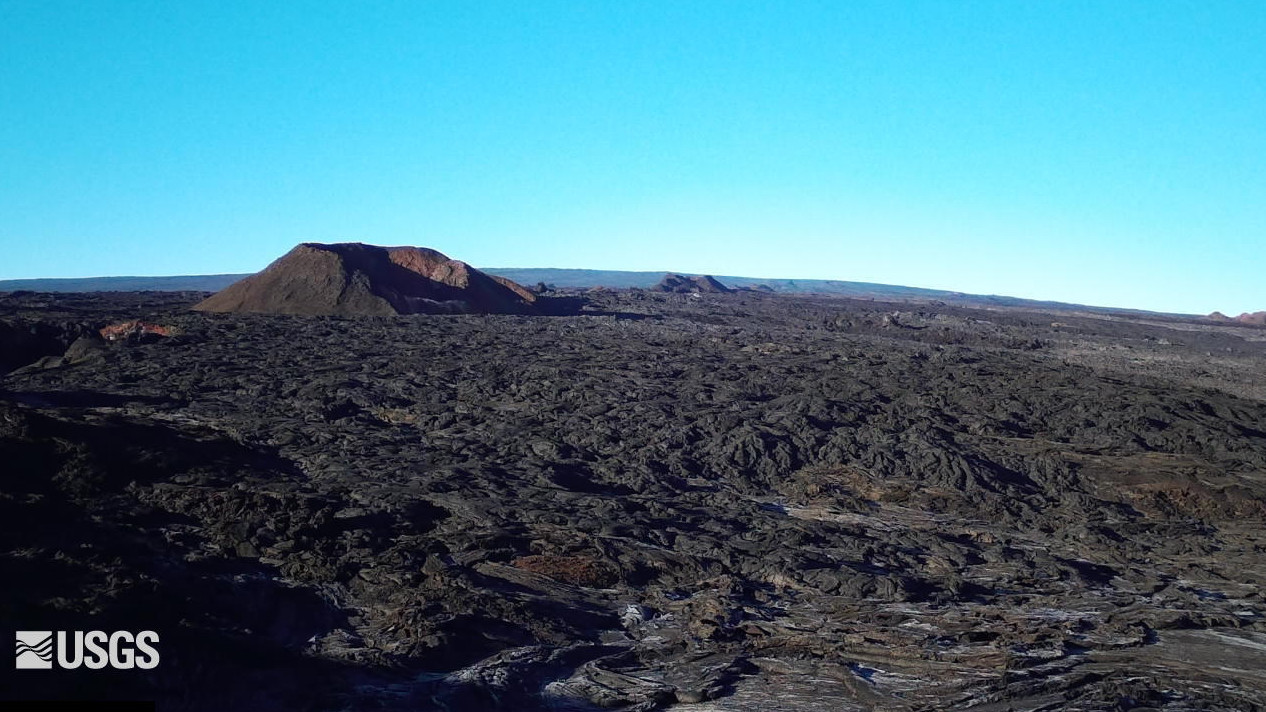 USGS webcam view of the Northeast Rift Zone of Mauna Loa volcano, view is to the west southwest.

(BIVN) – The eruptions at both Mauna Loa and Kilauea have apparently paused, and officials have downgraded the alert levels for both volcanoes from WATCH to ADVISORY, and the Aviation Color Codes from ORANGE to YELLOW.

On Mauna Loa, the lava supply to the Fissure 3 vent on the Northeast Rift Zone ceased on December 10th and the USGS Hawaiian Volcano Observatory says sulfur dioxide emissions have decreased to near pre-eruption background levels. Volcanic tremor and earthquakes associated with the eruption are also greatly diminished.

“We don’t expect it to resume based on historical analogs for other rift eruptions of Mauna Loa,” said USGS HVO Scientist-in-charge Ken Hon during a Monday media briefing. “None of them have ever paused during the eruption and certainly the high effusion rate part of that eruption is definitely over with. But there is just a small chance that there could be a resumption, but we don’t think that is likely, based on the fact that the seismicity at the summit has gone down and the tremor has gone way down, suggesting that there’s nothing really in the pipeline coming up that could that could cause that eruption to renew.”

On Kilauea, scientists believe the lava supply to the summit lava lake ceased on December 9th.

“The entire crater floor, which sits on this bigger pool of lava that is filled the crater, has only gone down now,” Hon said. “So that is an indicator that there’s no longer lava coming in there. It’s kind of cooling, losing gas, and contracting a little bit.”

“We do know that Kilauea has moved back towards Mauna Loa and extended,” Hon continued. “Some pressure has been relieved on it and that’s one possible idea, but we’ve also been noticing that, really since early in November, our seismologists have been tracking a trend to see that the tremor going into Kilauea’s eruption has been steadily decreasing. So, it looks like whatever the activity before Mauna Loa erupted, Kilauea was diminishing on its own. And that fits with we know.”

“The last time we were able to get a good enough measurement, to get an infusion rate, it was down from about 3 to 5 cubic meters a second down to about 1 cubic meter a second,” Hon explained, “so Kilauea may have been diminishing already. The Mauna Loa eruption may have caused enough physical changes to stop it or it may have just been headed to stop on its own. So we don’t have a really good answer for that right now.”

“There’s a lot of data, and over the next year we’re going to be combing through a lot of this data and see if we can learn more about the relationship between the two volcanoes,” Hon said.

“Just so everybody knows that we are keeping tabs on Mauna Loa and Kilauea both, because Mauna Loa – you know, we don’t really know what’s in store for us here,” Hon concluded. “If we’re going back to when it might be more active like it was in the 1800s to 1950. And for Kilauea, it still has some interesting seismicity and deformation going on, suggesting that things aren’t really over there. But they are definitely in a long-term pause not a short-term pause.”