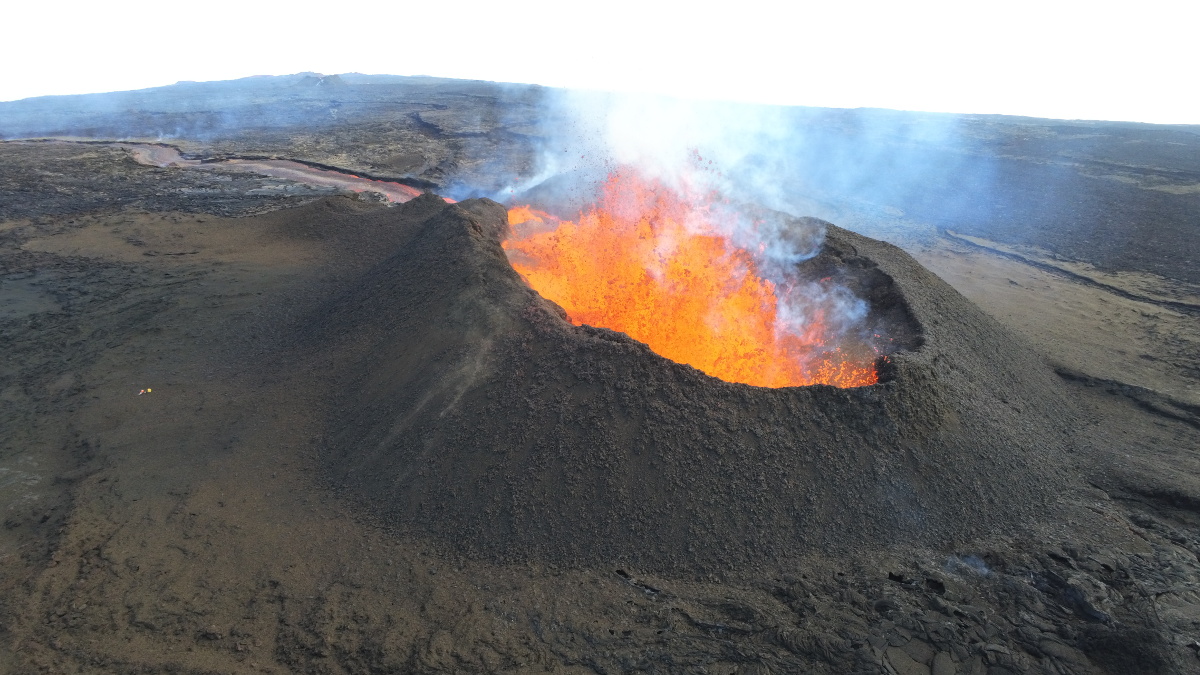 HAWAIʻI ISLAND - Volcano scientists and government officials will again present a month of talks in January 2023 about Hawaiʻi volcanoes. 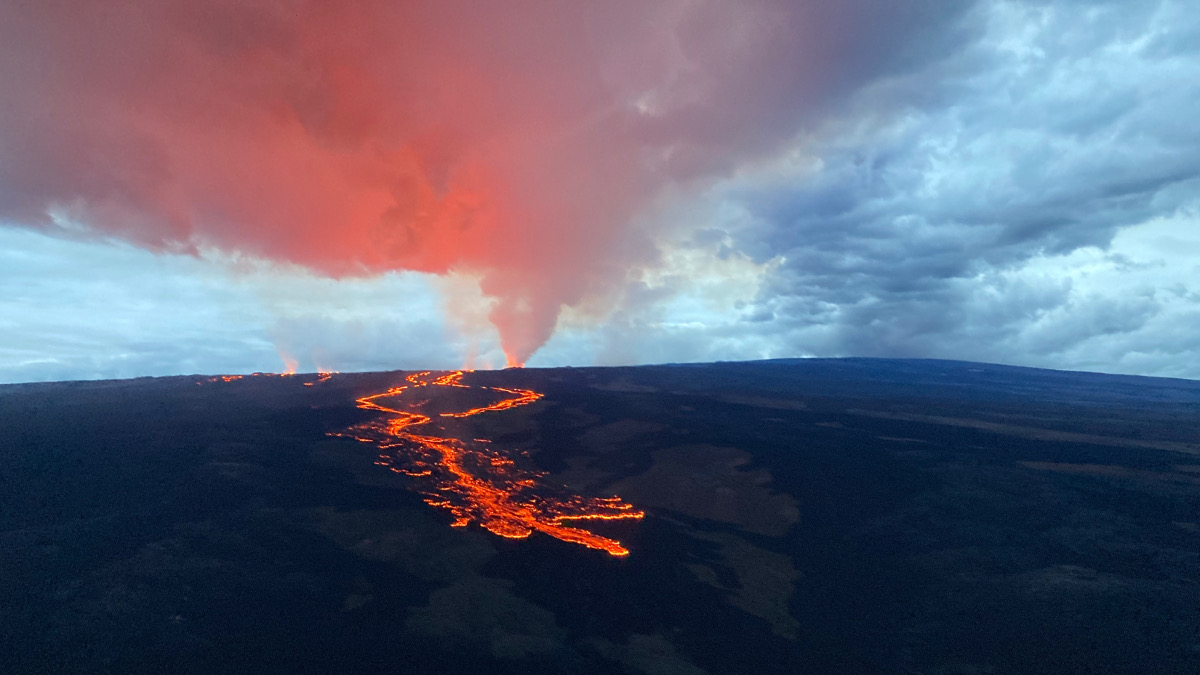 USGS: “Aerial view of the lava flows on the northeast flank of Mauna Loa, taken during a morning overflight on November 29, 2022. These lava flows came to within 2 miles (3 km) of the Daniel K. Inouye Highway (Saddle Road) before the eruption ended.” (USGS photo by M. Patrick)

(BIVN) – Mauna Loa and Kīlauea are not erupting at this time, and the USGS Volcanic Alert Level remains at ADVISORY for both volcanoes.

The Old Saddle Road that was opened as a temporary Lava Parking Area is closed, and officials on Friday issued the final civil defense update on the short eruption of Mauna Loa.

Still, there is more volcano discussion on the horizon. In this week’s Volcano Watch article, written by U.S. Geological Survey Hawaiian Volcano Observatory scientists and affiliates, the topic is the January 2023 Volcano Awareness Month.

This January, the USGS Hawaiian Volcano Observatory (HVO) will partner with the University of Hawai‘i at Hilo, Hawai‘i Volcanoes National Park Service, and the County of Hawai‘i Civil Defense Agency to deliver a range of talks and walks to help you maintain your volcano awareness.

The Island of Hawai‘i recently went from having two actively erupting volcanoes that caught the attention of both local residents and the world to having none. However, our volcanoes are still active and will erupt again, so volcano awareness should not be put on the backburner, so-to-speak. When volcanoes in Hawaii aren’t erupting, it is time to consider (and prepare for) where and when the next eruption could be.

For decades, Kīlauea was the only erupting volcano in Hawaii, but it is one of 6 active Hawaiian volcanoes that HVO monitors! Mauna Kea erupted several thousand years ago, Haleakalā erupted several hundred years ago, Hualālai erupted a couple of centuries ago, Kama‘ehuakanaloa (formerly Lō‘ihi Seamount) erupted in 1996, and—until very recently—Mauna Loa had last erupted in 1984.

Prior to November 27, 2022, staff at HVO and Island of Hawai‘i residents and visitors alike wondered when and where the next eruption of Mauna Loa would be. Now, with the first eruption in 38 years of Earth’s largest active volcano behind us, what have we learned?

Volcano Awareness Month programs will address this question and others. Join us at one of the events being offered in Hilo, Kailua-Kona, Ocean View, Puʻuhonua o Hōnaunau National Historic Park, and Hawai‘i Volcanoes National Park. Or take some time during the month of January to personally reflect on how volcanic activity in Hawaii can impact you.

Mauna Loa’s recent eruption has reminded Island of Hawai‘i residents and visitors that emergency preparedness cannot be overemphasized. An important aspect of preparedness is being aware of the hazards that can impact you where you live but also where you work and your commute.

The Mauna Loa eruption threatened the Danial K. Inouye Highway (Saddle Road), a major throughfare connecting the east and west sides of the Island of Hawai‘i. From the Highway, views of the eruption were spectacular and a stark reminder of how life on the Island of Hawai‘i can be impacted very quickly by volcanic activity.