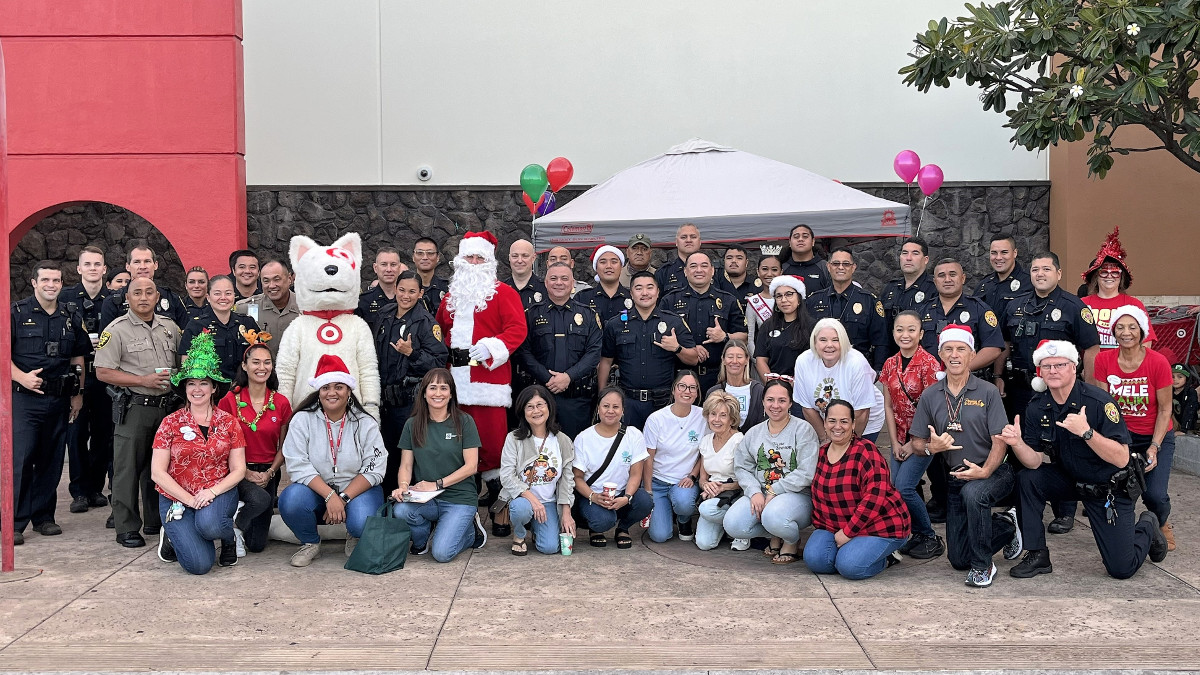 “Shop With A Cop” Event Held In Kona

KONA, Hawaiʻi - Area youth were given gift cards, and joined police officers and other first responders for the holiday event. 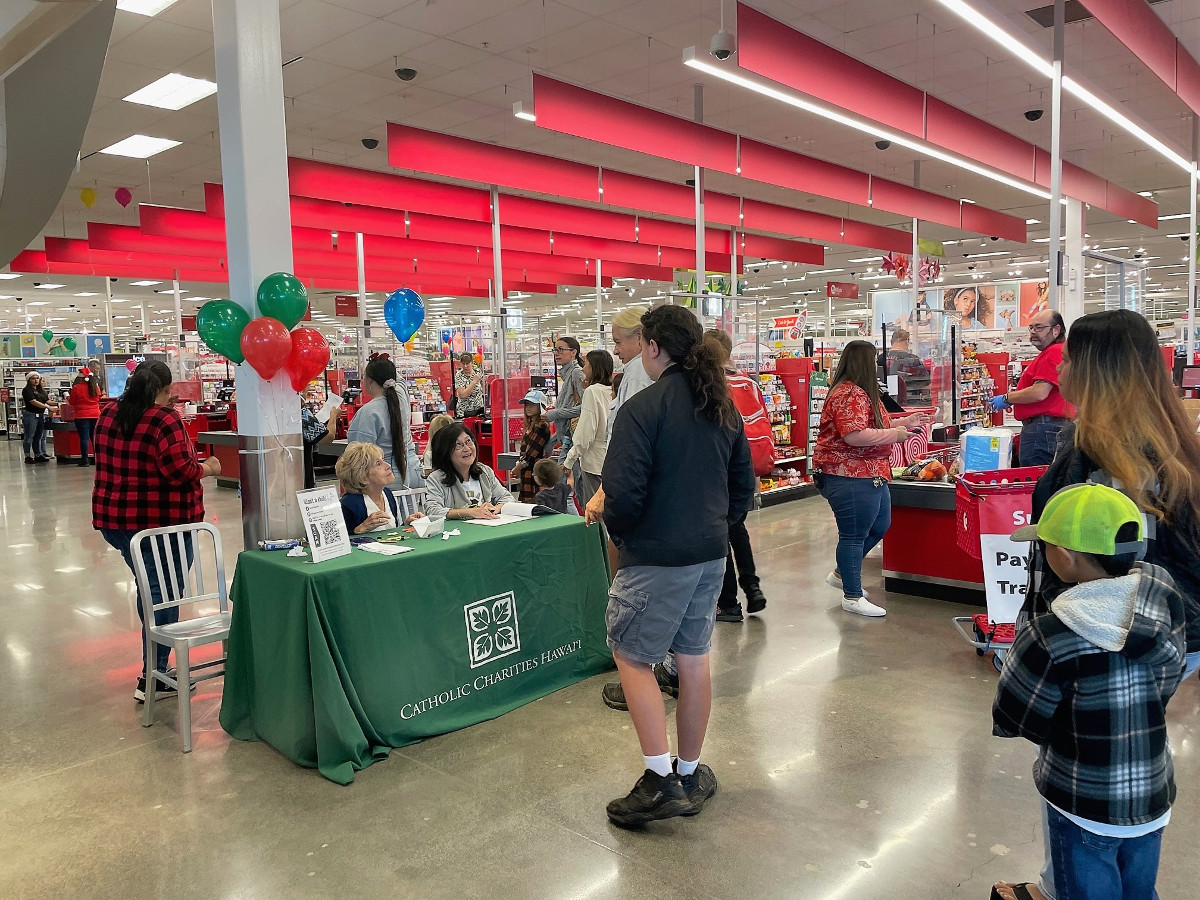 (BIVN) – The annual “Shop With A Cop” event was held at the TARGET Store in Kona this weekend, as Catholic Charities Hawaii and various first responder agencies brought gifts and holiday joy to area teens and young children.

Organizers say Hawaiʻi Police made Keiki ID cards for the children. The Target store set up gift wrapping stations for the day, and provided breakfast for the first responders and other event volunteers. From a news release about the event:

Sixty-one children were selected for this year’s event on Saturday at the Target Kona store. The children were partnered with members of the Hawaii County Police Department, State Department of Public Safety Deputy-Sheriffs, State Department of Land and Natural Resources, and U.S. National Park Service. Each youth was given a gift card made possible through donations from Catholic Charities Hawaii, Target Corporation, Paying It Forward, Kiwanis Club, Rotary Club and others.

Organizers say the special event “brings much-needed joy during the holidays, while fostering positive relationships between the youth and the officers and other first responders.”