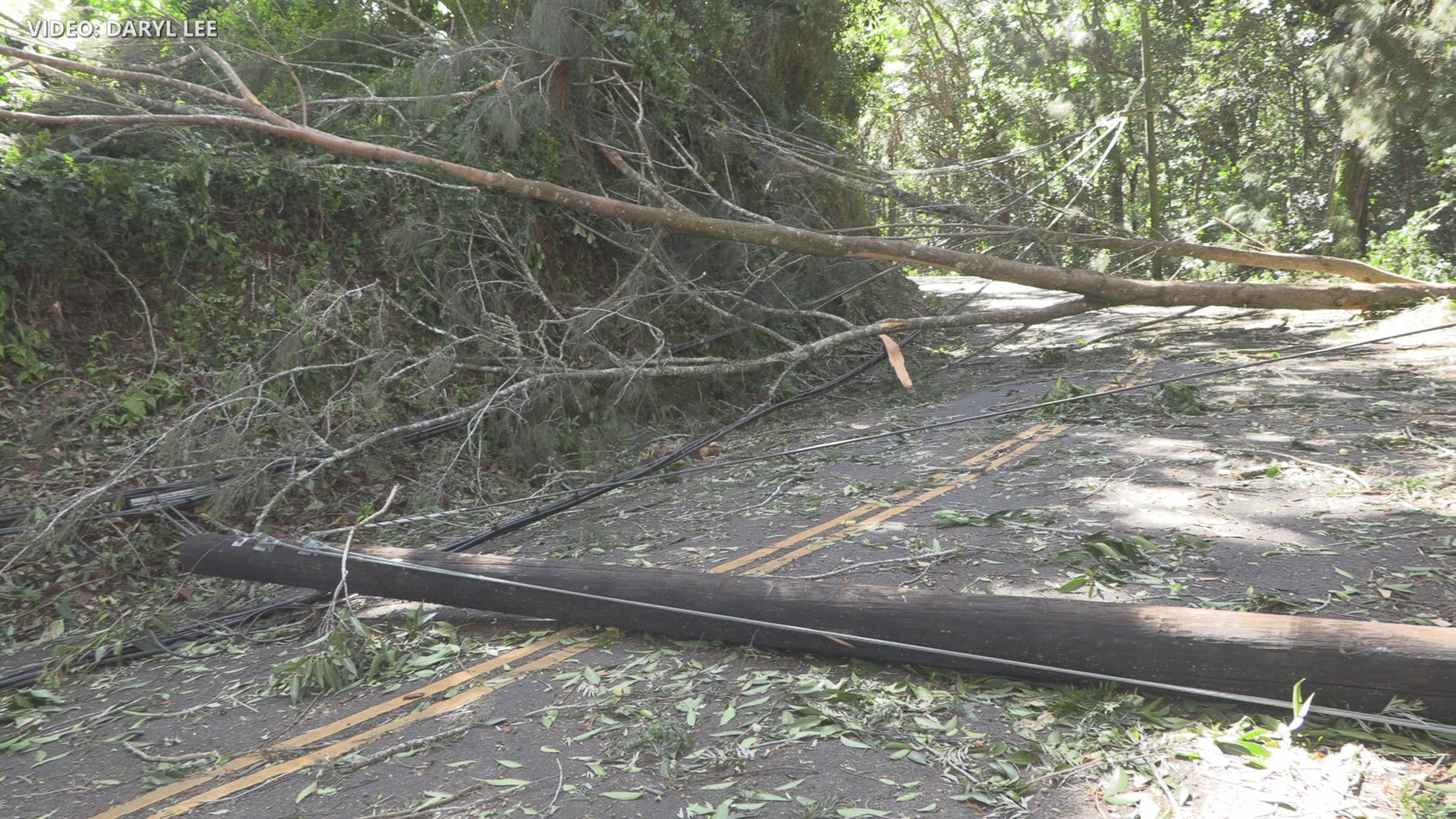 (BIVN) – The Wind Advisory for Hawaiʻi island was lifted as Tuesday evening, although a High Wind Warning remains in place for the summits of Maunakea and Mauna Loa.

As of 3 p.m., the County of Hawaiʻi reported Highway 19 is open, as are all other major roadways on the Big Island. “Other roads closed include Old Mamalahoa Highway between Mauna Loa St. and Puaono Road mauka of Honokaʻa and Honokaʻa to Waipio Valley for local traffic only,” the County news release stated.

Crews were busy working to clear the roads in Honokaʻa, Waimea, and Ahualoa on Tuesday. From an interview with Hawaiʻi County Police Lieutenant Roylen Valera:

“We began getting a lot of calls for service during the early evening last night, on December 19th, in the area of Ahualoa and the Old Mamalahoa Highway. We had a lot of trees falling down, a lot of branches on the roadway. Just a lot of debris on the road.

We were also having a lot of power outages. We were noticing that trees and branches were falling on the power lines and knocking them down to the ground. So we had to close all of the roads in the Ahuahaloa area from the early evening.

Later in the evening, we started getting reports of more trees and branches and debris on the roadway, on Highway 19, also known as Hawaii Belt Road. And we had to shut that down at about 2:45 a.m.

Well, it’s about 10:30 a.m. and the roads are still closed. Highway 19 is still closed and the Old Mamalahoa Highway in Ahualoa is also closed.

Additionally this morning, when the winds picked up again, Highway 240 – which is also known as the Honokaʻa-Waipiʻo Road, was also shut down.

Well, the utility companies have been out since last night. Hawaiian Electric Light Company, Hawaiian Telcom, and of course all of our County agencies, the Department of Public Works, Police Department, the fire department, have all been responding to different calls for service.” 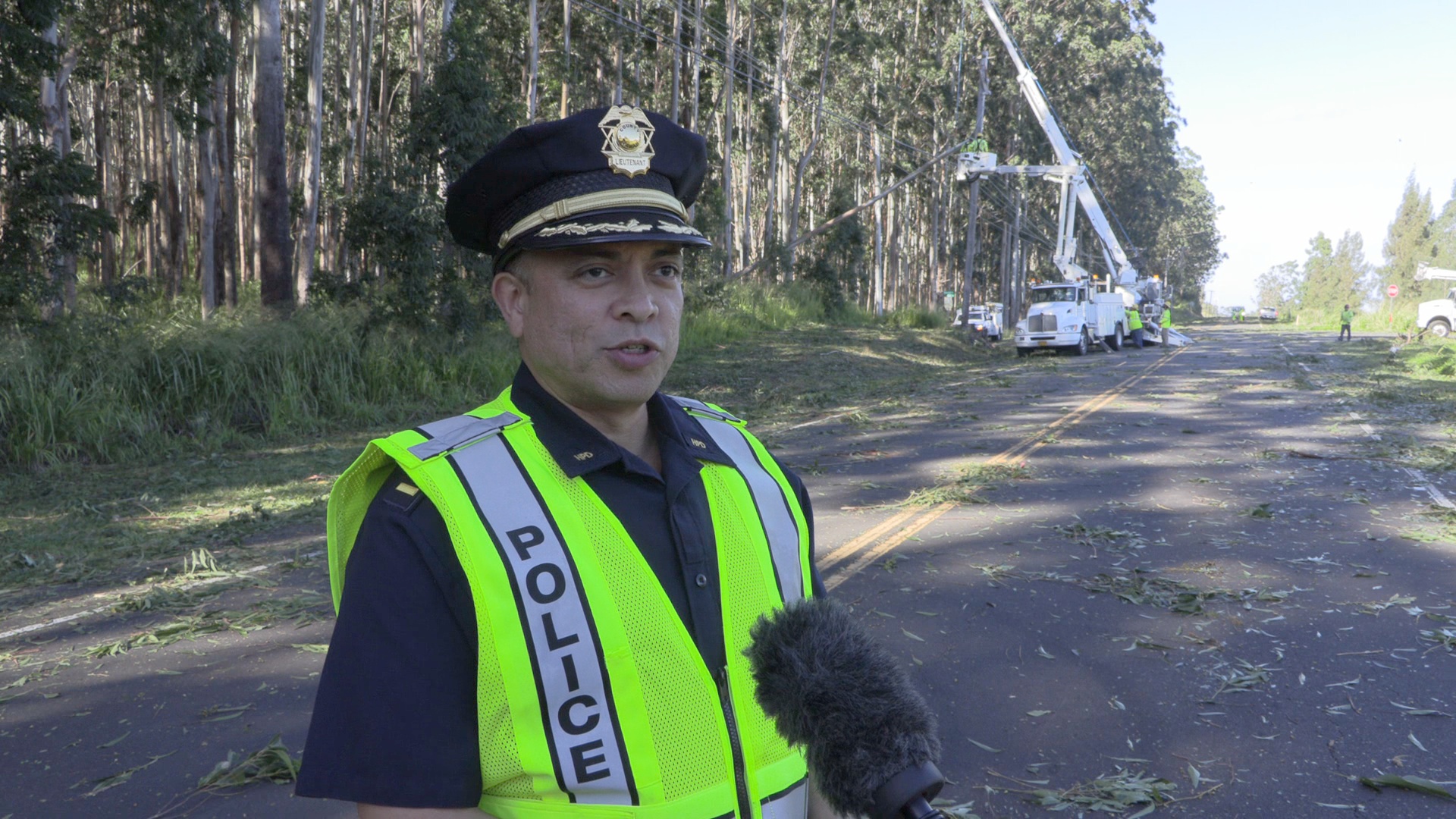 “I’d like to thank the public for their cooperation and understanding in times like these,” said Lt. Valera. “Not everybody has a lot of patience, but we really appreciate everybody’s understanding and their kokua.”