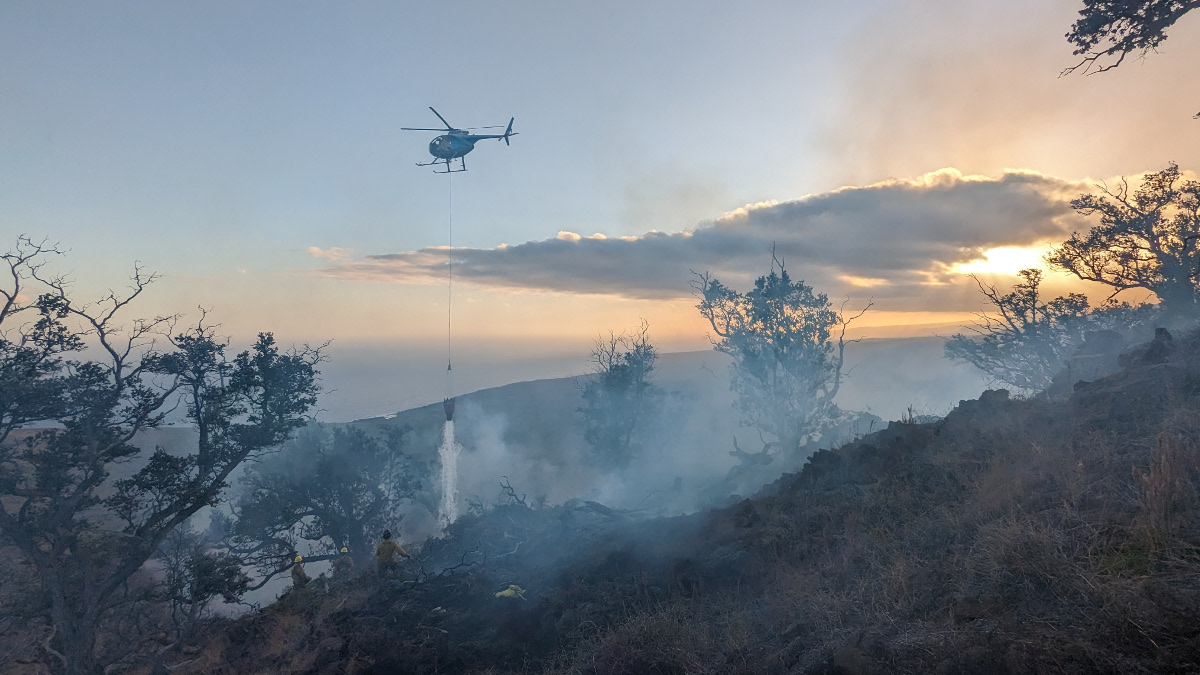 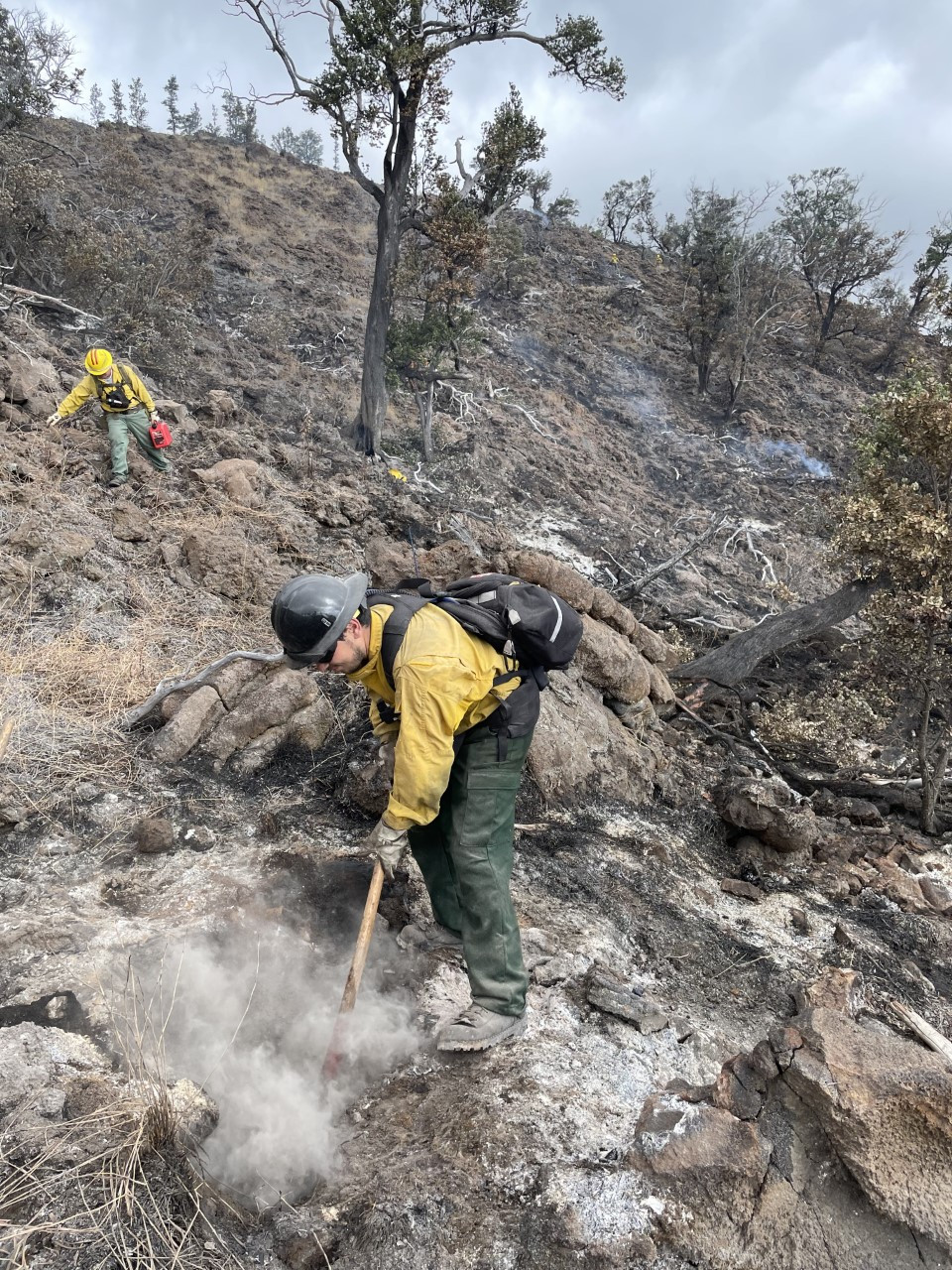 On Thursday, officials reported the blaze was sparked by lightning during the recent kona low storm that swept over Hawaiʻi island.

A 15-person National Park Service wildland firefighting team, assisted by a helicopter, continued to douse flames and mop up Thursday in steep, rocky terrain below the Hilina Pali Lookout. The burn area contains remnant dryland ‘ōhiʻa trees and native shrubs but is otherwise dominated by alien grasses that can promote fire spread and increase fire severity, exacerbating the loss of native species in the area.

Hilina Pali Road is temporarily closed past Kulanaokuaiki Campground to the Hilina Pali Lookout due to firefighting efforts. Only authorized vehicles are permitted until further notice. Kaʻaha Trail is also closed.

Park staff spotted a plume of smoke at 9:50 a.m. Tuesday below Hilina Pali Lookout at the 2,000-foot elevation. Lightning from the recent storm sparked the fire, a rare occurrence in the park and throughout Hawaiʻi. Most wildfires in Hawaiʻi are caused by humans.

Kulanaokuaiki Campground and Hilina Pali Road to the campground remain open, and drivers are reminded to observe the speed limit and watch for fire crews and vehicles on the road.

Light precipitation fell on the fire Wednesday night. Light winds and limited showers are forecast into the weekend.