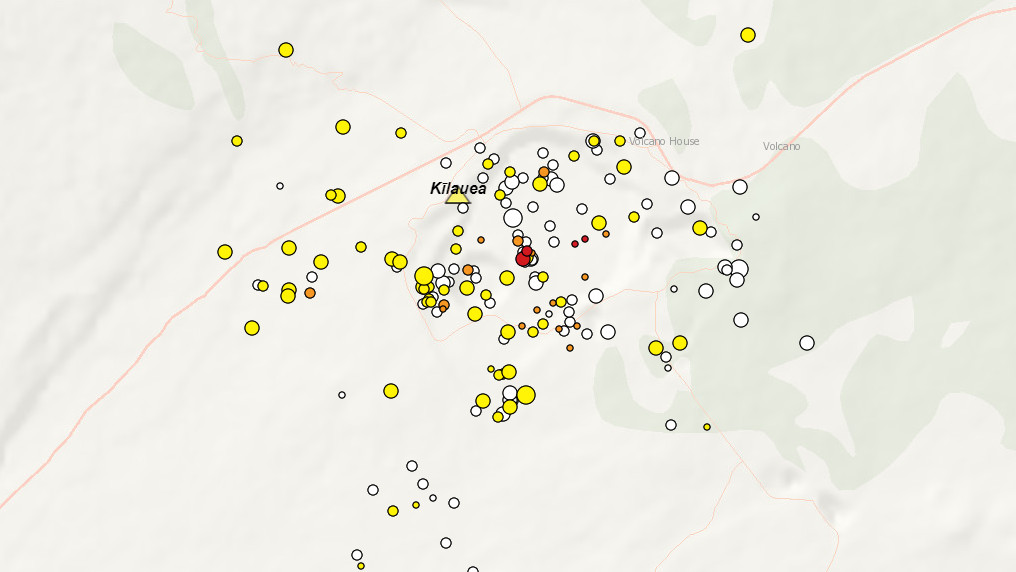 image from USGS interactive map showing the location of the earthquakes

HAWAIʻI VOLCANOES NATIONAL PARK - Scientists said on Friday evening that "there is no indication that resumption of eruptive activity is imminent" at Kilauea volcano.

(BIVN) – A swarm of small earthquakes beneath Kīlauea caldera on Friday evening prompted the USGS Hawaiian Volcano Observatory to issue an information statement.

Kīlauea is not erupting and there is no indication that resumption of eruptive activity is imminent, scientists say. The USGS added that “there are no signs of significant activity in either of Kīlaueaʻs rift zones or on Mauna Loa.”

Approximately 25 earthquakes were recorded between 6 p.m. and 9 p.m. HST. The quakes were less than magnitude 2, and located about 1 mile below the surface of the volcano. “The swarm seems to be diminishing at this time, but activity may pick up again,” the USGS said.