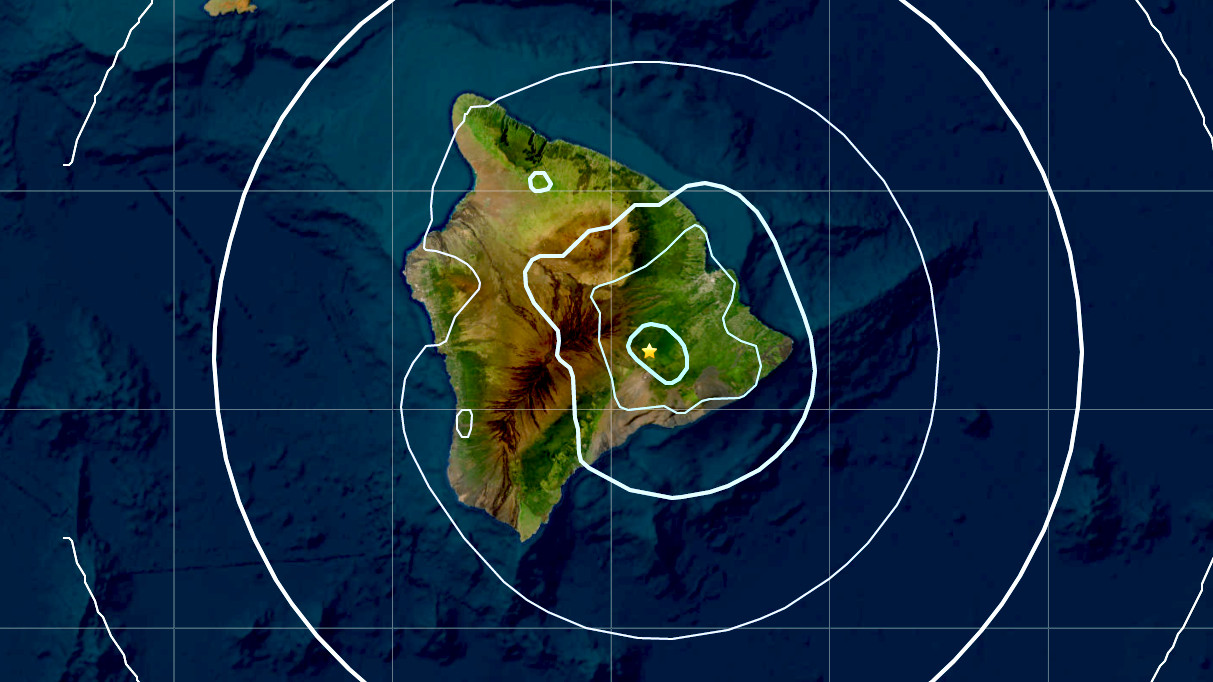 HAWAIʻI ISLAND - The earthquake, centered just northwest of Volcano, occurred in a region of stress interaction between Mauna Loa and Kīlauea.

The quake was located about 4 miles (6 km) northwest of Volcano, at a depth of 12 miles (19 km) below sea level. No damage to buildings or infrastructure was expected based on the earthquake’s intensity (IV on the Maximum Modified Mercalli Scale). A tsunami was not generated.

The USGS Hawaiian Volcano Observatory issued an information statement on the event, saying that the earthquake “occurred in a region of stress interaction between Mauna Loa and Kīlauea volcanoes.”

“The earthquake had no apparent impact on either volcano,” the scientists noted. Neither Mauna Loa or Kīlauea are currently erupting.

There were more than 160 “felt reports” within first hour of the event, USGS says.

The scientists say aftershocks are possible in the coming days to weeks, and the Hawaiian Volcano Observatory will continue to monitor Hawaiian volcanoes for any changes.