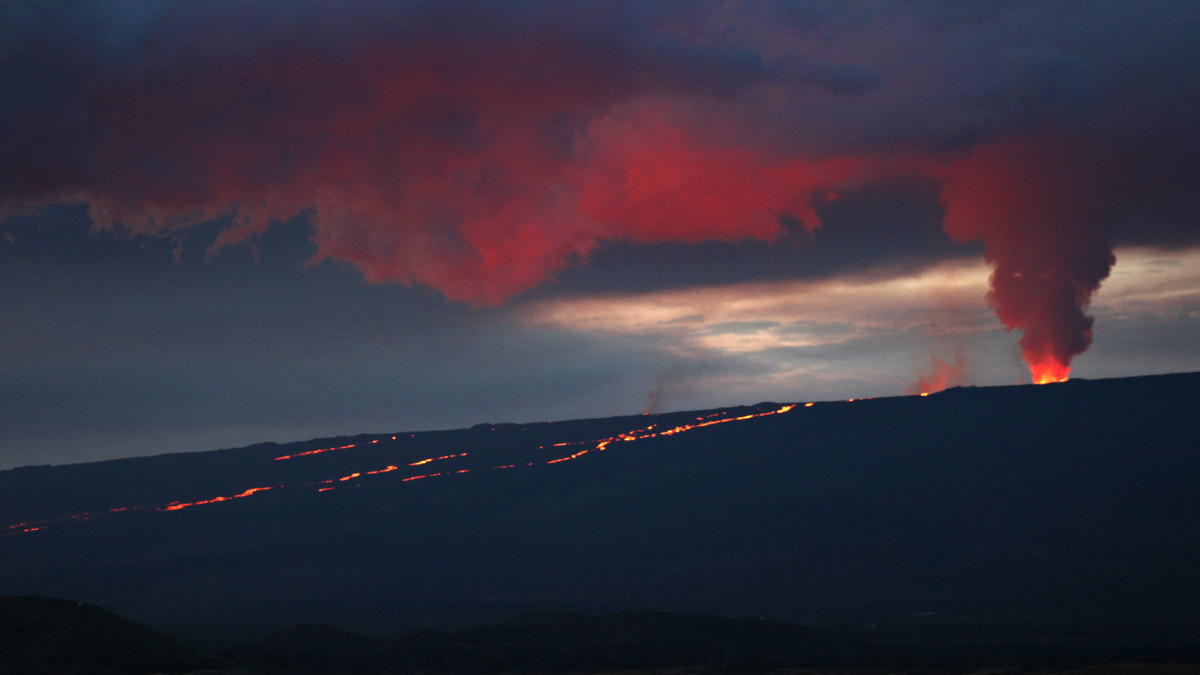 HAWAIʻI ISLAND - A team from the State of Hawaiʻi and FEMA will be on the Big Island this week to inspect damages and impacts caused by the recent eruption.

(BIVN) – A team of state and federal officials will be on Hawaiʻi island this week, assessing the impacts of the recent eruption of Mauna Loa volcano.

Mauna Loa Volcano is not erupting, and the entire 2022 flow field created by the lava from the fissures on the Northeast Rift Zone is now cooling and no longer active.

From a Hawaiʻi Emergency Management Agency news release on Tuesday:

“The team will be working in consultation with Hawai‘i County personnel who managed the incident and had primary responsibility for protecting the people, property, and infrastructure of the Big Island during the eruption,” said Luke Meyers, HI-EMA administrator.

The county received support from the State through deployment of Hawai‘i National Guard personnel to assist with traffic control and security in the viewing area near the highway, and from HI-EMA team members assisting with work in the county’s Emergency Operations Center.

The inspection is part of a Joint Preliminary Damage Assessment which will be used to determine whether the costs incurred from damages, impacts, and emergency protective measures qualify for federal funding assistance through FEMA.

The assessment will be presented to Gov. Josh Green for review as he decides whether to request a federal disaster declaration to help Hawai‘i recover from the eruption’s effects. If such a declaration were to be sought and approved, most of the eligible expenses incurred would qualify for federal reimbursement, with local funding reduced to about 25 percent of the total.

The eruption was the first at Mauna Loa in 38 years, the longest pause between eruptions in modern history. The volcano has erupted 34 times since 1843, for an average of about once every 5 years, but only three times since 1950.

The primary lava flow from the 2022 eruption reached within 1.7 miles of the Daniel K. Inouye Highway before the molten rock broke out at a higher elevation and began to decline in volume.

Because it created fissures along the sparsely populated and gentle slopes below the Northeast Rift Zone, it posed little threat to life or property. Some previous eruptions have broken out along the Southwest Rift Zone. In that part of the island, steep slopes make for faster lava flows. Mountainside development below the Southwest Rift also has created a greater risk that homes and communities will be in the lava’s downhill path when a fissure opens there.