HILO, Hawaiʻi - A badly burned body was discovered inside a burning tree on Banyan Drive on Monday. 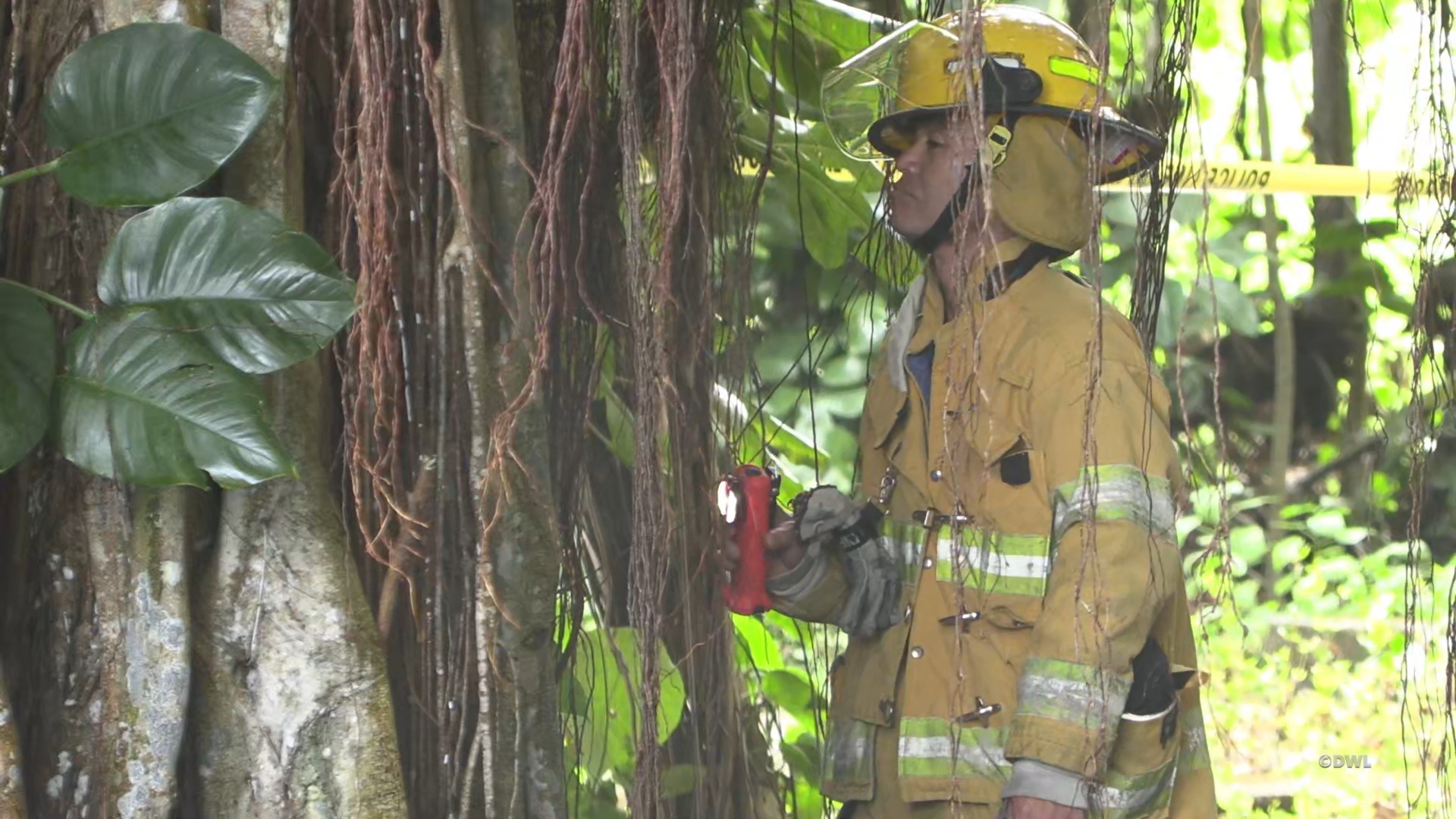 (BIVN) – Police are investigating the discovery of a body that was badly burned in a tree fire on Banyan Drive in Hilo on Monday.

Shortly before 11:30 a.m. Monday, January 2, 2023, the Hawai‘i Fire Department responded to a report of a large banyan tree on fire on Banyan Drive, across from the Reed’s Bay Beach Park. Upon extinguishing the blaze, fire personnel discovered charred human remains within an opening at the base of the tree and immediately alerted police.

South Hilo patrol officers responded to the scene to investigate. Police canvassed the area and interviewed numerous beachgoers; however, no one reported hearing any type of disturbance prior to witnessing the smoke and flames coming from within the banyan tree. The banyan tree and adjacent brush borders the Naniloa Golf Course and appears to be a homeless camp and hang out area.

Area I Criminal Investigation Section personnel responded to the scene to assist in the investigation.

The victim’s remains were transported to the Hilo Medical Center and officially pronounced dead at 1:51 p.m.

The cause of the fire is unknown, and it remains undetermined if foul play is involved in the death. An autopsy has been scheduled for later this week.

The identity of the victim, believed to be an adult female, is pending positive identification and notification of next of kin. Due to the condition of the body, identification will be done by means of dental or DNA comparison.

Police ask anyone who may have information relative to this case to contact the Area I Criminal Investigation Section at (808) 961-2255, or the police department’s non-emergency number at (808) 935-3311.