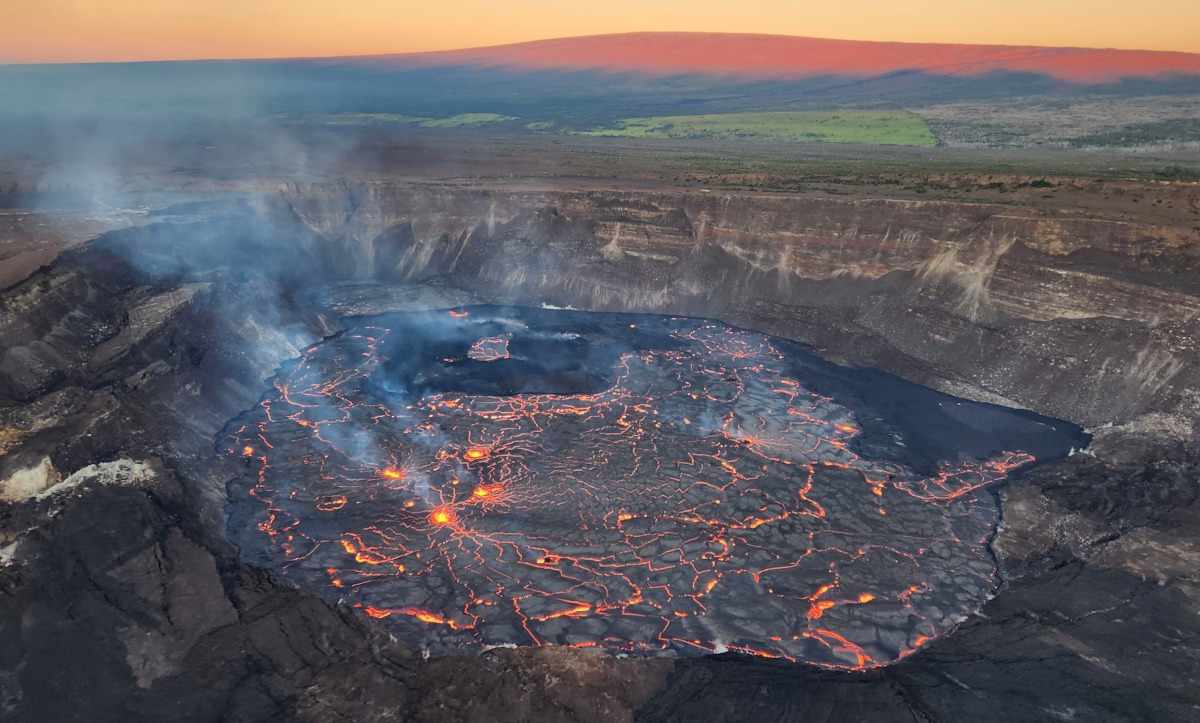 USGS: "This view from a sunrise overflight at 6:45 a.m. HST shows the Kilauea eruption is confined to Halemaʻumaʻu crater in the summit caldera. Mauna Loa (not erupting) is along the horizon in the background."

HAWAIʻI VOLCANOES NATIONAL PARK - The alert change comes as the initial high effusion rates of the eruption are declining, and no infrastructure is threatened. 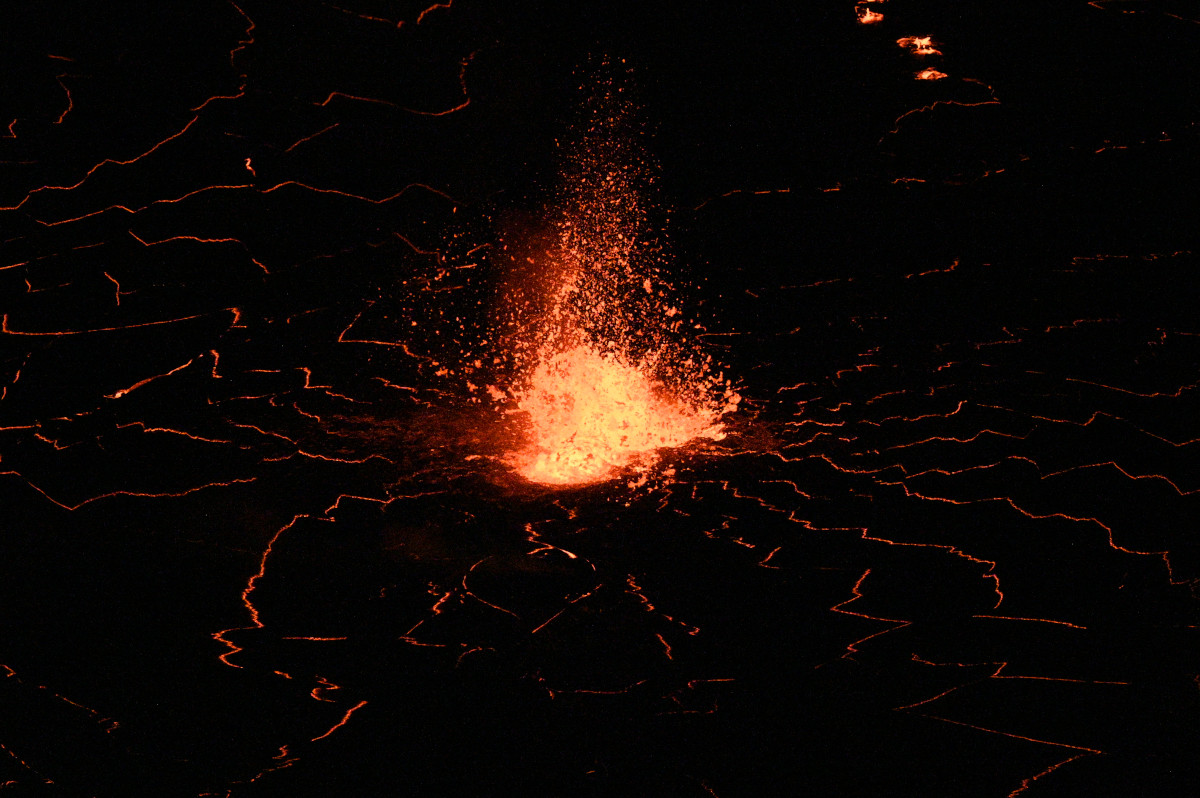 USGS: “This image, taken early on January 6th, shows a lava fountain on the eastern portion of Halema‘uma‘u. Numerous areas of upwelling, like the one pictured here, are actively feeding the lava lake and re-surfacing material that was emplaced from activity in 2022. This fountain measured 16-33 feet in height (5-10 meters).”

(BIVN) – Following Thursday evening’s dramatic resumption of the eruption at the Kīlauea summit, the USGS on Friday lowered the volcano alert level from WARNING to WATCH, and the aviation color code from RED to ORANGE.

The ongoing eruption remains confined to Halemaʻumaʻu crater within Hawai‘i Volcanoes National Park, and scientists say there is no indication of activity migrating elsewhere on Kīlauea volcano.

The alert level change was warranted because no infrastructure is threatened by the eruption, and the initial high lava effusion rates are declining, the USGS says.

USGS says the aviation color code is being lowered from RED to ORANGE because there is currently “no threat of significant volcanic ash emission into the atmosphere outside of the hazardous closed area within Hawai‘i Volcanoes National Park.”

From remarks by the USGS Hawaiian Volcano Observatory on Friday morning:

As of 7:30 a.m. HST this morning, January 6, several very minor fountains remain active in the central eastern portion of Halema‘uma‘u crater floor. The high initial effusion rates are declining rapidly as lava stored within the magma system over the past month is erupted. The fountains decreased in vigor overnight and are consistently about 5 meters (16 feet) high this morning. Lava flows have inundated much of the crater floor (which is nearly 300 acres or 120 hectares). The higher-elevation island that formed during the initial phase of the December 2020 eruption remains exposed, as well as a ring of older lava around the lava lake that was active prior to December 2022. This older lake has refilled from below with new lava. This morning, the depth of new lava remains at about 10 meters (32 feet) at the base of Halema‘uma‘u crater.