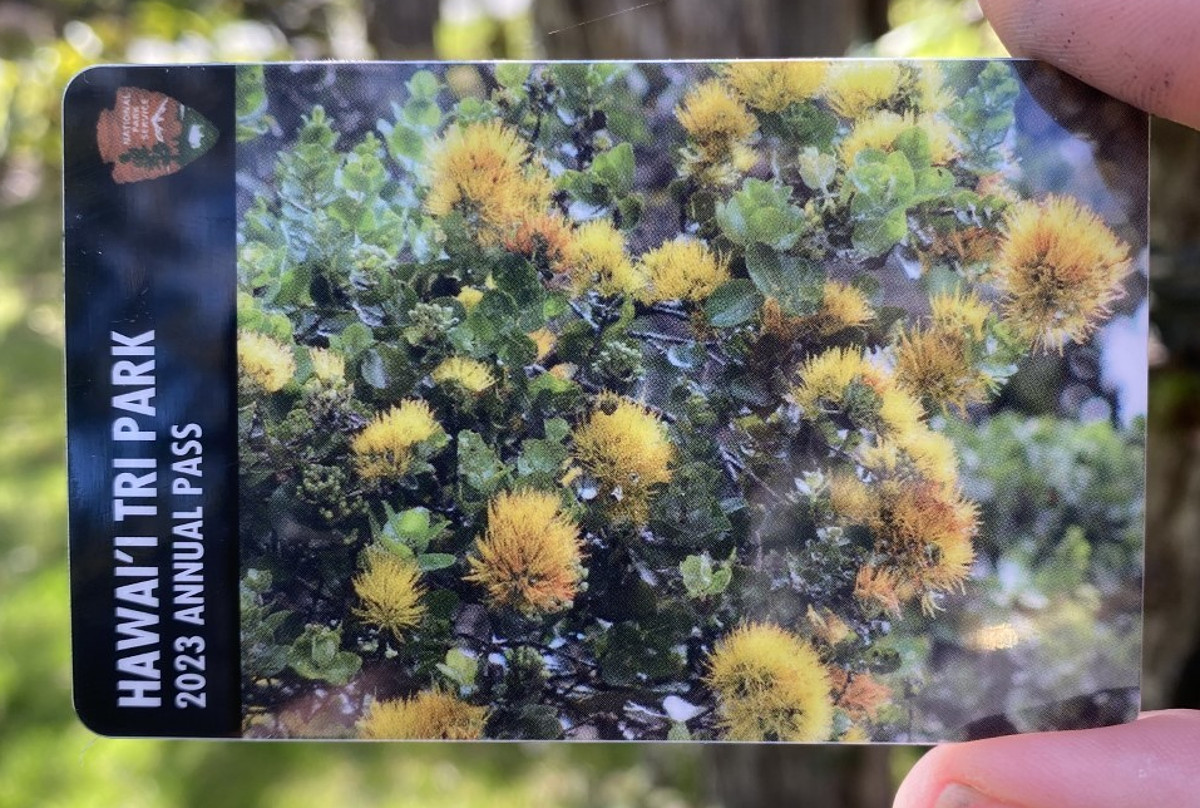 HAWAIʻI VOLCANOES NATIONAL PARK - The 2023 Tri-Park Pass is now available and provides a full year of admission to all National Park units in Hawaiʻi.

(BIVN) – The National Park Service has announced the five entrance fee-free days for its three, fee-charging national parks in Hawaiʻi. The NPS has also announced the 2023 Tri-Park Pass is now available.

There will be free admittance to all national parks on:

The 2023 Tri-Park Pass provides a full year of admission to the three, fee-charging parks in Hawaiʻi. “The popular pass has a new lehua mamo (yellow ʻōhiʻa flower) design and can be purchased for $55 from the entrance stations at any of three parks,” the NPS says.

The pass is not available online.

Other passes offered by the National Park Service include the annual $80 America the Beautiful National Parks and Federal Recreational Lands Pass which allows unlimited access to more than 2,000 federal recreation areas, including all national parks, for the passholder and companions accompanying them. There are also free or discounted passes available for currently serving members of the U.S. military and their dependents, military veterans, Gold Star Families, fourth grade students, disabled citizens, and senior citizens.

Visitation to Hawaiʻi Volcanoes National Park has increased in recent days due to the resumption of the eruption at the summit of Kīlauea volcano.