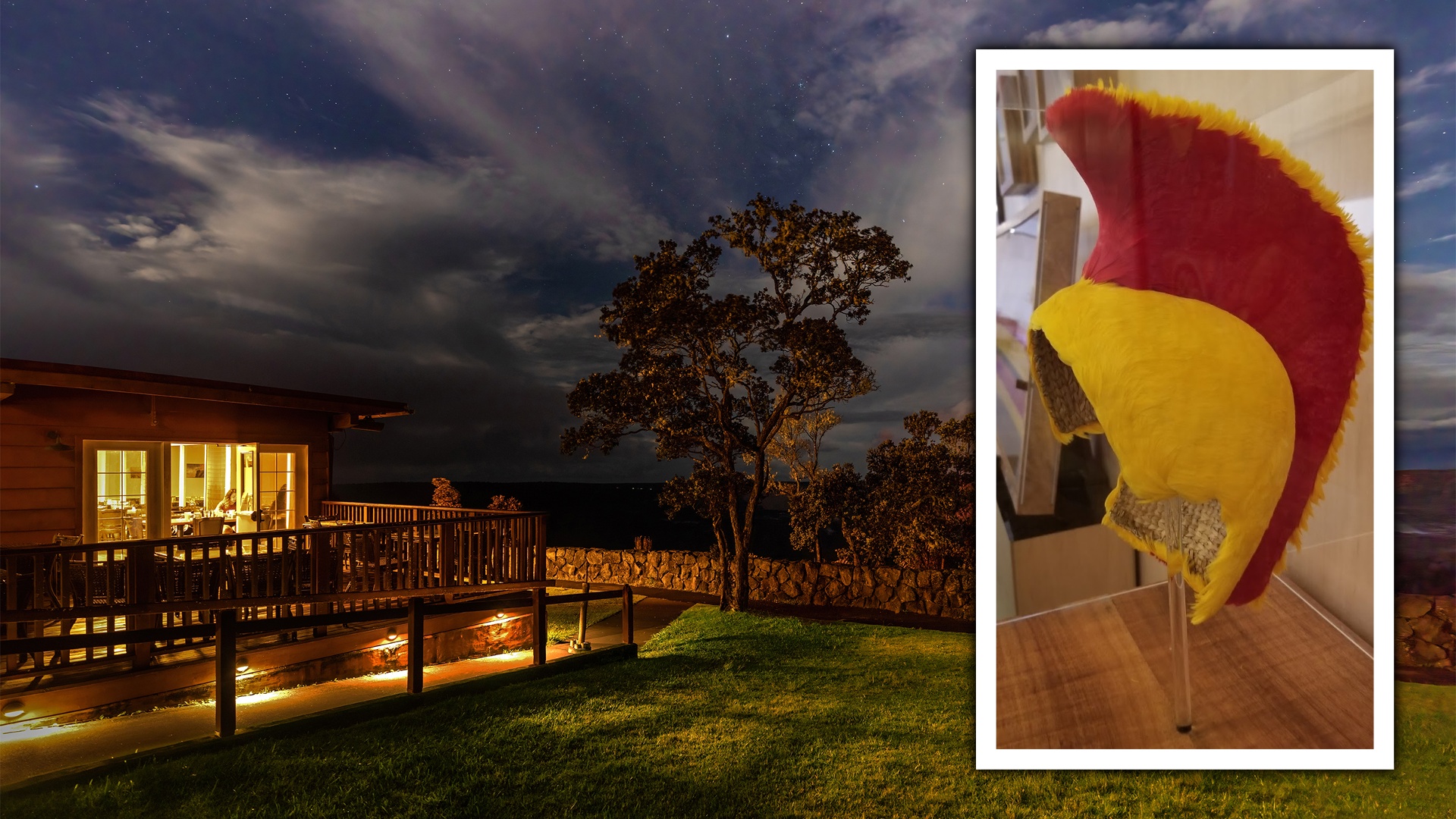 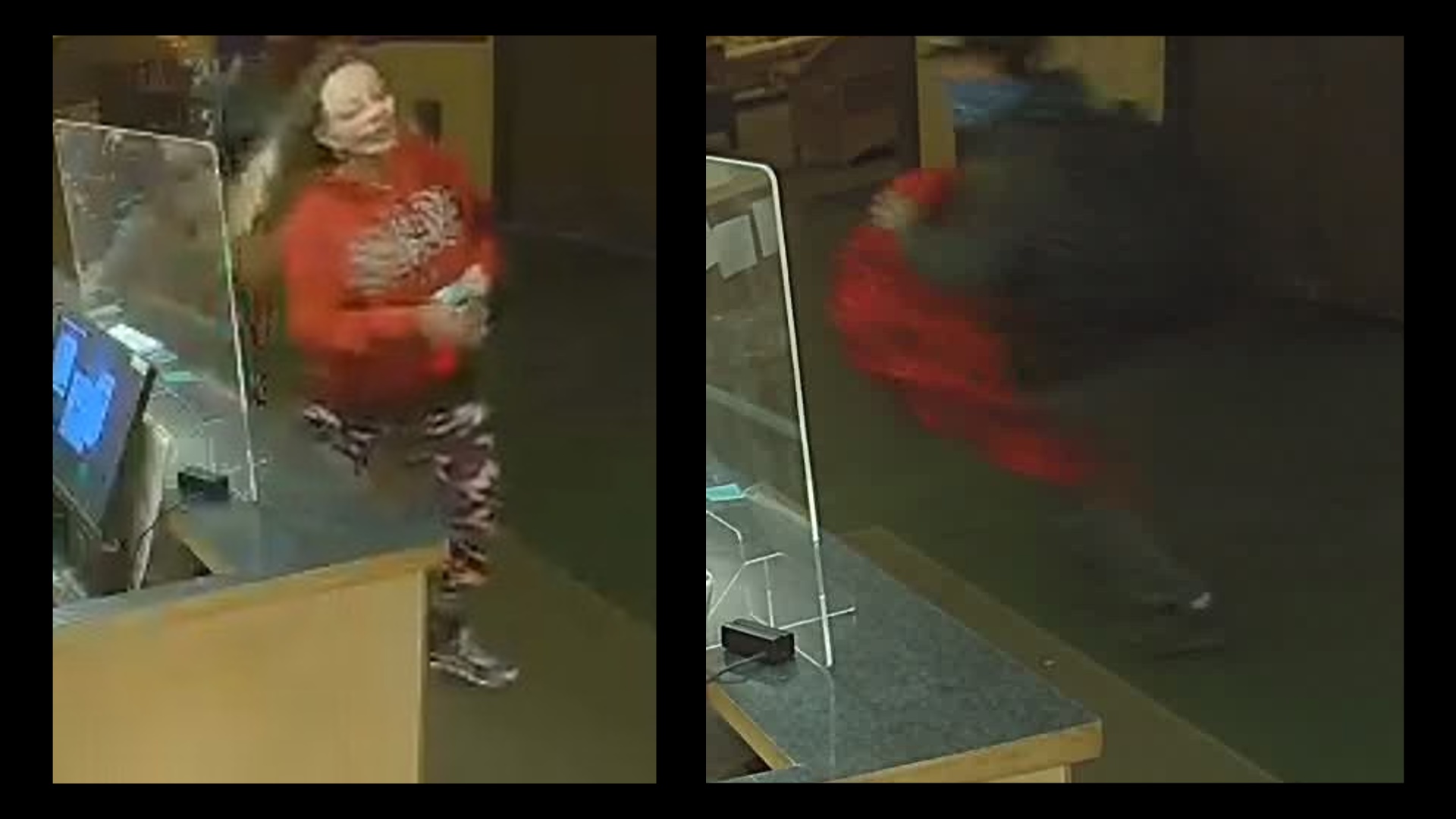 NPS video surveillance imagery shows a man carrying a large item in a reddish cloth (right), and woman near the hotel’s front desk around the same time of the theft (left).

(BIVN) – A Hawaiian cultural artwork was stolen from the Volcano House lobby in Hawaiʻi Volcanoes National Park this past Friday, and park officials are asking for the public’s help in identifying two individual suspects.

According to the National Park Service, at around 11:45 p.m. on January 13th, someone stole a contemporary replica of a traditional feather helmet worn by high-ranking Hawaiian chiefs, known as a mahiole. The crimson and yellow mahiole was crafted by renowned local artist Rick San Nicolas. The mahiole was on display in a case near the front desk of the Volcano House hotel.

Newly released images from the Volcano House video surveillance system “show a man carrying a large item in a reddish cloth, and woman near the hotel’s front desk around the same time of the theft,” the National Park Service says.

Anyone with information is asked to contact the National Park Service by calling or texting 888-653-0009. Tips can also be submitted online at or via email at nps_isb@nps.gov.