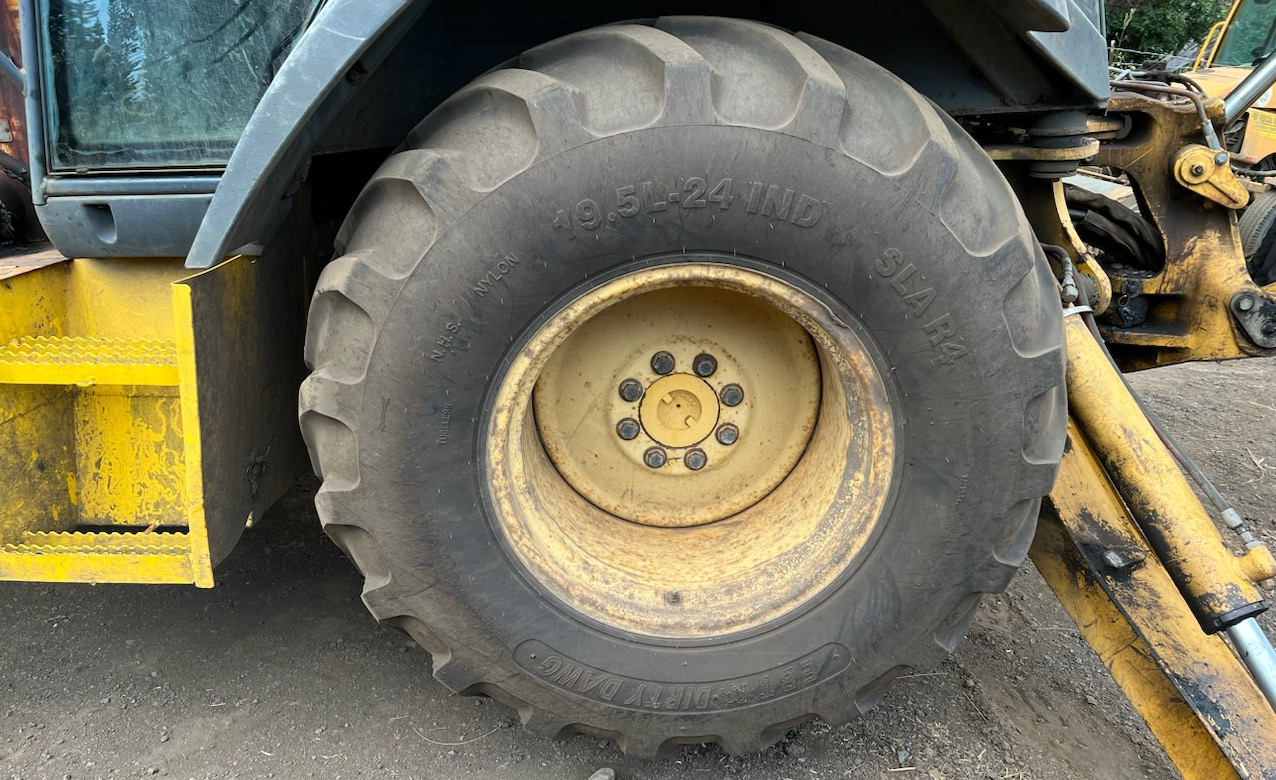 HĀMĀKUA, Hawaiʻi - The tire was last seen on the backhoe on Wednesday, January 18, at 10:30 a.m., and was discovered missing the next morning at 9 a.m.

(BIVN) – A rear tire was taken off a backhoe that was parked on Highway 19 along the Hāmākua coast this week, and police are asking for the public’s assistance in locating the stolen item.

The backhoe is owned by the State Department of Transportation Highways Division, police say. The rear right side tire and rim were removed.

The investigation stems from a theft that occurred on the mauka (west) shoulder of Highway 19 between Laupahoehoe Gulch and Kaawalii Gulch. The tire was last seen on the backhoe on Wednesday, January 18, 2023, at 10:30 a.m. and discovered missing on January 19, 2023, at 9:00 a.m. The estimated value of the tire and the rim is $2,500.

Police ask anyone with information regarding suspicious activity in the area or the location of the tire to call the police department’s non-emergency line at (808) 935-3311 or contact Officer Paul Isotani at paul.isotani@hawaiicounty.gov.​