Images courtesy USGS Hawaiian Volcano Observatory. A synthesized voice was utilized in the narration for this story.

HAWAIʻI VOLCANOES NATIONAL PARK - The eruption at the summit of Kīlauea continues, and the USGS alert level remains at WATCH. 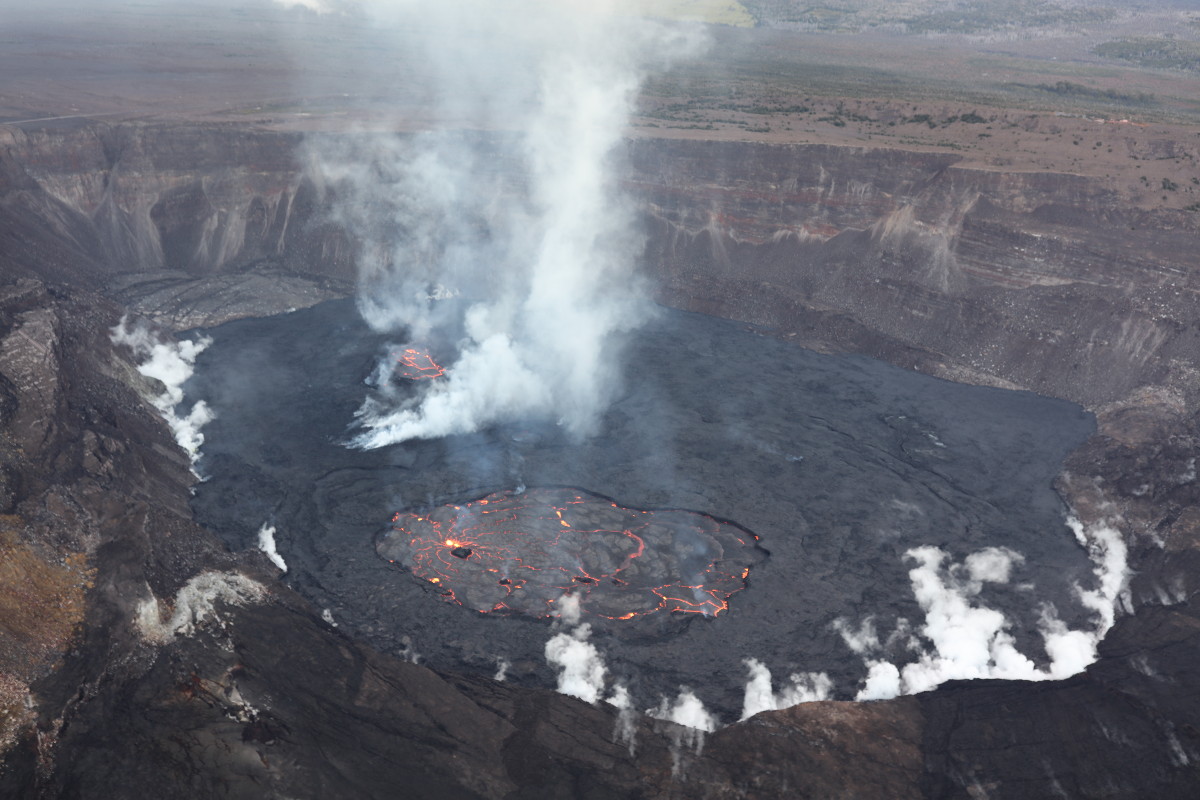 USGS: “Lava lake activity continues in Halema‘uma‘u crater, at the summit of Kīlauea volcano. This photo from the January 17 overflight looks west and shows that the eastern lake, in the foreground, remains stable. This eastern lake is supplied by a single fountain marked by the bright spot of incandescence. The smaller western lake is also active, and can be seen through the thick fume that rises from the crater.” (USGS photo by C. Parcheta)

(BIVN) – A new aerial view over Kilauea volcano documents the ongoing eruption, and shows the changes at the summit caldera since the activity renewed on January 5th.

Video recently released by the USGS Hawaiian volcano Observatory shows the dynamic start of the eruption, as captured by surrounding webcams.

The burst of lava seen here reached up to 50 meters, or 164 feet high, and sent a wave of lava across the crater floor.

Over the next few days, lava continued to erupt from multiple minor fountains. Lava can be seen in the lower part of the webcam footage, stacking up at the margin to build levees. This activity has created a perched lava lake within the crater. Lava can sometimes be seen overflowing the levee. 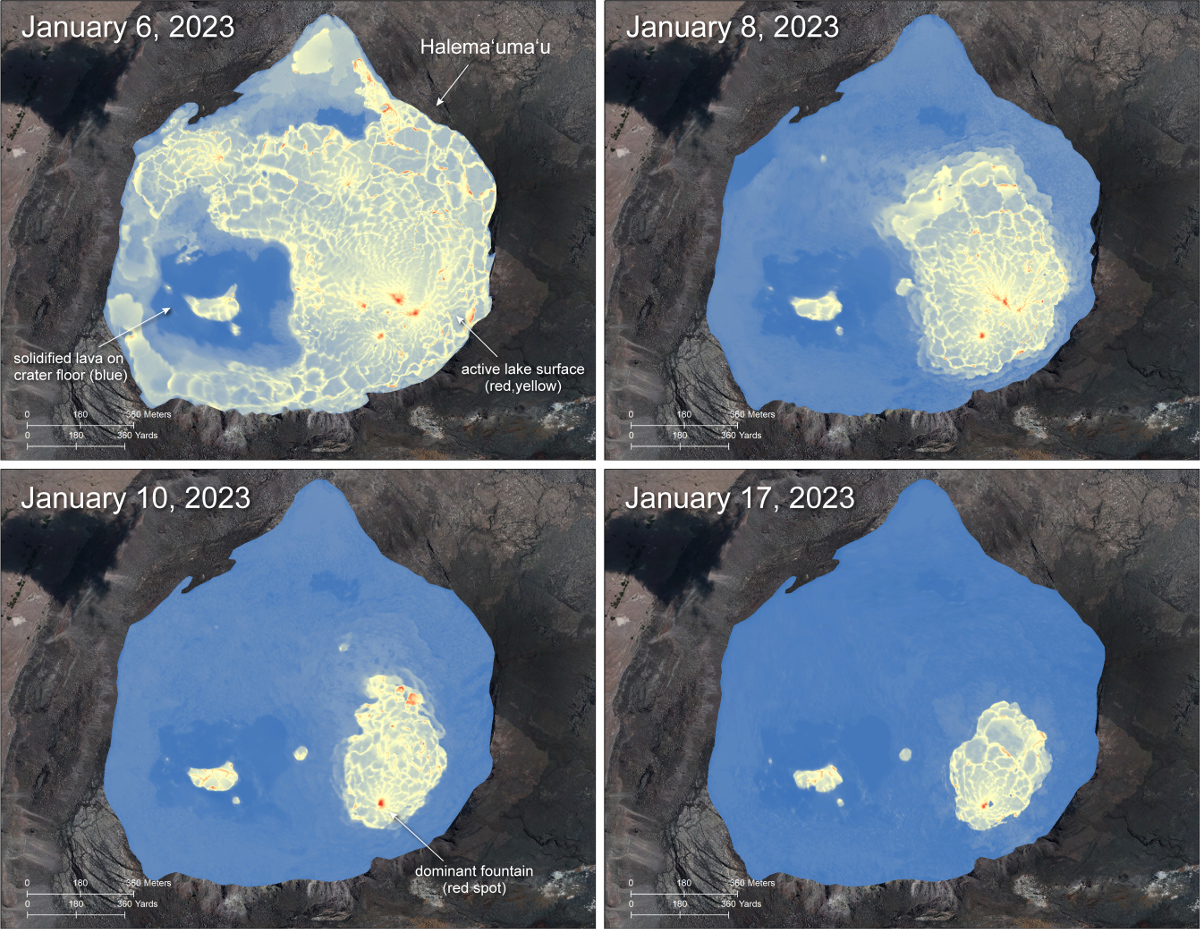 Webcams continue to keep a close eye on the summit. There are now two lava lakes in the caldera. The eastern lava lake is the larger of the two. It has one dominant fountain and an area of approximately 25 acres as of January 17th.

Most importantly, all recent eruptive activity has been confined to the Kilauea summit crater, and no significant changes have been observed in the rift zones.

Therefore, the Kilauea alert level remains at WATCH, as scientists continue to closely monitor the volcano.