HILO, Hawaiʻi - During the initial stages of a planned - and delayed - renovation, the Keawe Health Center was found to be structurally unsound. 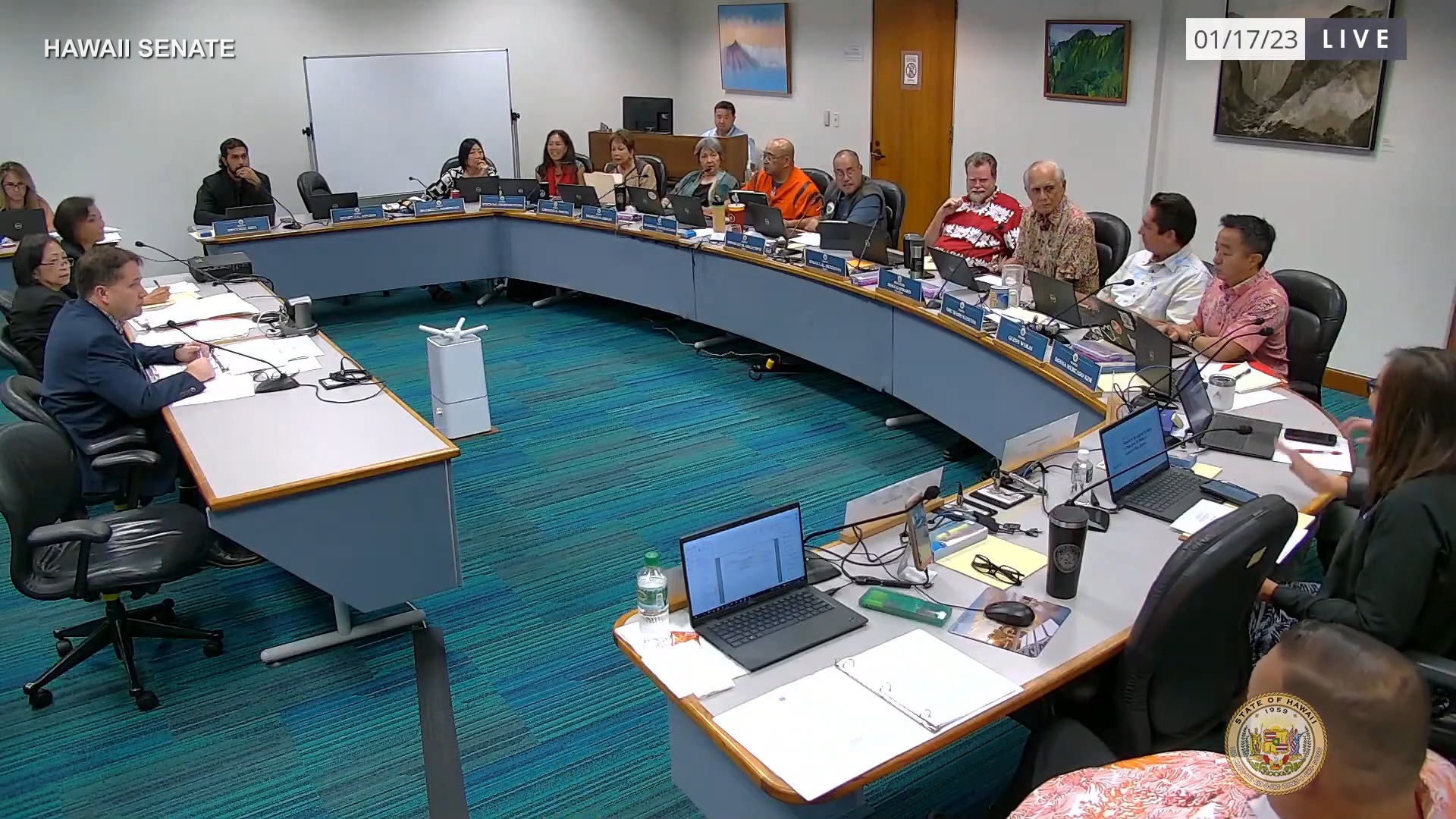 (BIVN) – A dilapidated state building that has become an eye-sore in Hilo was discussed at a recent legislative hearing at the Capitol.

A Hawaiʻi Senate joint committee on January 17 questioned officials with the Department of Accounting and General Services about the stalled refurbishment of the Keawe Health Center, now a shell of a building, located near the post office in Downtown Hilo.

Senator Donovan Dela Cruz, the chair of the Senate Ways and Means Committee, wondered why the health department was asking for a new building in Hilo, when the plan was to renovate the existing Keawe building.

“We had full plans to do that,” answered Christine Kinimaka, DAG’s Public Works Administrator. “Unfortunately, when we started to do the demolition, we discovered that the walls were not built structurally sound as they were to be designed.”

“When we found out what the condition was… and discovered that we actually had to abandon the building, there was just no way that we could restore the walls,” Kinimaka said. “That’s why it is unfortunate that we have to go back in now, and demolish the entire building and look at options.”

Kinimaka told the committee there were delays even before the discovery due to a shortage in staffing.

“You drive there now, and there’s like nothing,” commented Senator Joy A. San Buenaventura, who sits on the Government Operations Committee that also participated in the joint briefing. In place of the former Keawe building, “there’s just a couple of walls,” the senator said.

“Our intent is to take it down to the grade,” Kinimaka said, “because it’s just really hazardous for the public to leave it up.”

WAM-GVO Informational Briefing on January 17, 2023 via Hawaiʻi Senate on YouTube