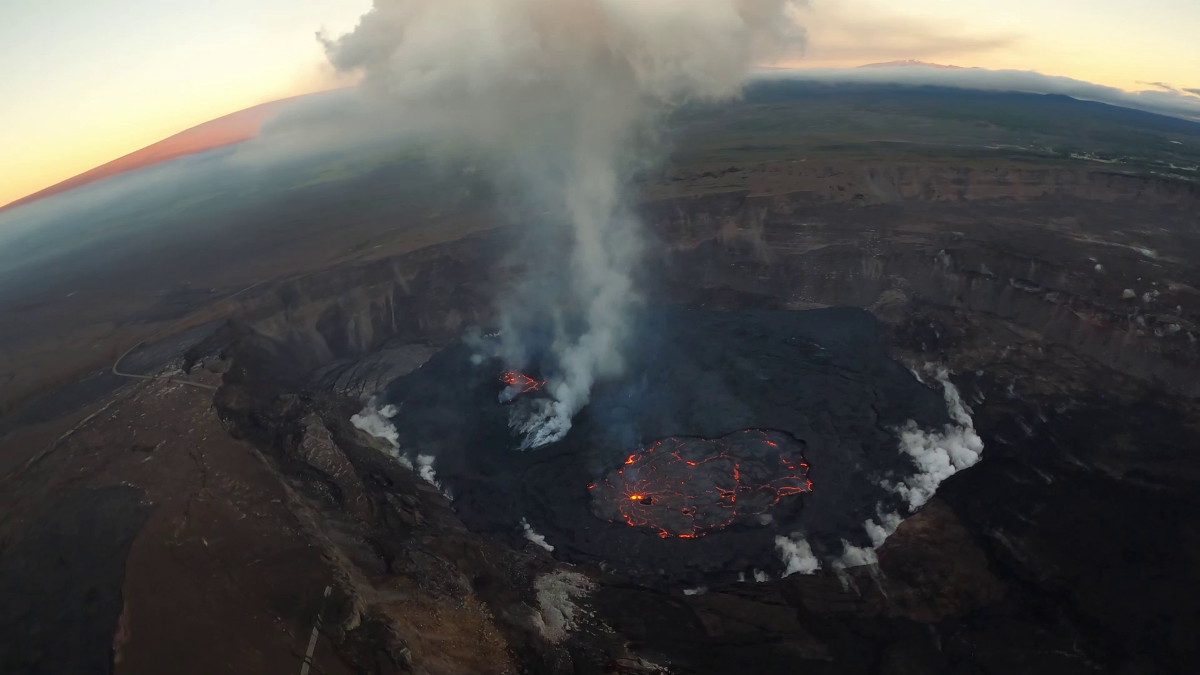 HAWAIʻI VOLCANOES NATIONAL PARK - The summit eruption of Kīlauea Volcano continues, and the USGS Volcano Alert Level is at WATCH. 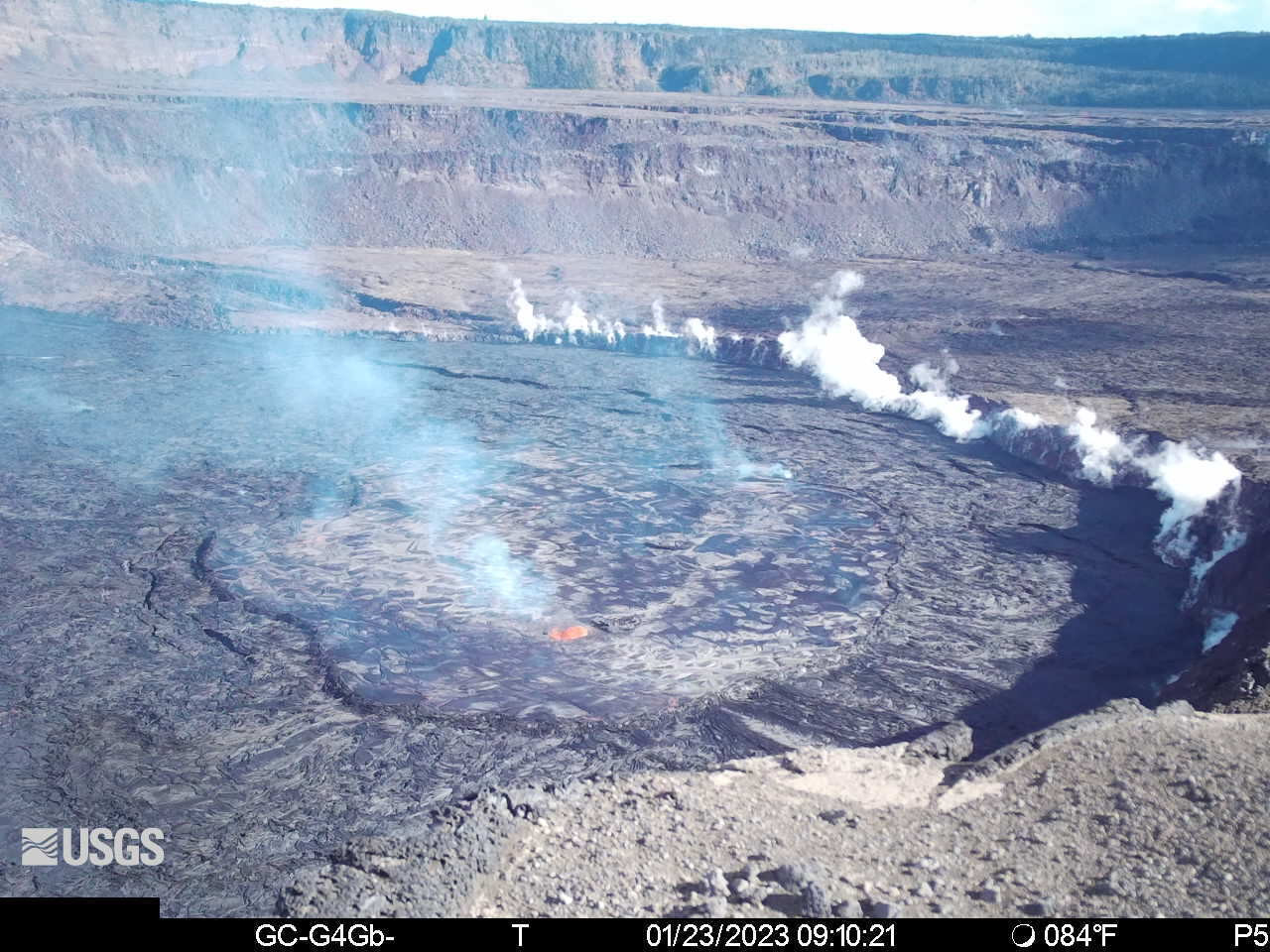 New view of the crater lava lake from a temporary USGS webcam on south rim of Halema‘uma‘u, looking northwest.

(BIVN) – The eruption of Kīlauea volcano continues, with all activity confined to Halemaʻumaʻu crater at the summit inside Hawaiʻi Volcanoes National Park.

The USGS Volcano Alert Level is at WATCH, and the Aviation Color Code is at ORANGE.

From the most recent update by scientists:

Halemaʻumaʻu Lava Lake Observations: Eruption of lava in the eastern portion of Halemaʻumaʻu crater floor continued over the past 24 hours. Activity is concentrated in a large lava lake in the eastern half of the crater, as well as a smaller lake to the west, in the basin of the 2021–2022 lava lake. The eastern lava lake has one dominant fountain and an area of approximately 25 acres as of January 17. The lake is currently well-defined by its levee boundaries, though several overflows occurred yesterday afternoon and evening. A live-stream video of the lava lake is available at: https://www.youtube.com/usgs/live.

Rift Zone Observations: No unusual activity has been noted along the East Rift Zone or Southwest Rift Zone; steady rates of ground deformation and seismicity continue along both. Measurements from continuous gas monitoring stations downwind of Puʻuʻōʻō in the middle East Rift Zone have been below detection limits for SO2, indicating that SO2 emissions from Puʻuʻōʻō are negligible.