HAWAII ISLAND: The breakout occurred at 1 a.m. Thursday morning, erupting from the lava tube supplying the distant flows on the June 27th flow field. "This breakout was still feeding a channelized flow to the north this morning," reported the USGS Hawaiian Volcano Observatory in their daily update.

HAWAII VOLCANOES NATIONAL PARK – A large lava breakout on the northeast flank of Puʻu ʻŌʻō began early this morning, and now scientists are keeping en eye out to see how the event will affect the June 27th lava flow.

The breakout occurred at 1 a.m. Thursday morning, erupting from the lava tube supplying the distant flows on the June 27th flow field. “This breakout was still feeding a channelized flow to the north this morning,” reported the USGS Hawaiian Volcano Observatory in their daily update. “It is too soon to tell how important this breakout is or if it will affect the vigor of the distant flows to the northeast.” 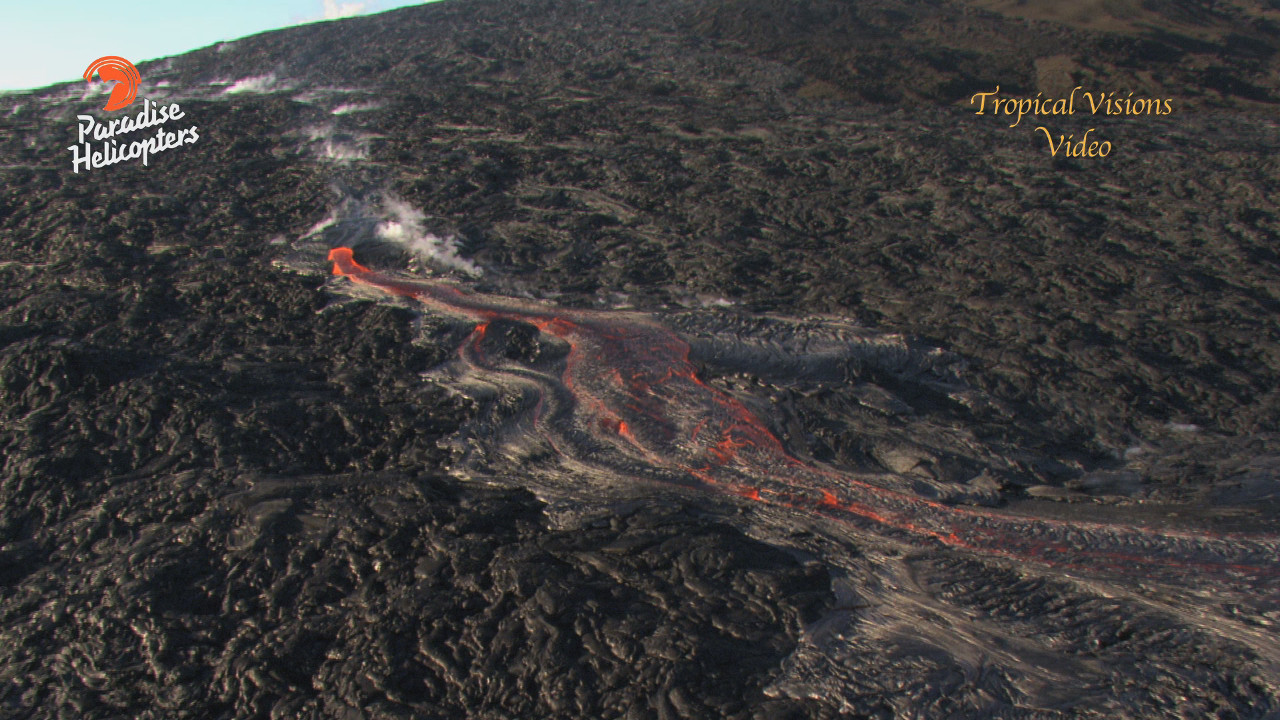 There is also some new activity within the Puʻu ʻŌʻō crater. “Early this morning lava began to erupt from a vent on the northeast side of the crater floor,” says USGS HVO scientists. “The flow was still slowly spreading within the crater this morning.”

None of the lava flows currently pose a threat to communities but are being monitored closely, scientists say.

UPDATE – 3:55 pm – Videographer Mick Kalber of Tropical Visions Video went up over the lava flow aboard Paradise Helicopters today. He captured video of the new lava breakout (uploading now) and offers these observations:

“A new outbreak on the north flank of the vent sent massive amounts of lava coursing down Pu’u ‘O’o today. This was the most surface lava we have observed since the February 23rd eruption in the same area. Volume was perhaps not quite as high as the one six months ago, but that one was all spread out… this one is concentrated in one big flow, the end of which is perhaps three miles from the communities downslope to the north. The eruption continues to be active several miles downslope from this breakout, but the volume is reduced and may slow down even more if the north flank eruption continues. The flow headed almost due east is barely burning the forest. Pele is also only marginally active in the treeline two miles to the northeast of the vent, her activity reduced to a couple small clusters of burning trees. Pu’u ‘O’o’s plume was blowing toward the west today, and skies in east Hawaii were crystal clear.” – Mick Kalber 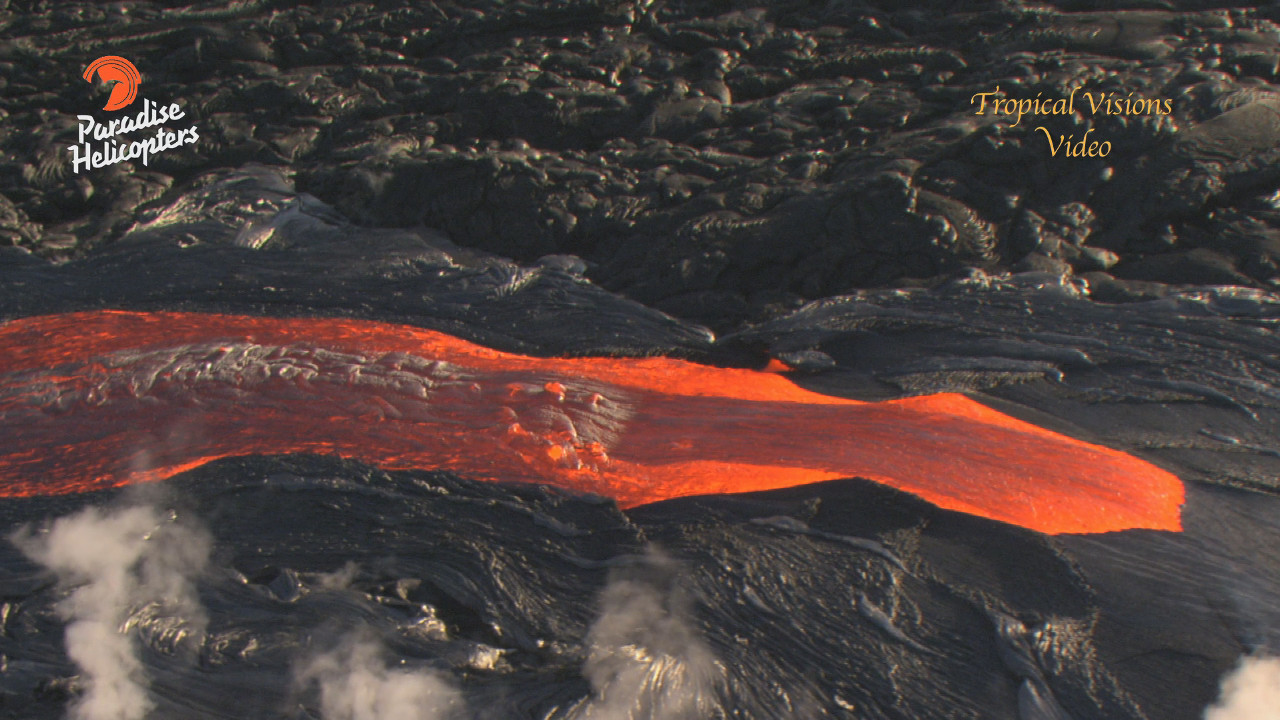 Seismic activity continues across the volcano at low levels, and there was an earthquake with a preliminary magnitude of 3.8 that occurred at 4:39 a.m. this morning beneath Kīlauea’s south flank.