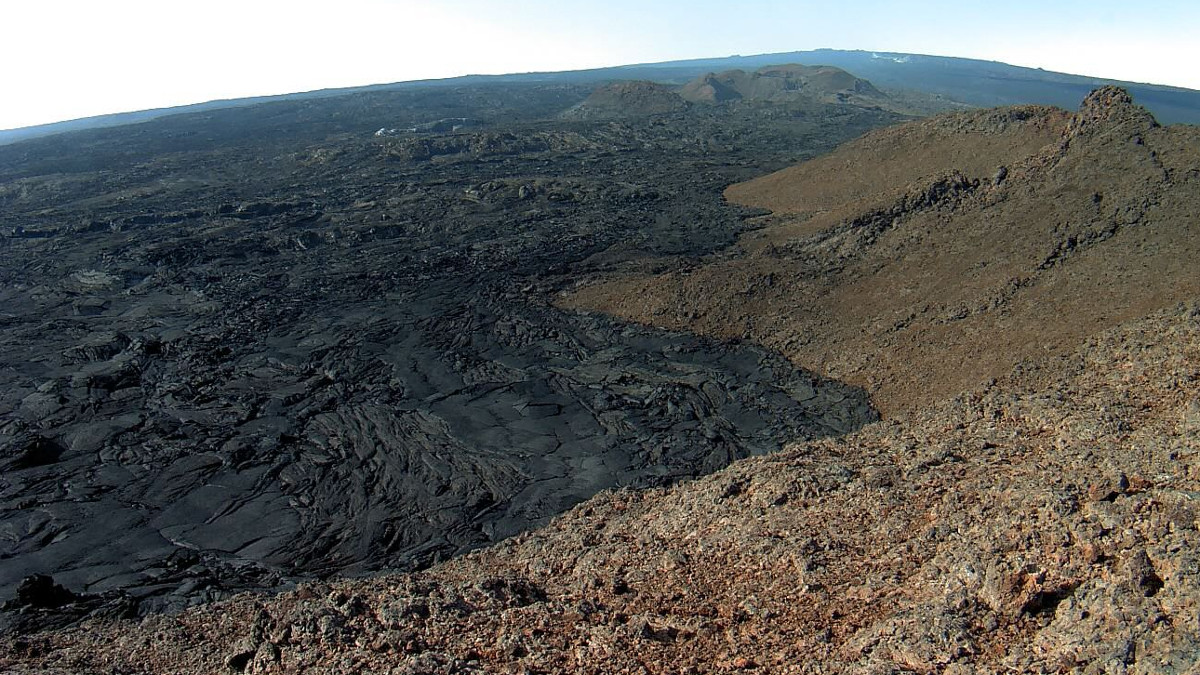 USGS: the upper part of the Southwest Rift Zone of Mauna Loa.

(BIVN) – After over two and a half years on an “advisory” level, the alert status of the largest active volcano on Earth was downgraded by scientists on Thursday.

Even as Kilauea Volcano continues its destructive eruption along the lower East Rift Zone, with dramatic changes underway at its summit, Mauna Loa has been quiet. Today, the USGS Hawaiian Volcano Observatory issued a new Volcanic Activity Notice, changing the volcano alert level from advisory to “normal”, and the Aviation Color Code from “yellow” to “green.”

Scientists monitoring Mauna Loa have been observed “near background levels of seismicity and ground motion at Mauna Loa Volcano for at least the last six months. These observations indicate that the volcano is no longer at an elevated level of activity.”

Here are the official remarks from USGS HVO:

These observations indicated that volcano was not at background levels of activity and the volcano alert level was raised to ADVISORY and the aviation color code to YELLOW in September 2015. It was noted at the time that the increase in alert level did not mean that an eruption was imminent or that progression to an eruption was certain. Indeed, this episode of unrest lasted several years without progressing to an eruption, similar to the period of unrest from 2004 to 2009.

Since late 2017, rates of earthquake occurrence and of ground motion related to inflation of shallow magma reservoirs have slowed to near background levels.

Seismicity has continued to be low during the current activity on Kīlauea volcano. Recent motions recorded by GPS instruments on Mauna Loa are due to the M6.9 Kīlauea south flank earthquake on May 4, 2018 and subsidence at the summit Kīlauea Volcano. None of the activity on Kīlauea volcano has had a detectable effect on Mauna Loa’s magmatic system.

HVO continues to monitor the volcano closely and will report any significant changes. However, the USGS scientists will suspend weekly updates on Mauna Loa, and instead issue monthly updates.