HILO, Hawaiʻi - Puna residents again stated their case to gain access to their isolated homes, which were separated during the recent eruption of Kīlauea Volcano. 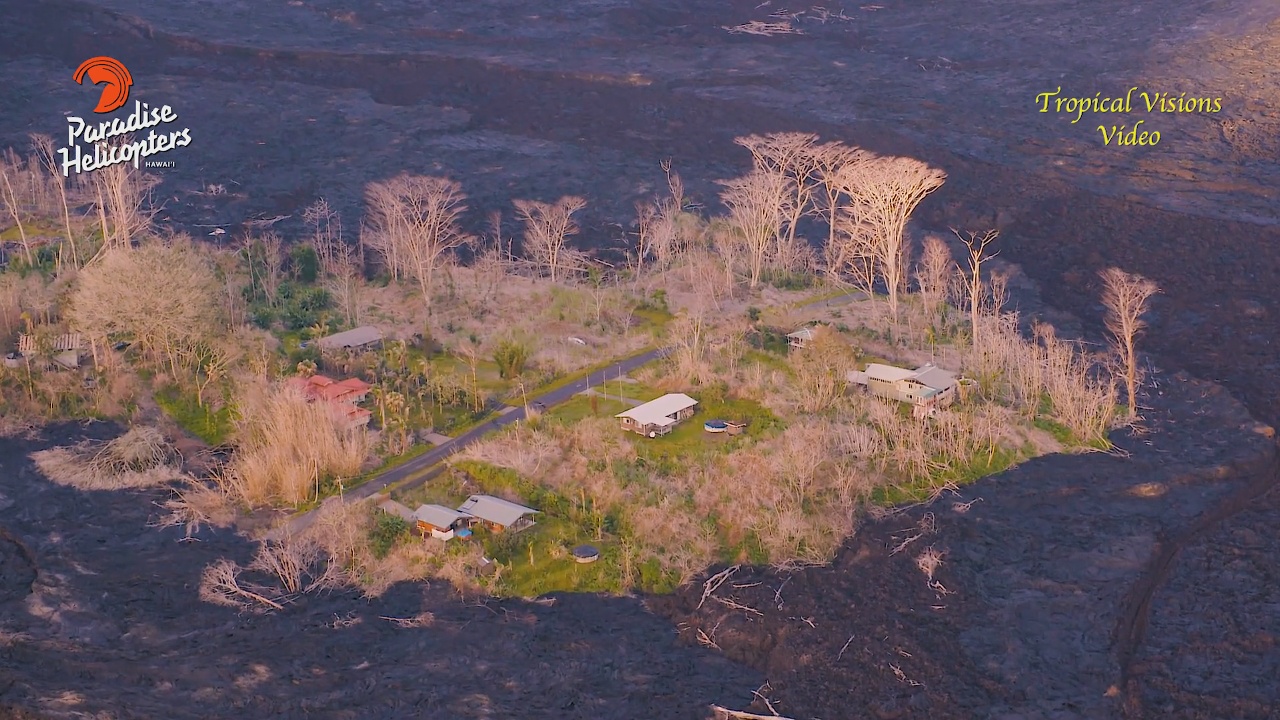 Kipuka in Puna. Image from video by Mick Kalber.

(BIVN) – Recovering lava-inundated areas around Puna’s Highway 132 has been prioritized by the Hawaii County Council.

On November 20, the council passed Resolution 732-18, requesting the administration work on getting alternative roads for residents who were isolated during the recent eruption.

Councilmembers and administration officials held a substantive discussion on the resolution a few weeks prior in committee (video segment below). The measure advanced to the full council with a positive recommendation.

On Tuesday, testifiers – speaking from locations in Hilo, Kona and Pāhoa – shared their stories before the council voted. 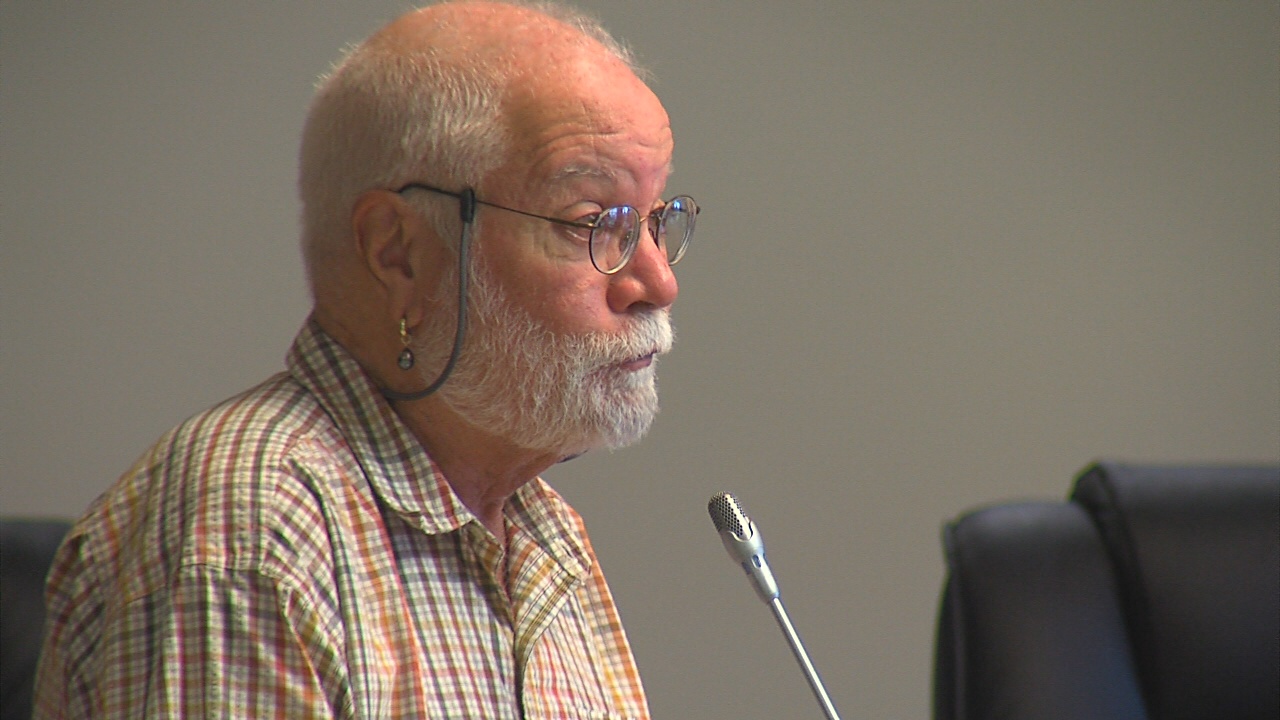 BOBBY CAMARA: “Rather than saying cannot, figure out ways that we can… You know, I’m not sure where to begin. There are a lot of where-as’es in the resolution, but not a lot of detail and maybe that’s the way it’s supposed to be. Numbers seem elusive. Quantifying the numbers of people affected, whether homeowners or farmers – and the locations of their properties – roads, the lengths of roads covered and those that need to be rebuilt to restore access to homes, farms and other businesses may have already been done. If so, that information should be available in the form of geographic information systems maps. There seems to be a lot of hand-wringing and back and forth on various issues. ‘This should never have been built. I didn’t know. What is the government going to do to help us?’ None of this is new. During my life: Kapoho in 1960, the Chain of Craters Road repeatedly, Royal Gardens, Kalapana and other communities in the 80’s and 90’s… were all buried by Pele. And yet we keep going back and building and rebuilding. Why? But that’s a conversation for another time. To open access to residents in need, not to visitors. The course of Highway 132, over the lava, simply needs to be bulldozed, on the lava. Yes, the interior of the thicker flows will remain hot for a while. But the surfaces are all workable now. Install emergency gates were necessary. A gravel road should suffice for the time being to provide access for those who need it.” 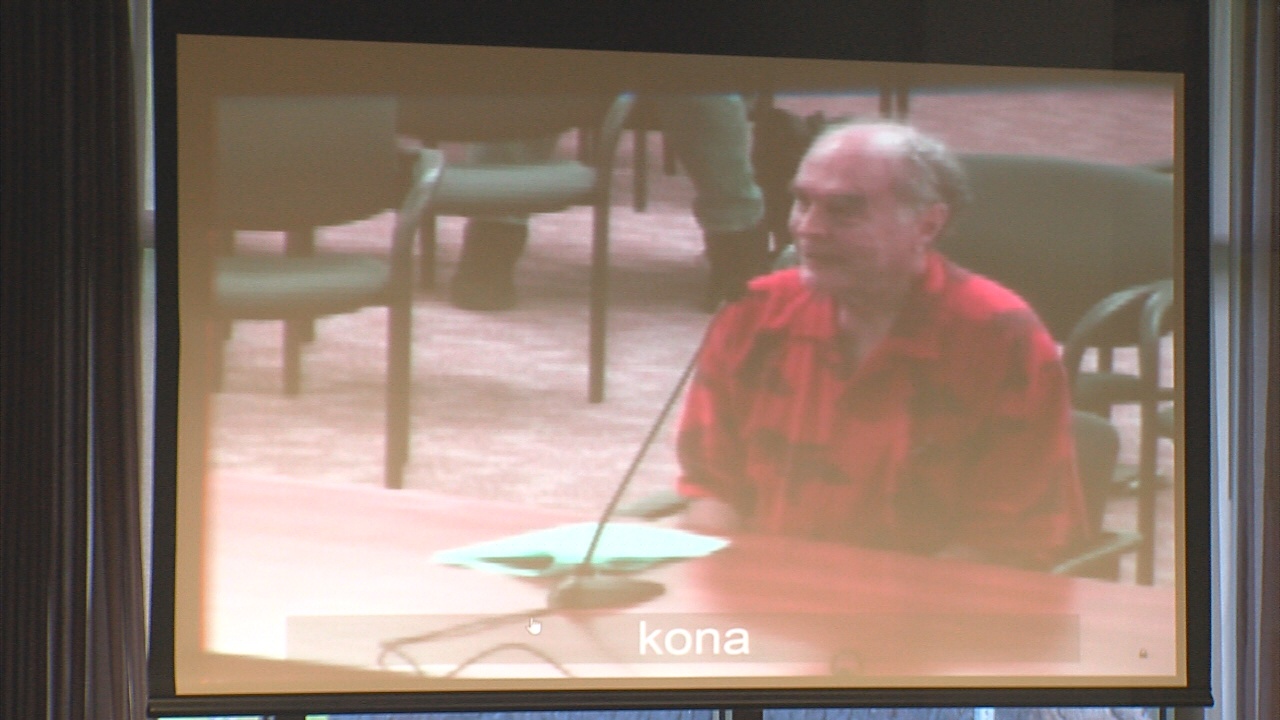 LONO LYMAN: “Our farmers and myself have not been able to get to much of our lands as of May of this year, when the lava cut off 132 in late May early June. The preferred axis from our perspective is over the alignment of 132 and the reason is very simple. It’s an existing alignment going over private land that’s fraught with issues related to the liability. And having a temporary road reminds me of the temporary structures at the University of Hawaiʻi Mānoa where I got my graduate degree in 1970’s. There are temporary structures from the 50’s that are still there being used. So I don’t really think that having a temporary road on private property will be a desirable solution because then it takes the pressure off of using the existing alignment. And I know that the county is very deliberative and looking at what to do. During the lava flow, I and my family did everything we could for the community and working with the County we reopened what’s called Cinder Road, which we had kept closed since Hurricane Iselle because of issues related to vandalism, and a portion of Railroad is still owned by Kapoho Land Development Corporation. So, short term, really the proposal I would think is what Dante Carpenter did in the 1980’s. Which was just bulldoze over the lava. It opened up areas in Kalapana. And unfortunately what happened is it then covered it, again. And I think actually he did it twice. But reopening 132, even on a very crude basis, is the – from our standpoint – the preferred alternative.” 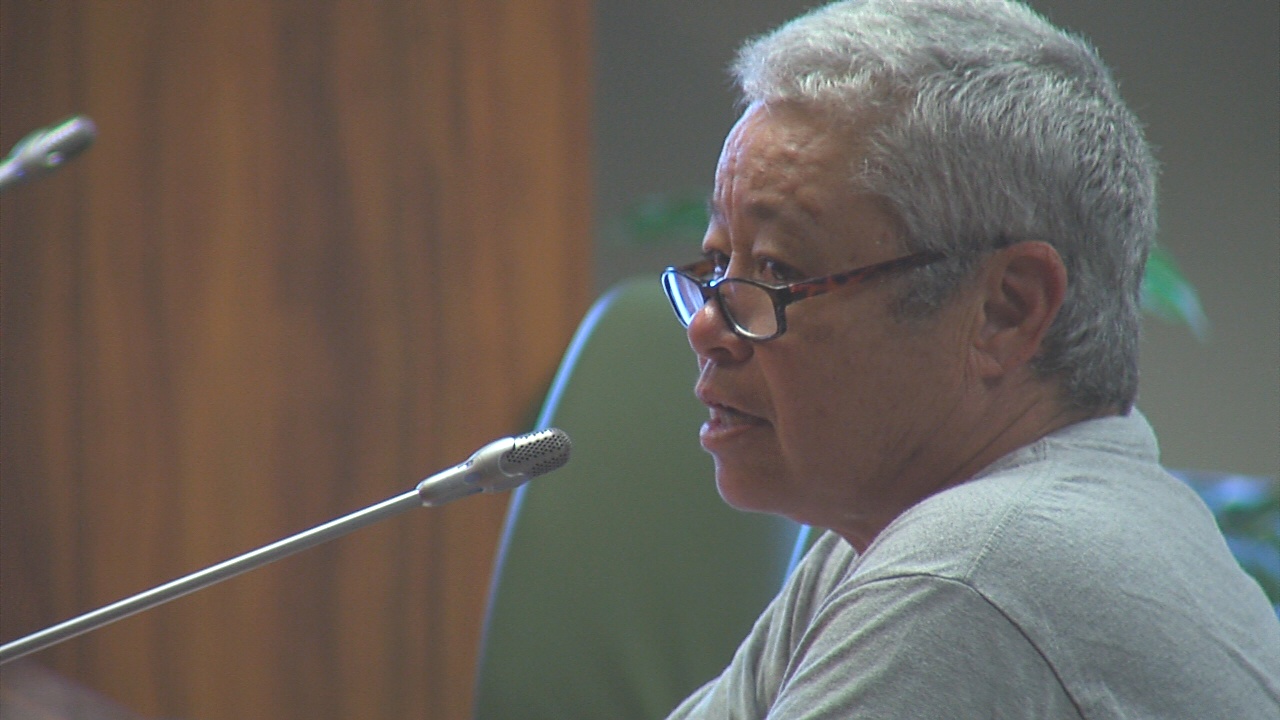 DEBRA KALALUHI: “I live in one of the kipukas and our house is a stone’s throw from geothermal. And we have been been talking to them … and trying to work with them. So I hope that you support them trying to get their permits to make a road into and around. I am just one voice out of all the many that are for the same for the same thing over here and trying to make a road back in. I understand, you know, that the river is hot and the lava is still hot because we hike back into our house and we know that it’s it’s doable.” 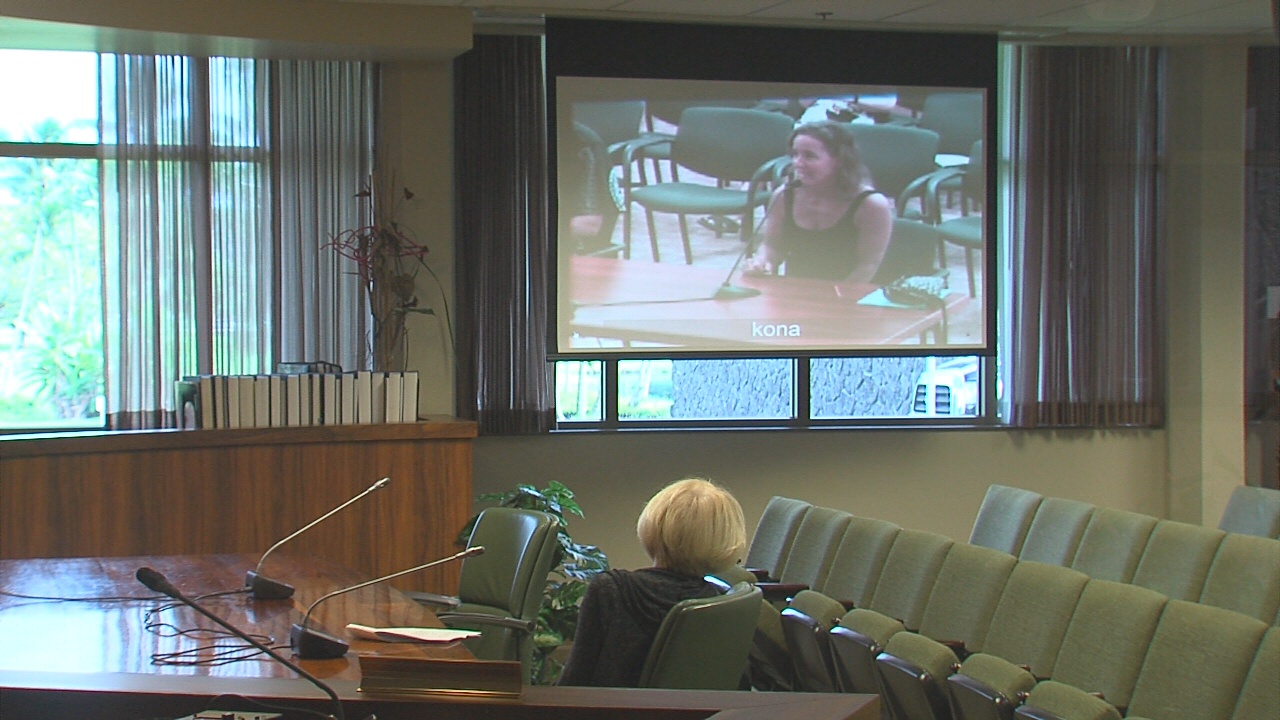 SMILEY BURROWS: “I want to thank all of you. That’s why I’m here in Kona today, because I want to share that temporary easement roads to get us through to the 50 residents and the farms that are intact still, are – as Mr. Lyman stated – not really the most strategic plan. [Expediting] the opening up 132 and working on that as quickly as possible, is going to spur an incredible opportunity for Kapoho to recover and for Puna to recover.” 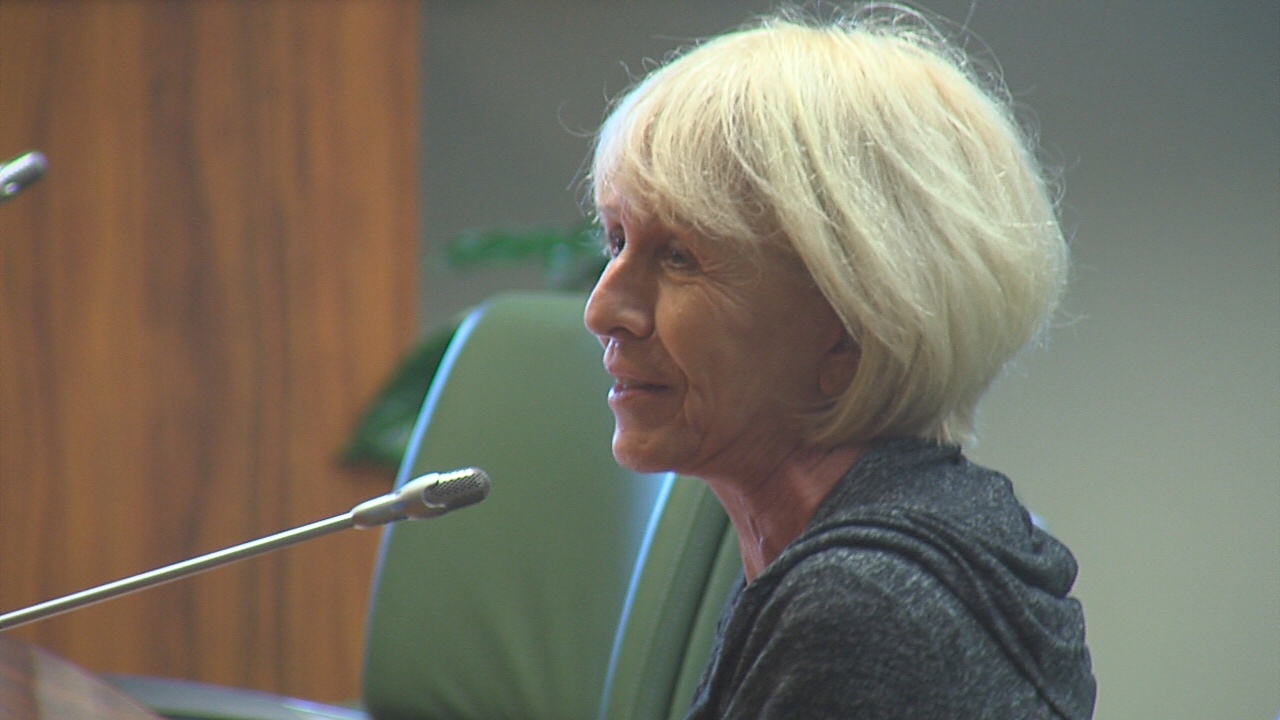 “There’s many of us who could be home for the holidays if we only had a road. I was blessed, my house was spared. The brush fire took our ʻohana and our garage and our outbuildings, but overall I’ve been very lucky. But the rest of my luck depends on the county and the council so please – even a contingency road. The helicopters will not fly hazmats in anymore. So even by helicopter, we can’t bring any fuel for generators.” 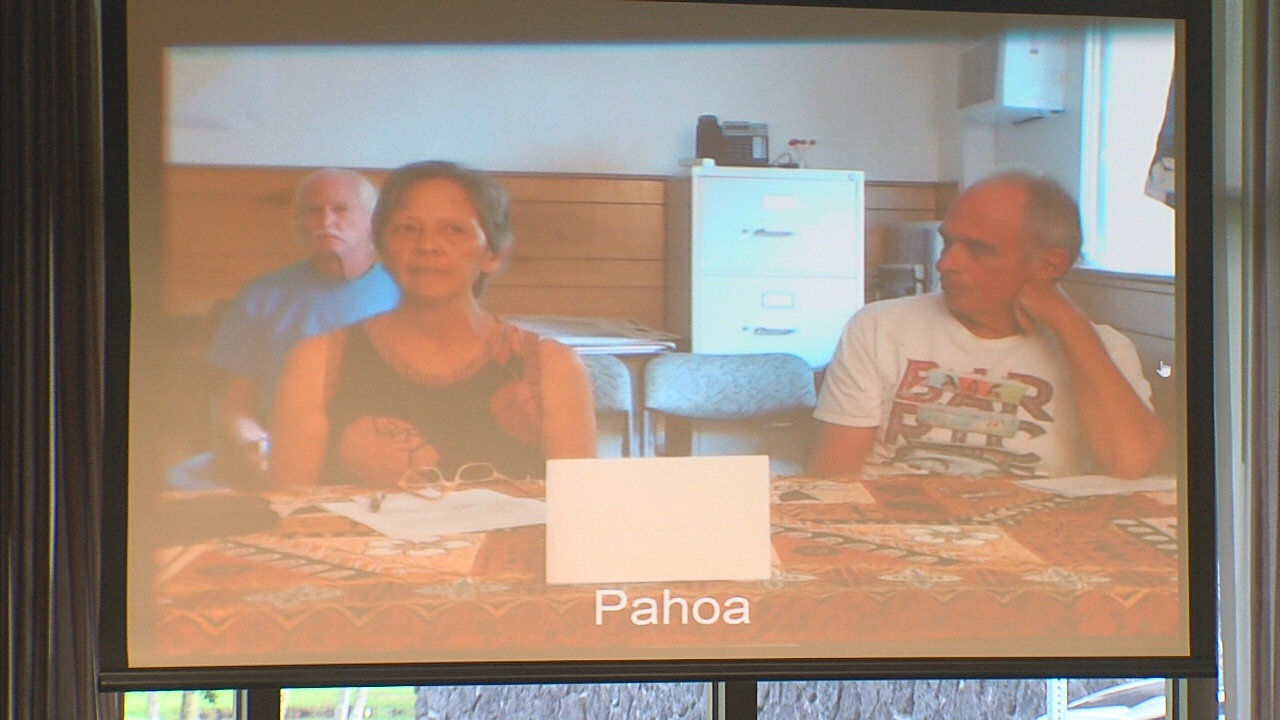 JENNIFER PERRY: “I am a farmer and a resident in the Halekamahina area, although we are on the north side, which was – on the all the maps… the green side of the lava river. We’ve been there since 1974. The lava took ten acres of our farm but we still retain 47 acres. We are able to get back to our farm because some neighbors of ours called and said ‘we realize that you are kind of locked in, but you can go through our properties.’ So we had one neighbor who allowed us to cut a hole in his fence. And we were able to get back to our farm and we can do some work there. My concern is for two groups of people. One is for the group that is inside the lava-locked area that cannot get home… Our land is kind of in a unique situation where we have been able to allow residents of Halekamahina and Kapoho on both sides of Highway 132 to get to their properties by hiking over the lava flow right near our property, and they do this with Civil Defense approval, and my other neighbors’ approvals. We get maybe eight to ten people every week who want to hike over to check on their properties, maintain it. They carry in gasoline and diesel and all kinds of supplies by backpack over the lava flow. But they need a way in. They need a way in that is safe, where emergency vehicles can also get in that way. So opening 132, I agree, would be a wonderful route for them. There are several homes in there. Farm Service Agency did a survey during all of the Civil Defense meetings in Pāhoa School and they found over 200 farms are affected in that landlocked area. One of my neighbors is a papaya farmer and we were looking over the flow one day and she goes ‘oh, look there’s my farm, it’s still there.’ So she still had some papayas that she could see from our side of the river the lava over to the Halekamahina-side. They want to get back in and maintain those fields.” 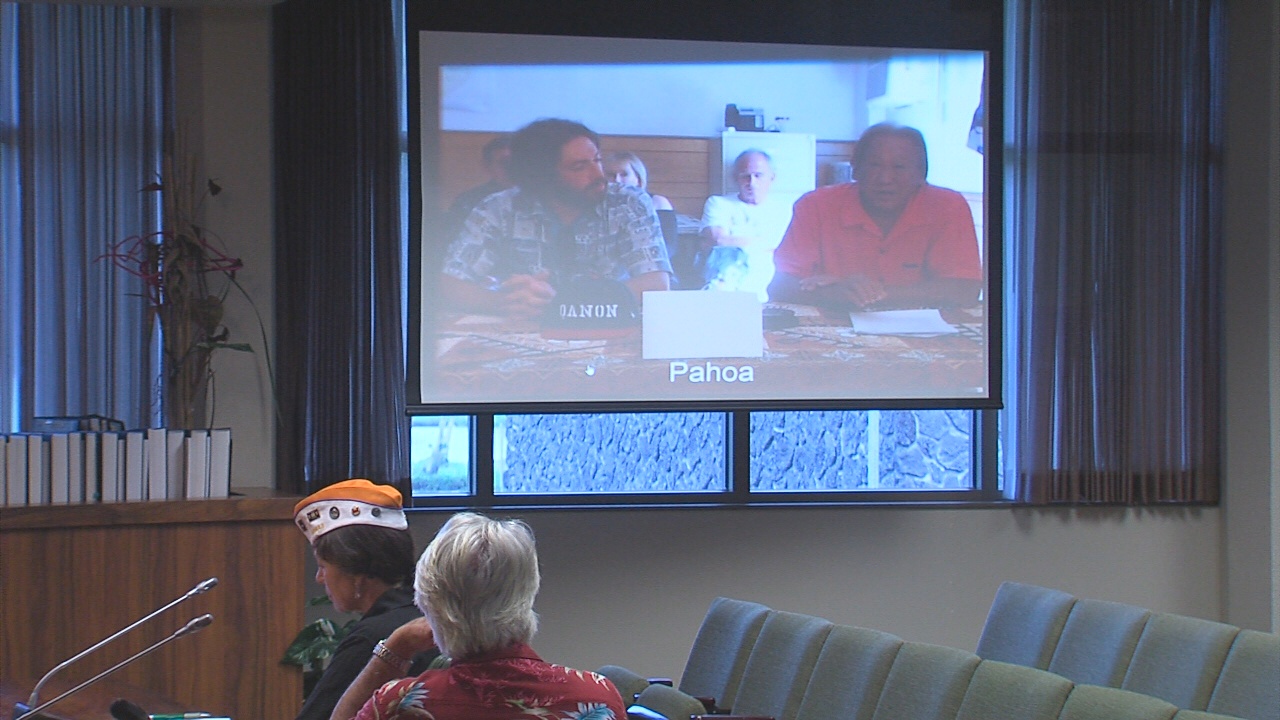 STEVE HIRAKAMI: “The best thing to do is provide the emergency access and not wait to rebuild the road. We can rebuild the road at a later time. But rebuilding the road with being grading it down to the original grade and that’s hot lava. But as recently evidenced by the opening of 137 to Pohoiki, it was evident that it took two weeks and it’s a real nice access. But you know, more ever than giving access to 150 homeowners and and the farmers there, it gives hope to this whole Puna community. I can I can hardly describe all the kupunas that were allowed to go in from all the way from Kapaʻahu to Kapoho. They went in this weekend, Friday Saturday and Sunday, and got to marvel at the beach they visited when they were kids. And you know what, it gave them not only hope, but it gave them faith in government that government was actually considering them and not casting them and ‘all those Punatics’ and you know, ‘ they’re stupid they’re out by the lava’. The kupunas came down and when they walked on the black sand beach for the first time and they had known it as a harbor – a boat launch – and they they just simply said ‘this is a miracle’ and and by seeing that and by giving access by the emergency access over 137, it really restored faith that something can be done.”