Winners were selected from 63 entries from across the country and around the world, including 10 made in Hawai’i. The made-on-Maui film, “Get A Job,” starring Willie K, Eric Gilliom, Augie T, Henry Kapono and many other top Hawaiian entertainers, won 2011 Audience Choice Feature.

“Get A Job” screens tonight at the Best of the Fest event at The Fairmont Orchid, Hawai’i Plantation Estate, along with Henry Kapono in concert and Audience Choice short “The Historian Paradox.” Doors open 4:30 p.m.; concert begins at 5:30 p.m.; movies begin at 7:30 p.m. Beach chairs welcome, no coolers please. (Free parking).

“Layover, On the Shore”

“Queen of the Lot” 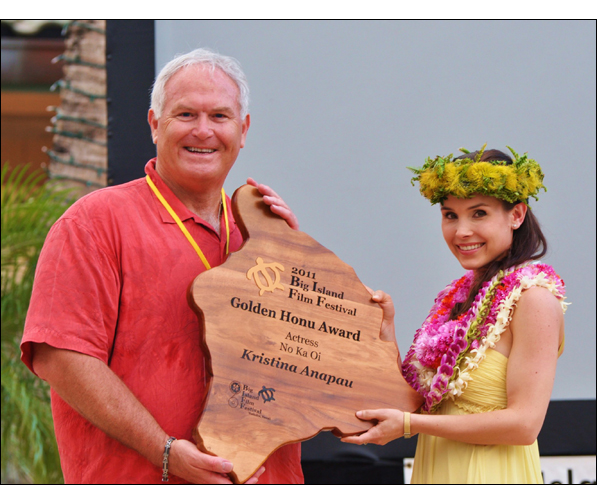