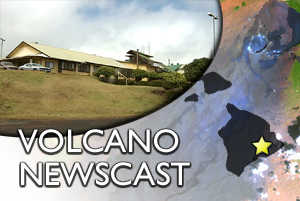 Park officials say Hilina Pali Road will be closed to traffic during the day on Thurs., Oct.27 and Fri., Oct. 28.

Hikers wanting access to backcountry trails and campsites including Halapē are encouraged to use other routes, such as Mau Loa o Mauna Ulu, or get their backcountry permits a day early at the Kīlauea Visitor Center and plan on a sunrise departure.

The following parking lots within the national park will be partially or temporarily closed next week:

Thurston Lava Tube (Nāhuku) and Kīlauea Iki parking lots will have limited accessibility on Thurs., Nov. 3. Thurston Lava Tube’s parking area will be closed in the morning while road crews patch the pavement and seal cracks, but will reopen in the early afternoon. One of the two Kīlauea Iki parking lot entrances will be closed at a time while crews improve the area, but limited parking will be available.

In addition, work continues on Crater Rim Drive, the bike trail and pedestrian paths near Steam Vents and Sulphur Banks, and the sidewalks at Kīlauea Visitor Center. All remain open, however the public should expect
15-minute delays in construction areas.

KULANI, Hawaii: There are a few items on Friday’s land board agenda dealing with the former Correctional Facility located far from town at the end of Stainback Highway.

In 2009, an outgoing Governor Linda Lingle made the sudden decision to close the prison, citing high operating costs, and instead turned the facility over to the state Department of Defense to operate a Hawaii National Guard Youth ChalleNGe Academy for at-risk youth.

Advocates for the prison – and employees – protested the decision…

But ultimately, the deal went through. The Youth ChalleNGe Academy took over, and Lingle herself was onhand for the re-dedication of Kulani for the new program. The first class of cadets began in January and graduated in June. The second class is now underway.

But now Lingle is out… seeking higher office at the U.S. Senate.. and lawmakers are looking to reverse the decision. The state’s Public Safety Director has requested that the 622 acres return to use as a prison. The state legislature has paased a resolution urging the return of the prison at the Kulani.

The Youth ChalleNGe Academy will need to fins a new home… the new Keaukaha Military Reservation near Hilo International Airport is the most likely candidate. And the governor will have to sign an executive order to re-establish the prison under public safety.

The DLNR is also recommending to the board that the Division of Forestry and Wildlife be granted a right of entry to gather data on the 340 acres outside the 279 being used by the Youth ChalleNGe.

The board will also decide on whether or not to grant a contested case hearing to three different organizations who are against the current use of the Kulani facility. DLNR staff says the Community Alliance on Prisons, DMZ-Hawaii / Aloha Aina, and Michael Kumukauoha Lee all lack standing in the matter, and should be denied a contested case hearing.