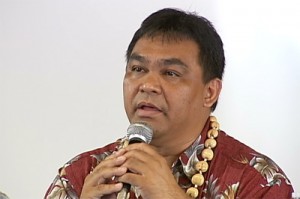 As council chair, Yagong heads the Legislative branch that oversees the elections program. The County Clerk – Jamae Kawauchi – has said little about rumors of an investigation into the election process conducted by authorities at the state or federal level, as reported on Hawaii News Now.

Last week, Scott Nago – the Chief Election Officer of the state of Hawaii – sent a stern letter to Kawauchi concerning the apparent confusion at the elections division.

The comments were made during a political forum involving the candidates for Hawaii County mayor – of which Yagong is one – hosted by the Big Island Chronicle. The question was asked by forum moderator Sherry Bracken of the Big Island News Center.